You won't be able to create and customise your character in Sea of Thieves the same way you would in other games.

When you first jump into Sea of Thieves, you're not going to find a traditional character creator with sliders and presets. Instead, the game will use tech Rare is calling the Infinite Pirate Generator to create one for you.

At the start of your adventure, Sea of Thieves will generate eight pirates based on random components like race, gender, age, body type etc. You'll be able to choose one of the eight afterwards.

Eurogamer picked up on this detail at a recent preview event, and added that you'll be able to view the character performing different animations and in different poses, just to give you a better idea of how it's going to look in-game.

You can repeat this process as many times as you want, generating eight characters every time you do so. That's about it, though, you won't be able to make any granular adjustments.

One of the reasons Rare didn't just want to have a typical character creator is actually gameplay-related. By essentially controlling the looks of players' characters, the developer can create game mechanics that change your a character's appearance. 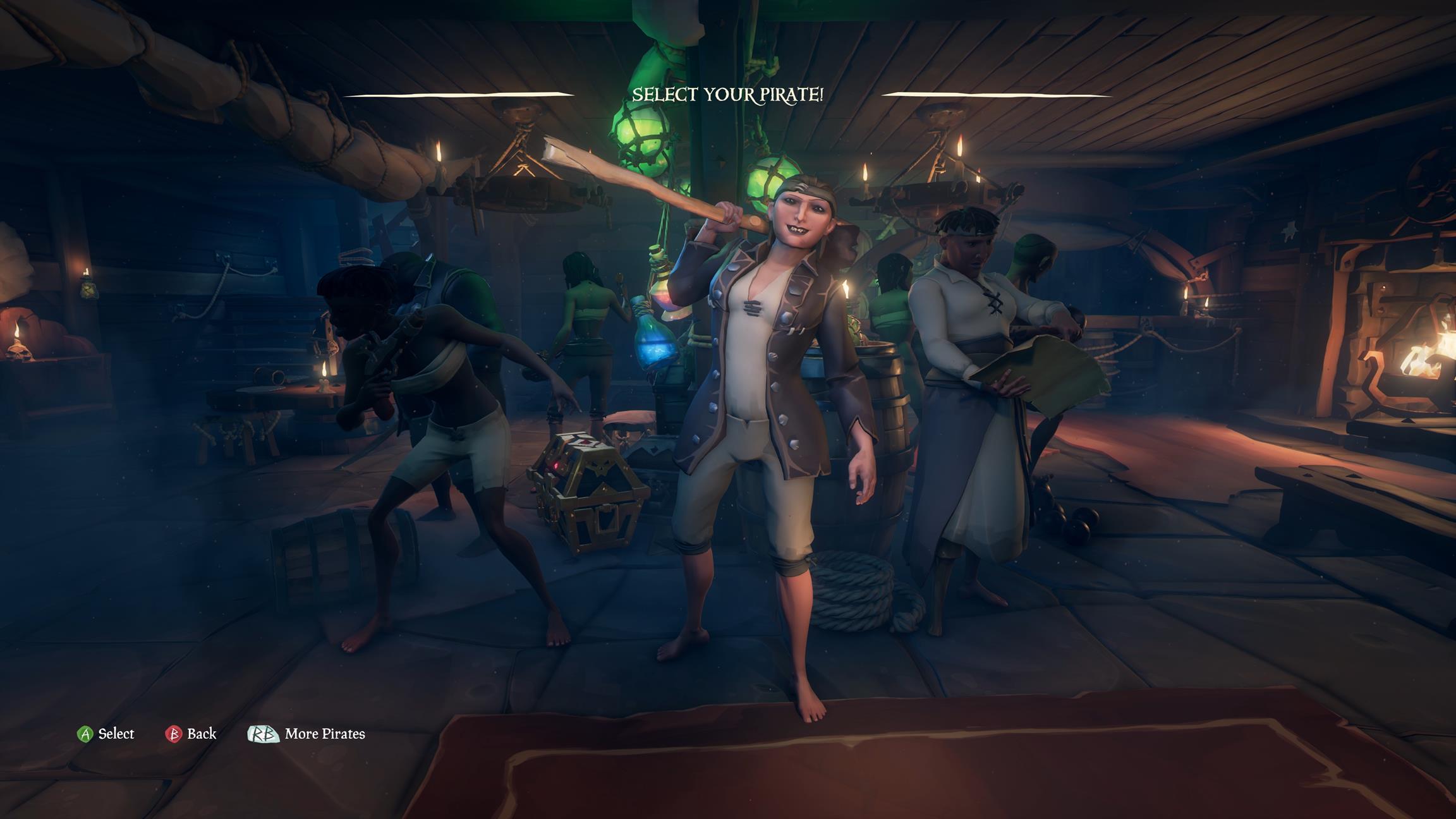 Studio director Craig Duncan gave the example of a "fountain of youth"-type feature that could dramatically change the way you look, which can only be done if Rare is able to control the different mutations. This feature is not in the game, however.

"It will encourage players to pick a character who wouldn't normally be a character they would create in a character creator. It's not about just making ourselves," added Duncan.

Developer Rare unveiled the Sea of Thieves PC specs revealed yesterday, and confirmed that the game will never have loot boxes.

Sea of Thieves is out March 20.