Who is the Mysterious Stranger in Sea of Thieves?

When you start your journey in Sea of Thieves, you may notice a shadowy character on the starting island. That’s the Mysterious Stranger, an enigmatic character that seems to be at the core of the game’s biggest mystery. 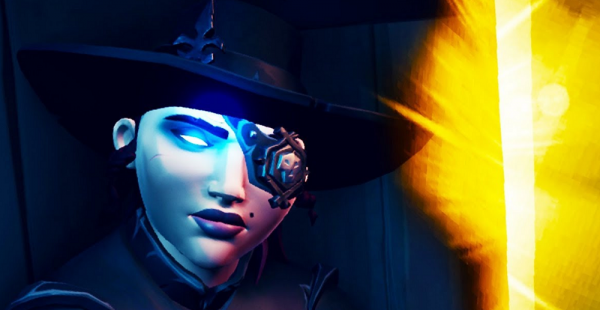 If you go to one of Sea of Thieves’ outpost islands, you should be able to find the Mysterious Stranger hanging about at the back of the tavern, draped in shadow.

Speak to them and they will tell you that you are not yet a powerful enough pirate. They will then give you a riddle.

The riddle essentially boils down to: get to level 5 with each of the game’s three factions. Once you have done that, go back to the Mysterious Stranger and they will tell you to get to level 10. This keeps going, as you may have guessed.

One of the most plausible theories at the moment is that the Mysterious Stranger is your portal to the endgame: becoming a Pirate Legend. So, what does this entail?

Before release, developer Rare spoke to the media about Sea of Thieves’ endgame. Hidden somewhere in the world is a secret pirate hideout that is only accessible to Pirate Legends.

It has its own NPCs, its own tavern, and its own legendary voyages. You also get access to new customisation options, essentially being free to create your own Black Pearl. This is likely when players will be free to name their vessel.

The Mysterious Stranger seems to be linked to accessing this endgame, so keep chipping away with the three main factions and it looks like you’ll get the location to the secret pirate hideout as a result.

If you want help getting there, we have guides for how to do Gold Hoarders, Order of Souls, and Merchant Alliance voyages.

Since you're here, why not read the VG247 Sea of Thieves review.

Know anything else about this enigmatic entity? Let us know in the comments.