Scorn director Ljubomir Peklar reckons that despite all the talk about solid state storage, the real game-changer for next-gen hardware will be decided by each console's built-in CPU.

Scorn, currently in development at Ebb Studios, was originally supposed to be designed as a pair of games for Xbox Series X (it has since been confirmed that these plans were scrapped, and Scorn will instead launch as a single story that is playable from start to finish).

In a recent interview with MSPowerUser, Peklar explained the reasoning behind Ebb's decision to gear up for next-gen.

“We didn’t [want to bring Scorn to current-gen] because we want our game to be played at 60fps," Peklar said. "That would be close to impossible without big sacrifices. Next-gen is about responsiveness, smoothness and a lot less time wasting. The problem with these features is that they are not easy to sell in videos or screenshots.” 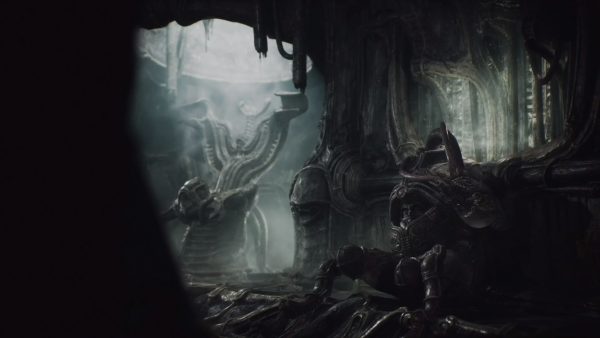 Peklar went on to suggest that next-gen capabilities will largely be defined by CPUs.

"Next- gen hardware makes it easier because you don’t have to do so much leg work and you can just concentrate on art,” Peklar added.

Scorn was first shown during last week's Inside Xbox game reveal, which was controversial to say the least. Originally labeled as a gameplay showcase, the event mostly constituted a range of pre-rendered footage not too far detached from a standard launch trailer.