Over at Humble today, you can grab Vanquish from PlatinumGames, with an extra 25% off. This one ends soon, though, so be quick.

The frantic, very silly and mildly insane action shooter that is Vanquish from PlatinumGames and legendary game designer Shinji Mikami is reduced by 25% in its freshly remastered PC form over at Humble as the site's deal of the day right now. By its nature, a deal of the day means you only have mere hours to grab a copy of this one while it remains discounted to £11.24 / $14.99. 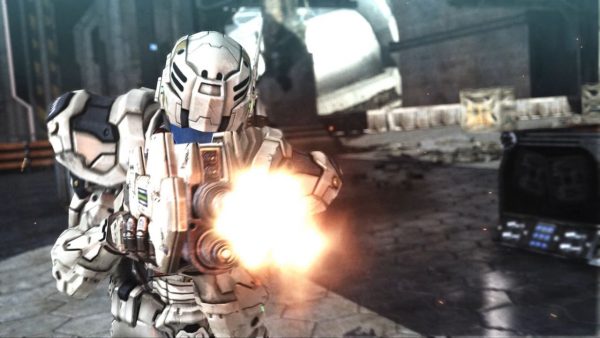 Originally released on Xbox 360 and PS3, Vanquish is a sci-fi action shooter that puts you, as the player, in the role of someone in a mech suit that has rocket knees. Enough said, really.

The newly-remastered PC release features an unlocked framerate, HD resolution textures, many more graphical options and more. You have a matter of hours to grab a copy of this one before the offer goes away, at least for now.

While you're there, you may want to take a quick gander at Humble's Female Protagonist Sale, which is also set to end at 6 pm (BST) today. There's a bunch of great games in there with up to 80% off.