Hard-as-nails MMO survival game Rust received its long-awaited console release on Friday. Now PS4 and Xbox One owners can join in the fun of running around buck-naked in the woods trying not to die (and mostly failing).

If you've already experienced Rust on PC there aren't many differences of note, but if you're entirely new to the game you likely have a few questions. One of the big ones we've seen cropping up is related to base building: namely, how do you demolish a wall after you've built it?

How building walls works in Rust: the ten minute rule

Rust is not a kind game, but in its effort to be as brutally unkind as possible it does raise some interesting game design questions. Base building is a great example of this: we're so used to video games making it very easy to build and tear down structures, it's easy to forget how hard these things would be to achieve in real life.

For example: how does a game convey the realism of building a sturdy wall, only to decide you wanted it somewhere else, in a way that punishes you for making mistakes without becoming totally, unplayably frustrating?

The compromise Rust reaches is the ten minute rule. For ten minutes after you place a wall, you have the option to pick it up and move it somewhere else. 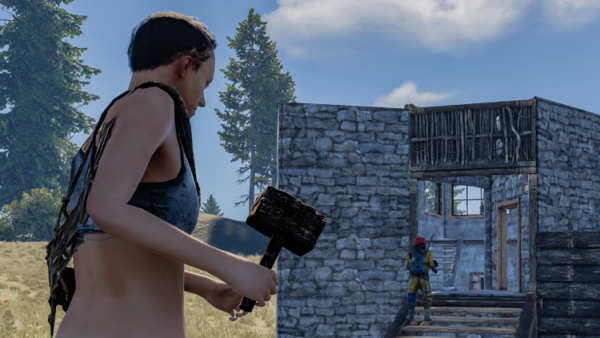 This is forgiving enough to allow you to immediately correct any genuine placement mistakes, and gives you a few minutes' grace period to change your mind about your original plan as you build.

It's important to note that this doesn't give you the option to demolish the wall: you built it, you bought it, so you're not getting those raw resources back no matter what you do. It does, however, allow you to tweak your base design as you go without sacrificing too much authenticity.

On the other hand, if you decide you want to get rid of a wall after your ten minutes are up, things get a little more complicated.

How to demolish walls in Rust

There's no straightforward option to demolish your own structures in Rust. However, this game has a heavy PvP element and as such, there are ways of destroying walls that you can also use to your own base-building advantage. They just take a bit of patience and/or planning.

Option 1: Wait for it to decay

All building materials in Rust are subject to decay. It takes a few hours in real-time for an unmaintained wall or other structural component to decay:

Decay is one of the challenges you face in Rust, but if you want to get rid of something you built, it can work in your favour.

To ensure that a wall decays as quickly as possible, remove all materials of its tier from the cupboard so that the structure doesn't auto-repair. Many players recommend upgrading your wall to the next material tier first, so you know exactly how long you need to leave it. 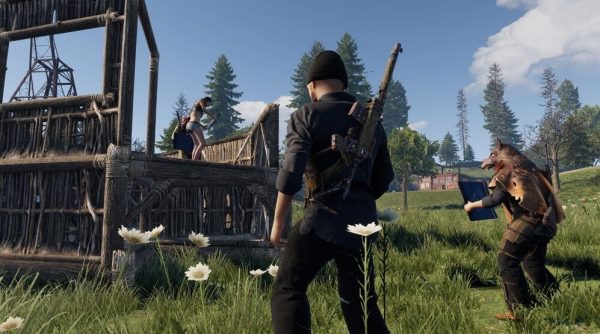 You can log off while you wait, since structural decay still occurs when you're offline. However, bear in mind that if the wall you're out to destroy is an external part of your current base, it pays to be around when it's due to collapse. Otherwise you leave your character and their precious survival gear vulnerable to raiders in your absence.

Option 2: Blow it up

While I'm not at all condoning this as a real-life solution to any of your problems, in Rust you might find it useful to get hold of some C4 to tear down those pesky unwanted walls.

In theory, attaching a Timed Explosive Charge to the structure you want to bring down is much quicker than waiting for it to decay, especially at the higher building tiers.

I say "in theory" because getting hold of all the materials you need to hand-craft an artisanal C4 charge isn't easy — and might in fact take longer than just waiting would.

However, do consider that it's not exactly a bad idea to have some extra C4 on hand in Rust. After all, you never know when you're going to need (or want) to blow something else up to get ahead, whether that's a part of the environment or a rival player's base.

To craft a single Timed Explosive Charge, you need the following resources:

Cloth and Tech Trash are relatively easy to find, but you need to make Explosives for yourself using the following ingredients:

Throw the Timed Explosive Charge and it should stick itself to the nearest structural surface. After that, you have ten seconds to retreat to a safe distance.

Discounting the time it'll take to make one charge of C4, this is the quickest and surest method for getting rid of your unwanted walls. However, it's very loud (which can be a problem if you don't want to alert enemies or other players to your location) and lacks precision.