Following ZDNet unearthing an online portfolio that made mention of new Xbox hardware coming in 2015, the author of the page has reportedly confirmed it's a fake.

The portfolio appeared to be team member of Microsoft's Interactive Entertainment Business Design Group. Not so.

Ben Peterson, the designer in question, said to Eurogamer: "I'm a student designer, it's not real."

Peterson's site says he is collaborating with MS to investigate "future user experiences and hardware for 2015" for the IEB design group, with work beginning as early as this month.

The page also showed what could be a work sample of Peterson's work. There's a capture of it below.

The story's travelled far and wide today, with next-gen hardware creeping steadily up the agenda as tomorrow's hottest topics: only last month, it was discovered that Microsoft was hiring positions for yet-to-be-released consoles. 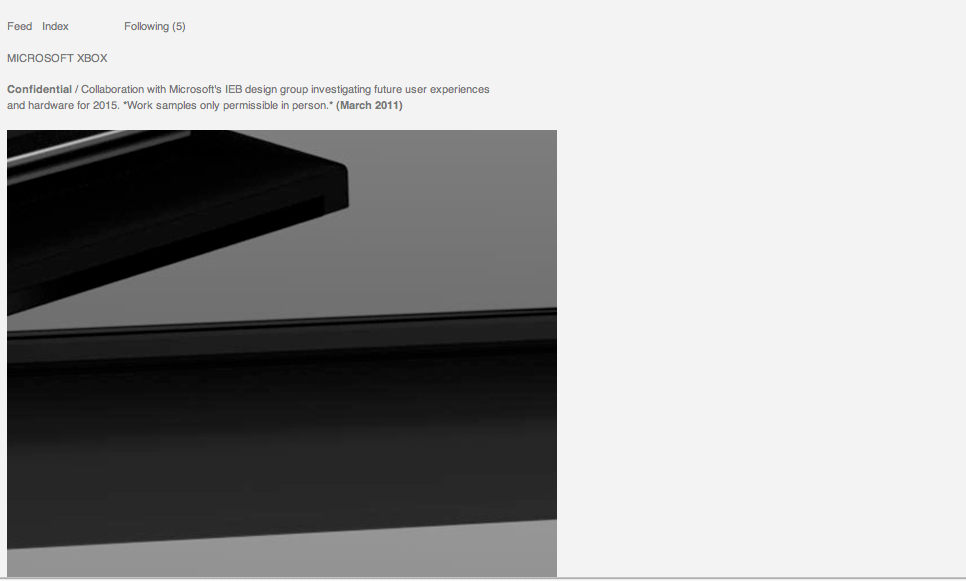