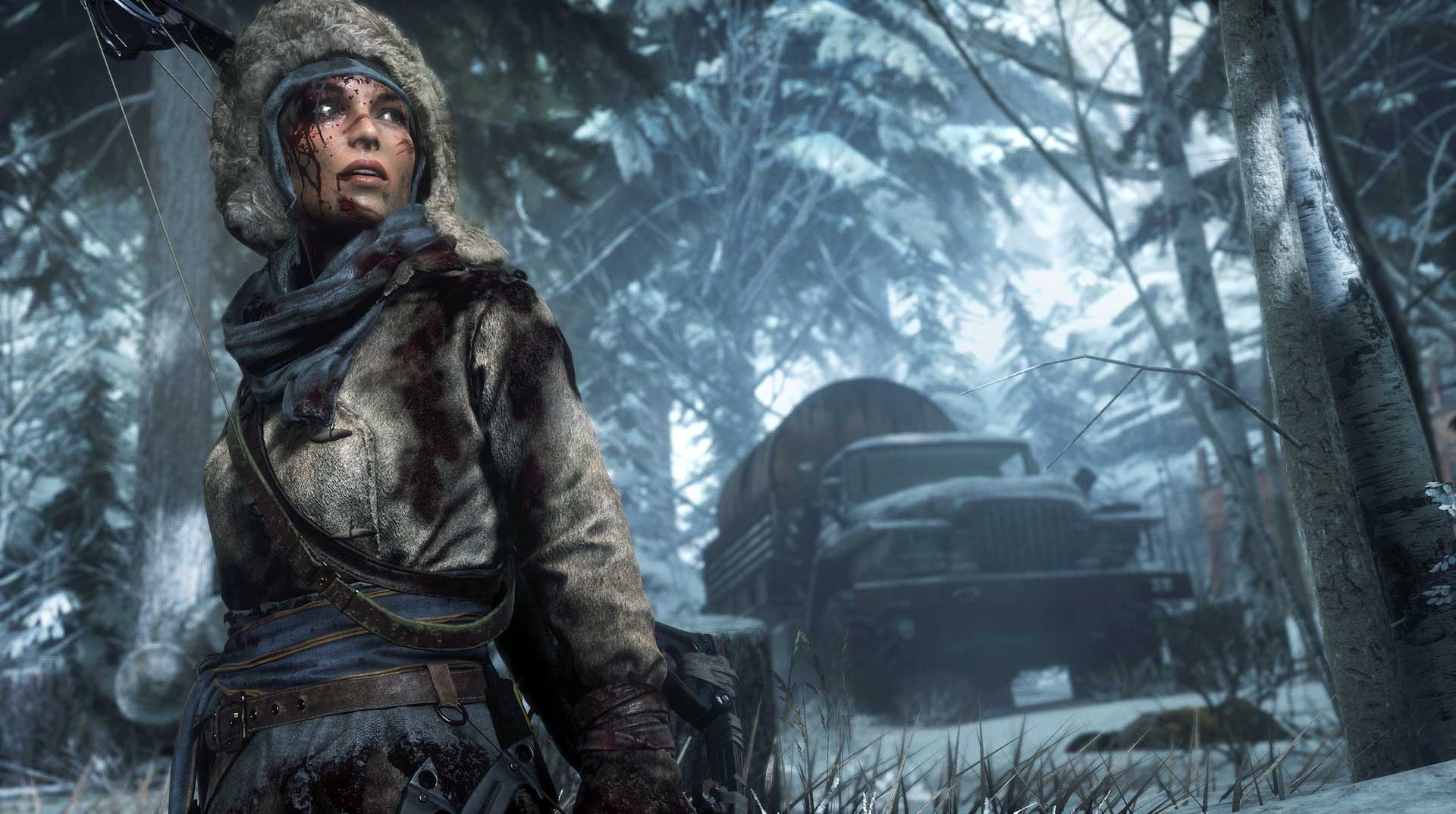 One of the advantages of a late-to-market release of a game on a particular piece of hardware is that public consensus has had some time to settle in. Back in November of last year Pat called Rise of the Tomb Raider "a genuine technical advancement for single-player third-person action games," and a "high achievement". That's high praise indeed, and it stuck - Rise of the Tomb Raider is still well-regarded a year later.

I did wonder how Rise of the Tomb Raider's PS4 launch would fare at the time - once the Xbox One exclusivity was up it'd be a post-Uncharted 4 world, for instance. Rise is a great game, though, and arguably the game that's allowed the rebooted Lara Croft to step out of Nathan Drake's shadow properly.

"There's a lot to do here, with included content old and new adding up to make for a great value package for PS4 owners."

The Uncharted influence is still there in heady set-pieces and perhaps a few too many sequences where you hold forward and watch things collapse, explode and generally go wrong for poor Lara, but Rise of the Tomb Raider also solidifies the manner of its exploration branch of gameplay, and that alone is enough to drag you off that well-beaten and set-piece laden path and into something more interesting.

Pat's review from back in 2015 is fantastic and still as relevant now, so I'm not going to go on about what I think of Rise of the Tomb Raider as a base game. You can go and read his review for that.

I will offer a little summary: I think it's bloody excellent, and while its story presentation isn't as slick and its visuals not so much of a standard-setting stunner I will say (whisper it) that I preferred Rise to the fourth Uncharted. It's by no means perfect, but it's a really good action-adventure romp.

With that said: So, what about this PS4 version, then? What's new in Rise of the Tomb Raider: 20 Year Celebration?

At a basic level, this is a standard-issue Definitive Edition type package that tosses in all the additional DLC from the original Xbox One and PC release. On top of all that there's some all-new content. There's a lot to do here, with included content old and new adding up to make for a great value package for PS4 owners. The big new chunk of content is Blood Ties, an additional side story that takes place entirely in Croft Manor, Lara's iconic home that formed a hub of sorts in some of the classic PS1 games.

Croft Manor seems an appropriate place to return to for the PS4 release and the 20th anniversary of the series. Though the series has been rebooted, this add-on is treated as a way to flesh out a bit of Lara's backstory. The entire thing is also playable in PlayStation VR if you so wish.

"Blood Ties is a well-written narrative experience that's surprisingly but also refreshingly light on the actual gameplay - it's heavy, instead, on the fan service."

It's Gone Home, but Tomb Raider. Lara walks around her manor home on a stormy night discovering documents that shed new light on the relationship of her parents and other such items of backstory. There's hidden maps that'll help you find some less obvious little items. It goes on for a couple of hours at most, but the manor is packed with little details. Blood Ties is a well-written narrative experience that's surprisingly but also refreshingly light on the actual gameplay - it's heavy, instead, on the fan service.

Crystal Dynamics don't let the new Croft Manor map go entirely to waste and retool it for the other major addition, Lara's Nightmare. This is essentially a little zombies mode that sees you blasting your way through the manor in the same style as the expedition missions that were included with the original game. This too is fun stuff, though considering in the main game you spend some 18-plus hours battling enemies it's not quite as exhilarating or fresh-feeling as the very different Blood Ties. 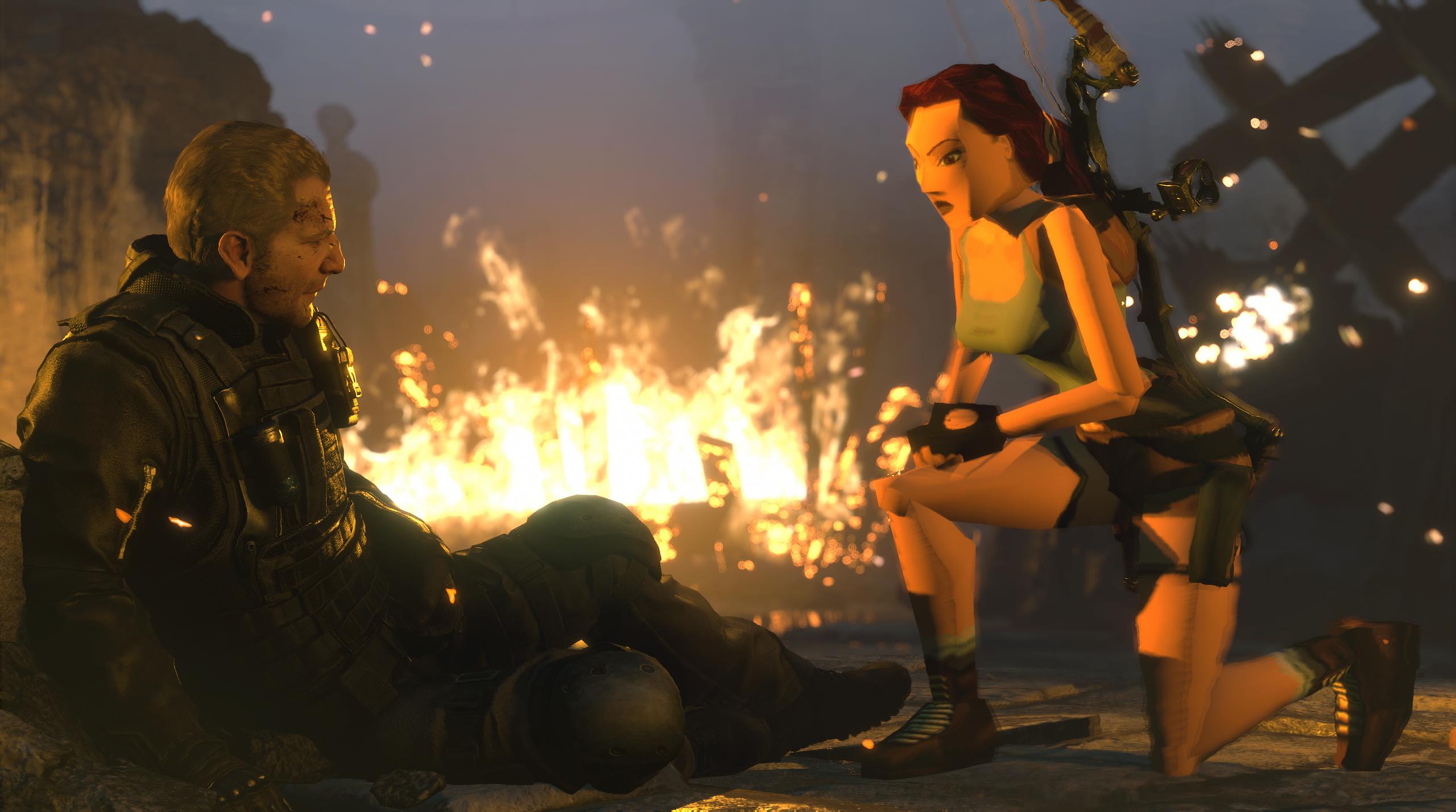 Beyond these significant playable add-ons there's also some brilliantly kitschy character skins for Lara that make her look exactly as she did on PS1, a new difficulty level and the ability to play the game's endurance mode co-operatively. Endurance was added to the original releases later on, and is a pretty solid attempt to merge survival game concepts with Rise of the Tomb Raider's mechanics.

These add-ons are available for the PC and Xbox One versions of the game as regular DLC too, though the VR version of Blood Ties is currently a PlayStation-only deal.

In terms of the quality of the work done to bring the game over to PS4: It's all good. There's not much else to say, honestly - the game ran pretty well on Xbox One, but while it'd drop frames there, here it's locked to a solid 30fps. The game looks very similar to its Xbox One counterpart and of course inferior to the PC version, but this feels like a solidly-built version of the game for those who couldn't access it before.

Ultimately, that's the headline here. This is a solidly-built version of a very good video game. Lara Croft had a few years where she felt out-of-date and out-of-sync with the rest of video games, but as a 20th anniversary release Rise of the Tomb Raider makes a strong statement: Lara is back. She belongs. And she isn't going anywhere.