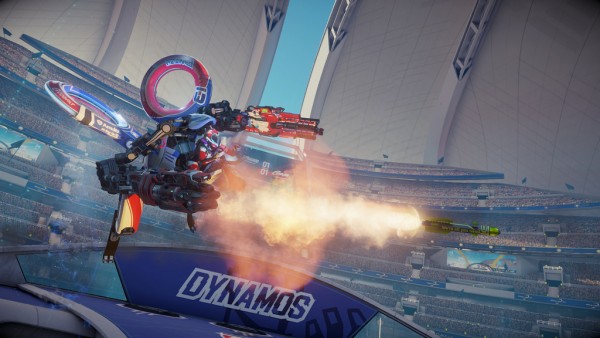 RIGS Mechanized Combat League is an arena shooter/future sports hybrid developed by Guerrilla Cambridge. This PlayStation VR-exclusive was among the early titles revealed for the headset, demonstrating how a multiplayer game could work in VR.

The game throws you in an arena and lets you fight from inside agile mechs. It has a clean aesthetic that's fit for VR. There are six main chassis, as RIGS is a competitive shooter at heart. That said, there is a single-player campaign that bits you against AI bots.

According to those who played it, RIGS is one of the most violent VR experiences. Not in an M-rated violence sense, but in the action being a test to see if you're going to throw up.

Today's also when we get to check out the reception for for Driveclub VR, another big first-party PlayStation VR title.

Find the reviews below:
(As ever, scores are out of ten unless where noted)