Rick and Morty: Virtual Rick-ality is out this April on PlayStation VR.

Previously released on HTC Vive and Oculus Rift, the Owlchemy Labs-developed Rick and Morty Simulator: Virtual Rick-ality has a release date for PSVR.

It allows the player to venture into Jerry's garage touch Rick’s stuff,  jump through portals and do other Rick things as a Morty clone.

The retail version of the game will come in two versions: standard and a Collector's Edition for $29.99 and $49.99 or the regional equivalent, respectively. The latter comes with a Funko Pop Weaponized Rick figure, a two-sided poster, and the game. 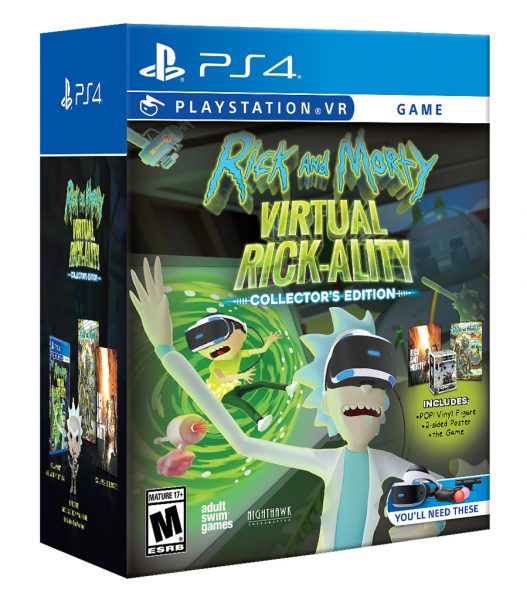 Rick and Morty: Virtual Rick-ality was announced for PSVR during  PSX 2017. It will release on April 10 in Europe and North America.

This gives you plenty of time to grab a PSVR headset if you don't own one already. From now until March 3, you can pick a standalone headset for $200. There are other packages available at a discount as well.