Retro City Rampage is a title founded on nostalgia. But is it all just in-jokes and references to a bygone age? Dave Cook discusses the game beneath the parody.

As I discussed in a previous blog, nostalgia is like a free pass. Making an average game and then peppering it with references to something considered cult or kitsch will often see it spared the full weight of a game critic's hatchet. Some would argue that this taints what is supposed to be an objective appraisal. I absolutely agree.

For one, I didn't care that Bayonetta featured a stage inspired by Space Harrier - I mean, I appreciated the reference as a child weaned on Sega's creamy blue milk - but I felt that the core game was already so brilliant that the reference was an added bonus, not a get out of jail free card for Platinum Games. If the game had problems, I would have flagged them up regardless.

I checked out Retro City Rampage recently and these same feelings came back as my Vita's screen was bombarded with sly references to classic games of yore. I might be late to the race, but if you haven't picked the game up yet, you might want to read on a little.

Are Retro City Rampage's constant, by-the-second 8-bit jokes an attempt to spare developer Brian Provinciano the whip? That was my initial concern, but as it happens no, it's a great game in its own right, and like Bayonetta every superb reference - from the brazenly apparent to the subtlety intelligent - is added window dressing around a fun, functional game.

I've taken a ton of screenshots of references in the game and whacked them at the bottom of this blog if you'd like to check them out.

In the game you play as a gun-for-hire thug called 'Player' who finds himself whisked off to the future version of Theftopolis, a pixelated city hub populated with '90s references and pedestrians just begging to be squashed under the wheels of your vehicle. It's essentially classic Grand Theft Auto, with a story focused on Player's attempts to piece together a time machine - assisted by 'Doc Choc', a parody of Back to the Future's Doc Brown -and return home.

Key quests riff on many 8-bit titles, such as a stealthy romp through a militarised base alongside blatant Solid Snake homage Major Lee. There's even a Paperboy level that sees you hurling tabloids into mailboxes, and there are hidden warp pipes around the city that house bonus weapons. Even the dialogue is full of references - the subtle mention of two soldiers called Lance and Bill is a particular favourite (It's a Contra reference). 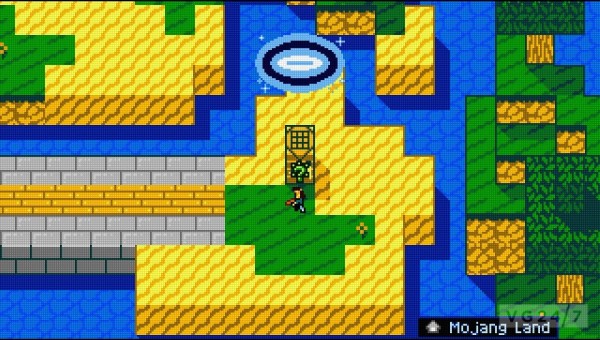 Retro City Rampage is a game that fuels your love of old-school gaming, and it could have been a simple arcade title with none of the reference and it still would have been fun. Aside from the key quests you have side-missions and the titular rampages, which are essentially kill frenzies from GTA with online leaderboards and cash rewards. Some of them are down-right bizarre though.

My favourite rampage sees Player given infinite health, and your task is to use a rocket launcher to create explosions that propel you through the air. Your aim is to accumulate a certain amount of airtime before the clock stops. Within seconds a street can be turned into a maze of burned out car shells and tiny pixelated corpses. It's gleefully anarchic.

It's a game that asks very little of you and gives so much back in return. The twin stick shooting works well and is backed up by a cover system which is useful in some tricky missions later on. Bonus power-ups and weapons are also a riot - the cyborg arm from Bionic Commando is particularly useful - and there's even a Mario head stomp that, when chained, gives you a score multiplier, just like in Nintendo's titles.

This is simply Provinciano's love letter to his favourite hobby, and when I interviewed him a few years ago on how development was going, it was clear that a lot of his blood, sweat and tears had gone into the project. I could tell he was just doing what he loved most, even if it was a difficult challenge for him - and a handful of contractors - to realise independently.

The game's cut-scenes are even full of references to how big publishers are crushing indie developers under their giant boots, and it even offers commentary on how game developers are treated at large, production line studios. Crunch time, unreasonable working hours and the dominance of the big franchise are all mentioned in passing by the game's NPCs, and it's rare that something so humble can cover so much poignant ground.

My chat with Provinciano was inspiring at the time and we covered many of these issues, so it's uplifting to see the game be received so well by the press. Gamers might balk at the £7.99 price tag, but if you grew up on NES, Master System or any of the 16-bit consoles then you should consider trying the demo at least.

Disclosure: Dave bought his own copy of Retro City Rampage on PS Vita to write this blog. No merchandise or advertising were offered by Sony or Vblank Entertainment.