Reader, it was the end of their seven game win streak.

I overlooked Resident Evil Resistance as a kind of bolted-on multiplayer throwback, since it was included with Resident Evil 3. It reminded me of when Dead Space got a weird multiplayer mode nobody asked for. But I’ve been playing it over the Easter weekend and I dig it a lot. I’m not too enamoured with playing as the survivors who have to fight their way through a range of labyrinthine maps, though. I’m all about being the Mastermind. Much like in real life, I'd rather be a bastard. 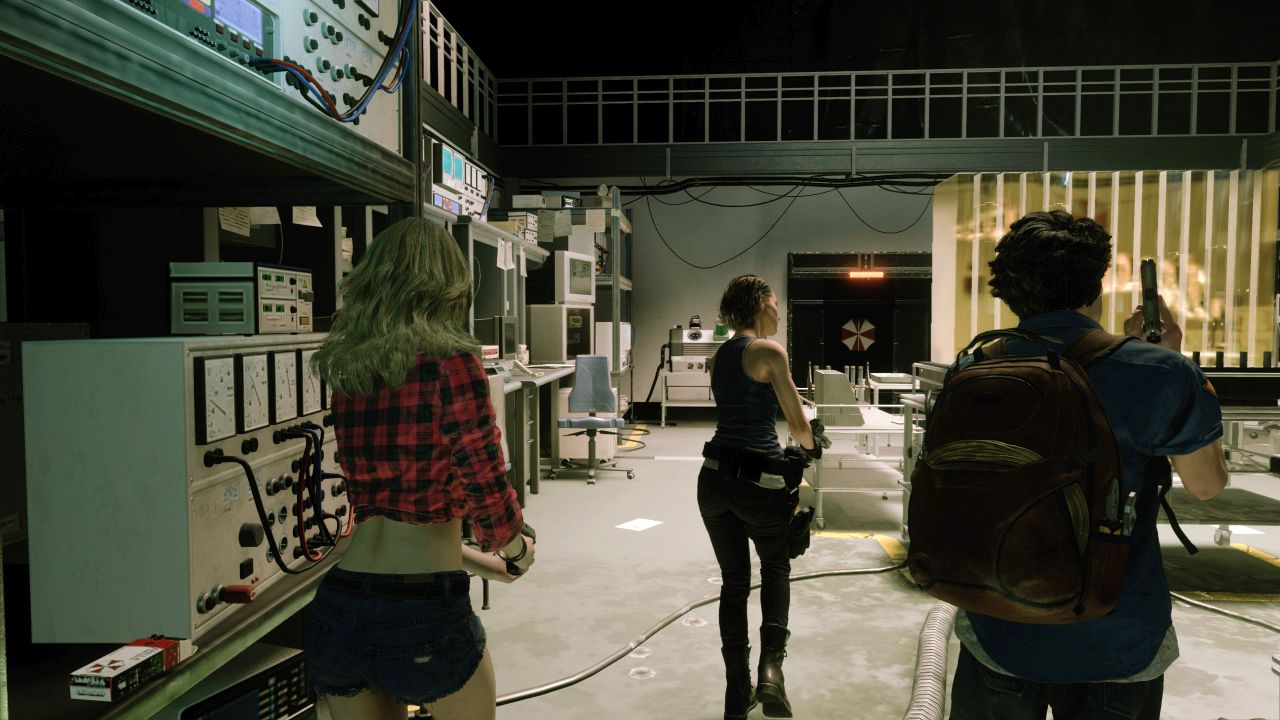 Resident Evil Resistance turns you into the final boss of your own horror game. Obviously this kind of thing has been done before in games like Friday the 13th, but here you’re like a deadly dungeon master. Controlling a series of cameras throughout the environments, you hold the fate of the survivors in your hands. The goal is to delay them by killing them or blocking them off, until you run down a clock.

You jump between cameras that overlook the arenas and spawn in zombies, dogs, lickers, and mines. The survivors can knock out the cameras, kill your zombies, and disarm your traps. Zombie spawns also take a few seconds to get fight-ready. That means you need to plan ahead.

I don’t think I’ve found anything as satisfying in multiplayer gaming recently as switching to the camera overlooking a small room, spawning zombies around the corners, and waiting for someone to come in so I can lock the door shut behind them. The panic as their friends try to break in fills me with an evil glee, and it’s even better when they all scramble, get caught in a leg trap, and get frozen in place so I can gun them down with a camera turret. 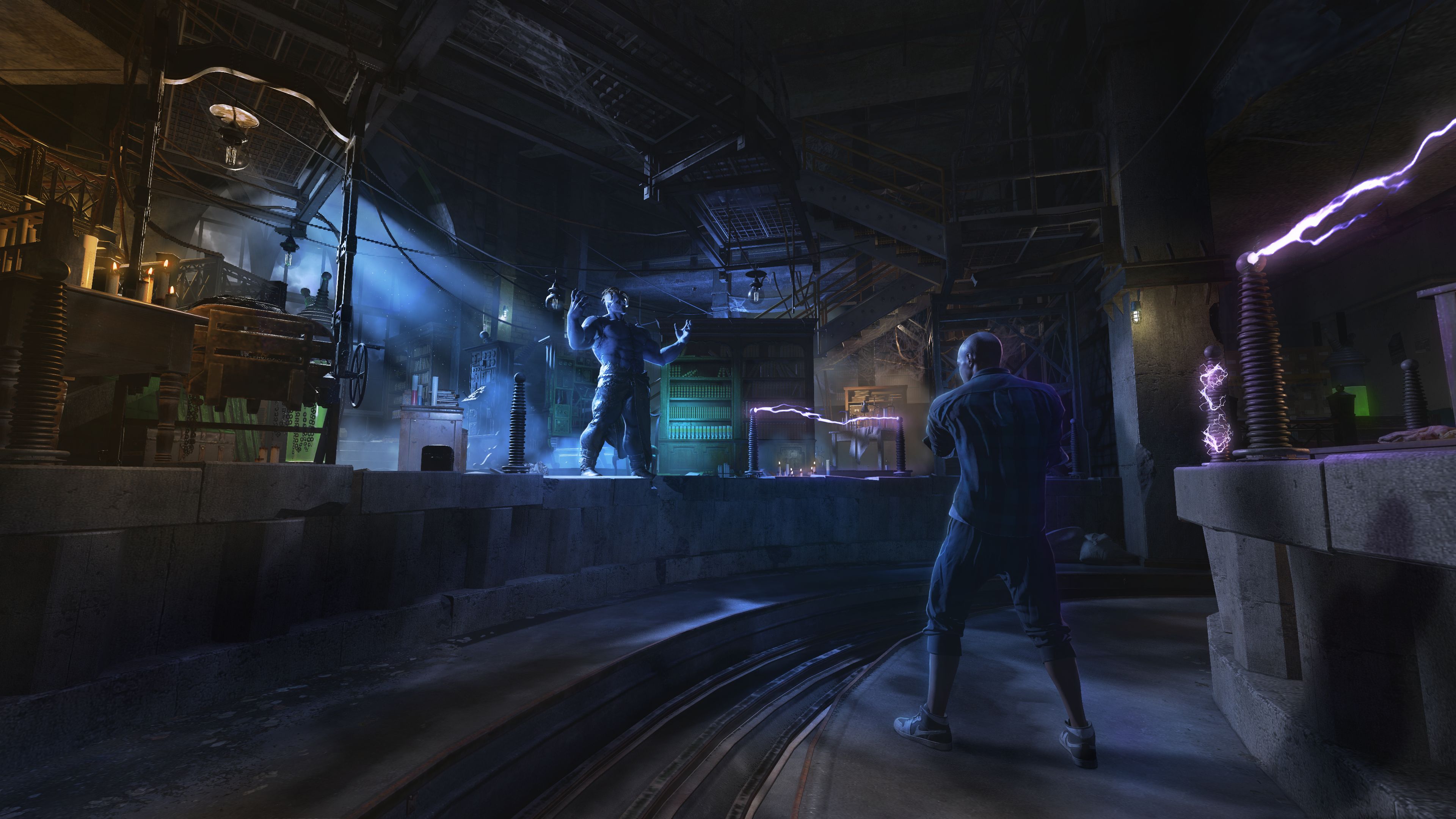 You can also take direct control of most of the zombies, which really messes people up when they’re not expecting it. They’re faster and take more of a beating when you’re in control, and you can knock a whole 15 seconds off the timer for landing a bite. Get them all bundled together and you can cause huge damage with wild swipes from clawed hands. Even better if you’re an armoured zombie in the starting area, letting pistol rounds bounce off your kevlar as you stomp towards a terrified player.

Then there’s the ultimate abilities, each of which is different for the four Masterminds. My favourite is G-Birkin, since I’ve mastered his wild grab to the point where I can isolate and destroy with terrifying efficiency. It’s pretty fun to play as Mr. X as well, who punches like Mike Tyson on meth.

Alex Wesker is one of my least favourite Masterminds, since she’s focused mainly on placing traps. But her plant-based ultimate, Yateveo, provided one of the best moments I’ve had in the game. Yateveo can’t move at all, so it’s all about plonking it down somewhere to create an immovable barrier that also eats people. 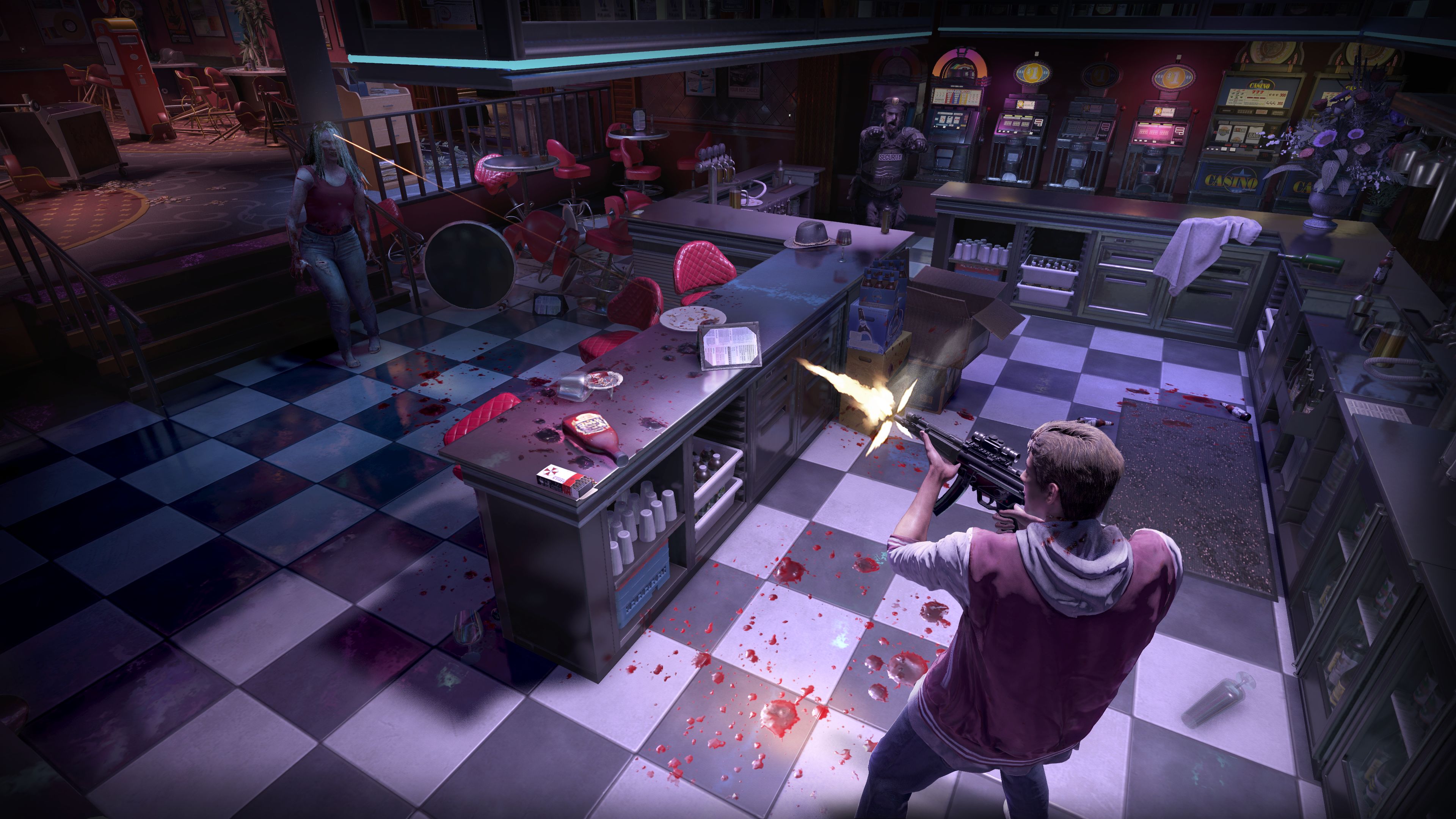 In one game, every player had reached the final exit and all they had to do was stand at the door. I spawned Yateveo at the last moment, ate someone immediately, then grabbed two players who ran through the exit door and pulled them back to me, eating them as well. It must have been infuriating. I even have video evidence:

I bet these people were raging. They only had to escape through this last door #PS4sharehttps://t.co/B96iiMXa2b pic.twitter.com/zGqr4dSg0T

Another thing I love about Resistance is how you can manipulate the environment. It can be as simple as turning out the lights at the right time so players are more likely to step on your traps, or there’s the best maps where you can manipulate elevators to trap players or bar off their escape. There’s nothing funnier in Resistance than seeing four players heading for an area, only to activate the lift they cross to isolate the one player lagging behind. Spawn in as your ultimate and pop their head as their friends look on helplessly.

My only real issue with Resistance is how few maps it has. The Casino is easily the weakest, but it comes up all the time because there are only a couple more. And I worry how long Capcom will even bother to support it.

The player base is tiny. Not only do you have to wait up to ten minutes to get into matches sometimes, but I once ended up in a game, completely by chance, with someone I know from Twitter - that tells you how few people are playing on PS4.

If Capcom continues to support it, Resistance could end up being my go-to game for those days when you absolutely, positively have to bully someone online.