I'll have whatever they're having, thanks. 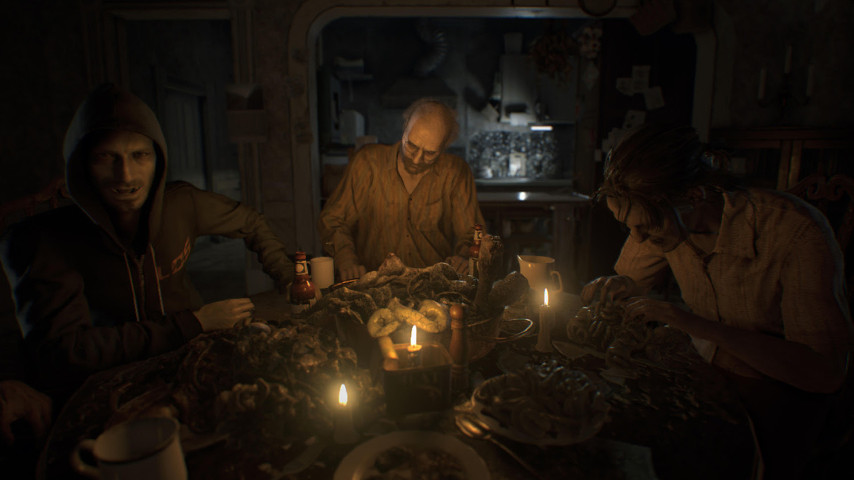 While memories of what PT and Silent Hills could have been will likely haunt us and our Playstation 4s long after we're both gathering dust, Resident Evil 7 continues to look like both an equally scary spiritual successor and the most interesting Resident Evil title in recent years. A fact that's highlighted in two new screenshots that just popped up over at Gematsu ahead of TGS.

The screenshots were reportedly shared through the Resident Evil Ambassadors program, accompanied by a tease of what horror fans can expect from the title at TGS this year:

The new screens follow an announcement earlier in the week that a PS4 Pro version of Resident Evil 7 is in the works. Which should ensure whatever horrors it has in store are etched into the deepest, darkest recesses of our minds in much clearer detail. Thanks for that, Capcom.

You can view the new screens below, or head over to Gematsu for more information on Campcom's TGS schedule.

Resident Evil 7 will be released on PC, PS4 and Xbox One on January 24