If you need a helping hand as you guide Jill Valentine through Raccoon City, find the Fire Hose, solve the Kite Brose Railway puzzle, and maybe get a Hip Pouch and Extended Mag, here’s a handy guide.

You start the game in your apartment in first-person. To trigger the next scene you need to head to the bathroom and interact with the sink.

When you awake from the nightmare, you can interact with the evidence wall to read some lore. When you’ve finished digging through the apartment, head back for the sink.

The game then switches to third-person and you need to head to the phone, triggering a cutscene. Run down the corridor to the next cutscene then head out the open window onto the fire escape.

Head down the fire escape and through the window into the floor below. Head towards the fire to trigger the next cutscene, then run toward the door with the exit sign once it’s played out.

You’ll be blown outside onto another fire escape here. Head down. Another cutscene will play and you’ll be chased through a fiery corridor. Just run away from the screen by pushing forward on the stick.

Head towards the liquor store and Brad Vickers will appear. Follow after him. Eventually another cutscene will play and loads of zombies will spill over a gate. Run away and get through the door of Bar Jack.

Another cutscene will play and you’ll be out in an alleyway with a corpse ahead of you. Interact with the corpse to access your first weapon: the pistol. 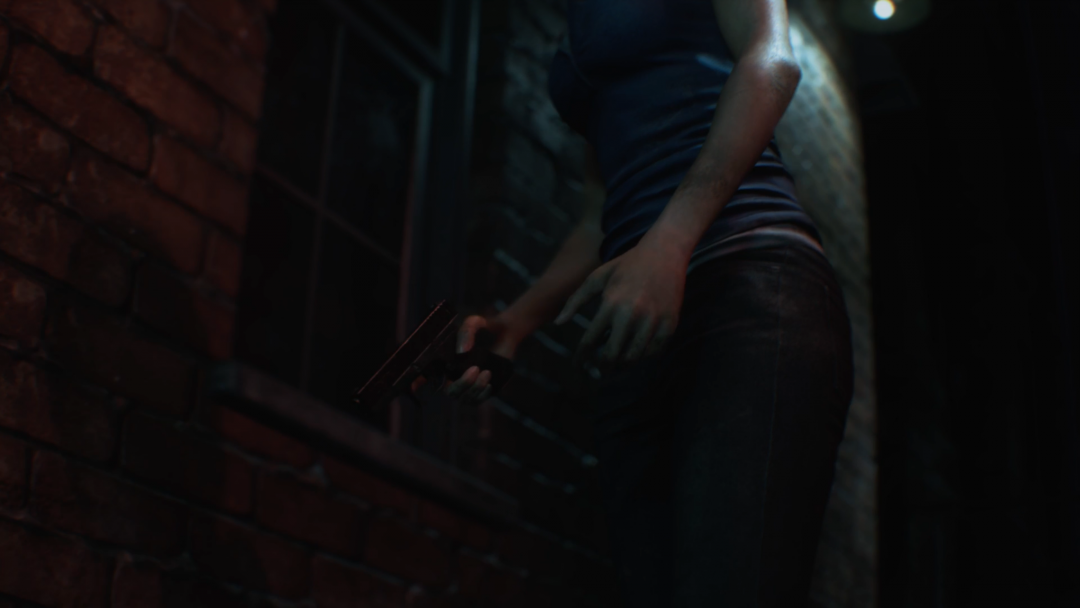 Once you pick it up, you’ll be facing down a zombie. You can use the gun to kill it, but it’s a waste of ammo since more zombies will appear from around the corner. Just turn around and run away.

A sign will fall in your path, but you can crawl under it. On the other side, take a left and go through the gate. Head through the door ahead and past the man who locks himself in the truck.

Grab some handgun ammo from the barrel and head through the yellow door. Ignore the dog and head opposite, crawling through the gap beneath the fallen fence.

Run through the parking garage and call the elevator. Zombies will appear and you need to kite them away and slip past them to get into the elevator. Don’t forget to use dodge (R1) to slip past more easily - time it just as a zombie lunges to execute a perfect dodge.

Another cutscene will play and you need to follow the prompts to run Nemesis off the ledge in your car. Follow Carlos to trigger the next cutscene.

Once you’re done there, head out of the subway and into the safe room above. There’s some green herbs here and you can also get two lots of gunpowder which you can combine together to create more handgun ammo.

There’s also a breakable box you can slash with your knife - this contains a red herb. Pick that up and combine it with one of your green herbs to make a more potent health curative.

You can also save the game at the typewriter and store any unneeded items. It’s best to just carry one curative with you at this point, so stash the green herb you have spare.

Head under the shutter and out onto the street. Get past the zombie and take a left down the alley. Grab the handgun ammo and deal with the two zombies ahead. Then go through the gate ahead.

Run to the end of the street, past the zombies shaking the fence, to trigger another cutscene. 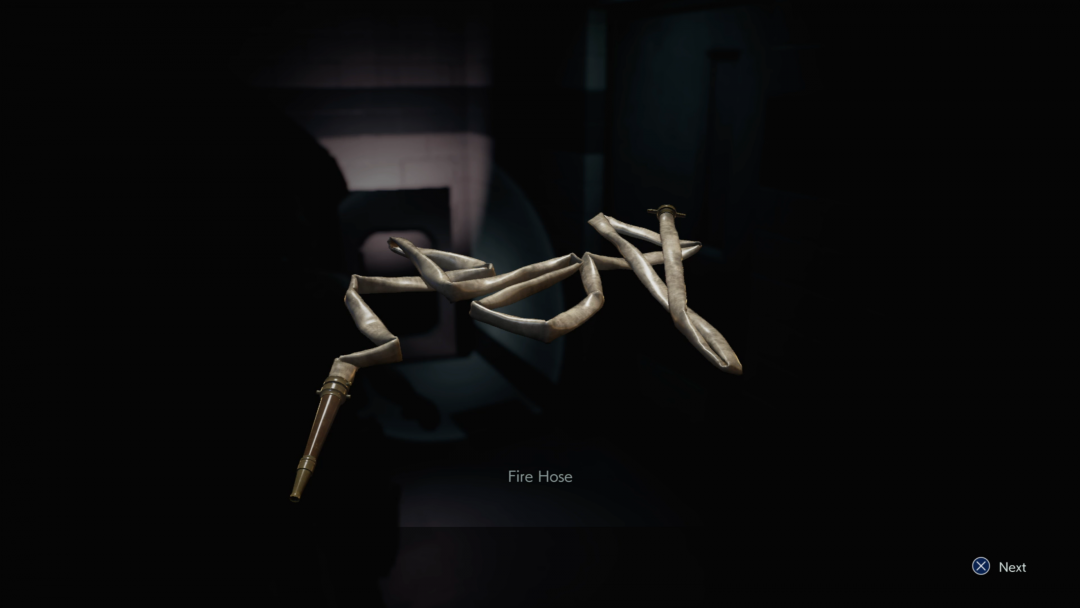 Turns out you need a Fire Hose, so head back and the fence holding the zombies at bay will fall, allowing you to pass. Get past them and head down the stairs into the donut shop.

There’s a safe room in here with a fancy box. Examine it to get the Red Jewel and put that in the storage box. Here's a guide to track down the rest of the jewels in Resident Evil 3 Remake.

Save the game if you like and head out the back door onto the streets. Head into Kite Bros Railway. Deal with the zombie, take a right and pick up the Fire Hose.

You can grab a hand grenade and some gunpowder from the room next door. Take note of this room because you’ll want to grab that Shotgun from the weapon rack later on.

On your way out, head into the control room and look under the desks for a bobblehead to shoot. Now head back onto the streets, take a left and head up the metal stairs.

Go through the door and through the next door, but be careful of zombies on the other side of the second one. There’s a safe in here and you can check out our guide on the safes and lockers to get it open.

There’s also some gunpowder nearby. Head out the door and onto the metal walkway. Follow it round.

You’ll be on a rooftop and you can get a red herb from a box nearby. Follow the rooftop round and you can get some gunpowder from near a zombie feasting on a corpse. Then head onto the scaffold, kick the ladder down, and climb down.

Use the Fire Hose on the hydrant near the fire opposite. 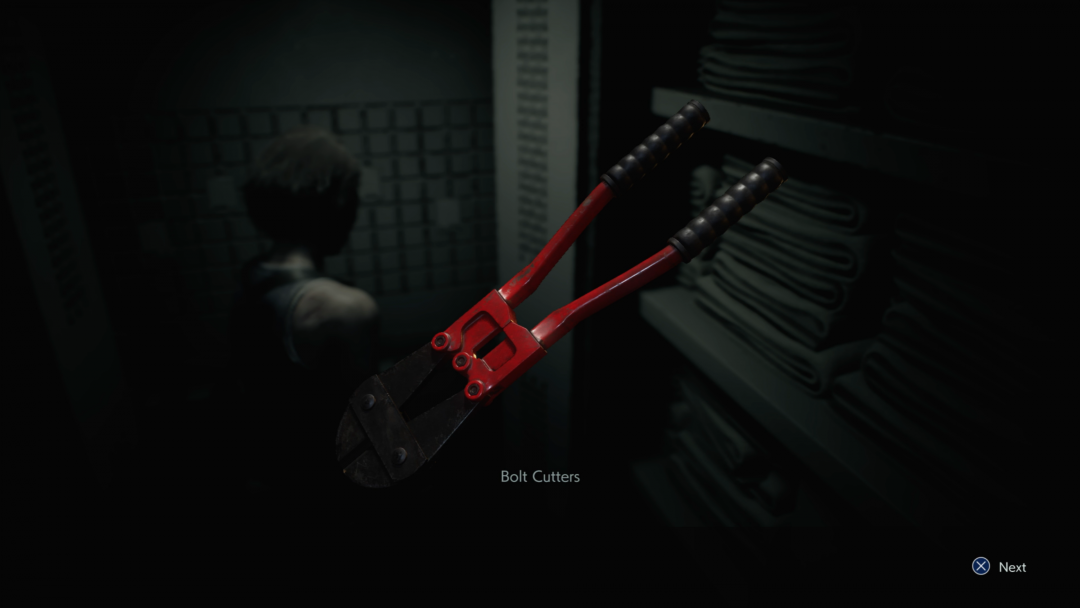 Head into the repair shop, save if you like, reorganize your inventory, grab the Bolt Cutters and use them to head through the door with the chain. If you want, you can first head back to the shotgun and grab it. It’s easier to do now, before Nemesis turns up again.

When you turn the next corner two dogs will run at you. Take aim at the electrical box with your pistol, wait for them to get near, then take the shot. Kill them while they’re stunned.

Now head past the zombies at the fence and through the red door with the electric symbol on it. Kill the zombies in the locker room and grab the items you need out of the lockers, then head upstairs.

There’s a safe room up here. Make sure you grab the Hip Pouch to increase your inventory space by two slots.

Rearrange your items and save. 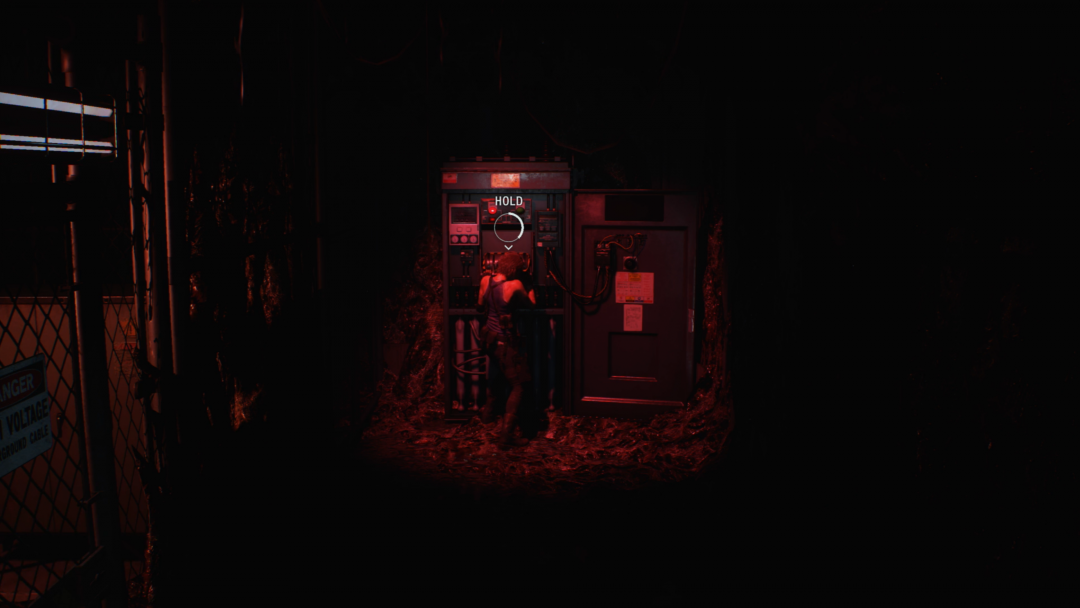 Head down the stairs and grab the green herbs. Don’t mix them. There’s an enemy coming up that can infect you with a parasite, and a single green herb will cure you. If you mix them, you’re wasting your chances.

There’s a body down here with a lockbox that has a Lockpick in it. You need that to get through the next door.

In the next room you need to switch on four breakers. Here’s how to do it as fast as possible.

Use the shotgun to keep the creepy crawlers at bay and use a green herb whenever a parasite infects you.

Run down the corridor and take the first available left.

Run to the end and take a right. Turn immediately right again and turn the breaker ahead on.

Head back the way you came and you’ll see another breaker straight ahead. Go turn it on.

Turn around and take a right, heading back where you came from, but take a left at the end, instead of heading to the exit.

Head right to the end of the corridor and take a left. Take another left and reset the breaker there.

Head through the nearby gate and up the ladder. Grab the handgun ammo out the box and head down the next ladder to the final breaker. Now head to the exit.

Head back up the stairs to trigger a cutscene. 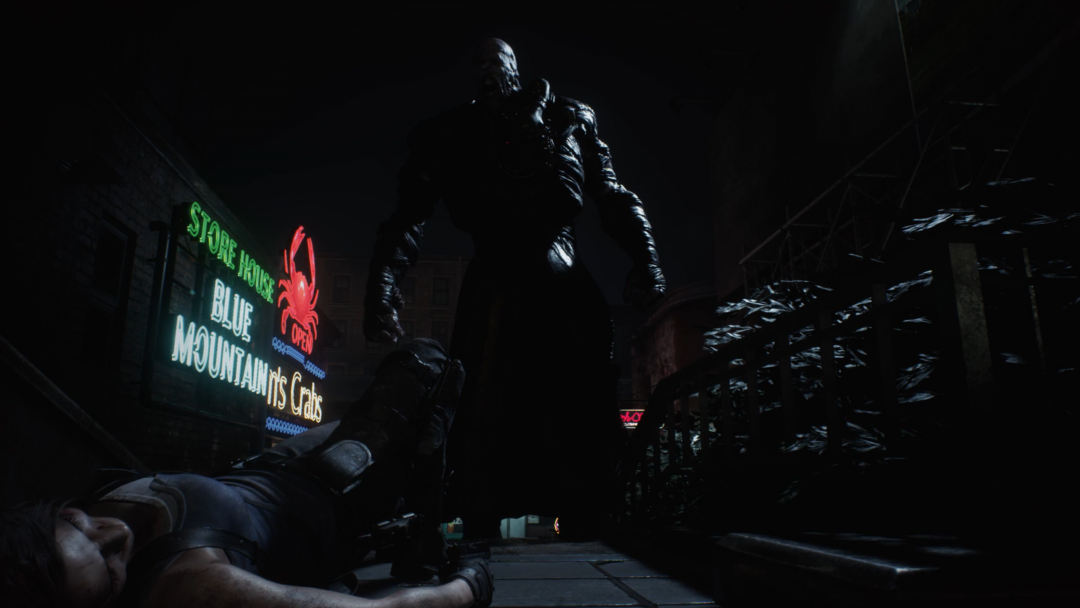 Head back into the locker room and use the lock pick on the locker you couldn’t get into before to grab yourself some handgun ammo. Now head outside.

On your way across the street, Nemesis will turn up. Either kite him and slip past or dodge by him.

Head through the alleyway where you killed the dogs earlier and spin around, shoot the breaker. You can either do this to slow him down and get away. Or, if you’re feeling confident, lob a grenade at Nemesis and use your shotgun to temporarily down him. He will drop a Supply Case which you can open to unlock an Extended Magazine for your handgun.

Around the corner, use the shotgun to stagger the zombies and run past, up the stairs.

You’ll get a call from Carlos. Thirsty, thirsty Carlos.

Head through the red door into the safe room and use the lockpicks on the locker to get a first aid spray. Save and rearrange your items and then head out the door.

Now you need to head to the same building where you grabbed the shotgun - the Subway Control Room. The quickest route is through the donut shop. 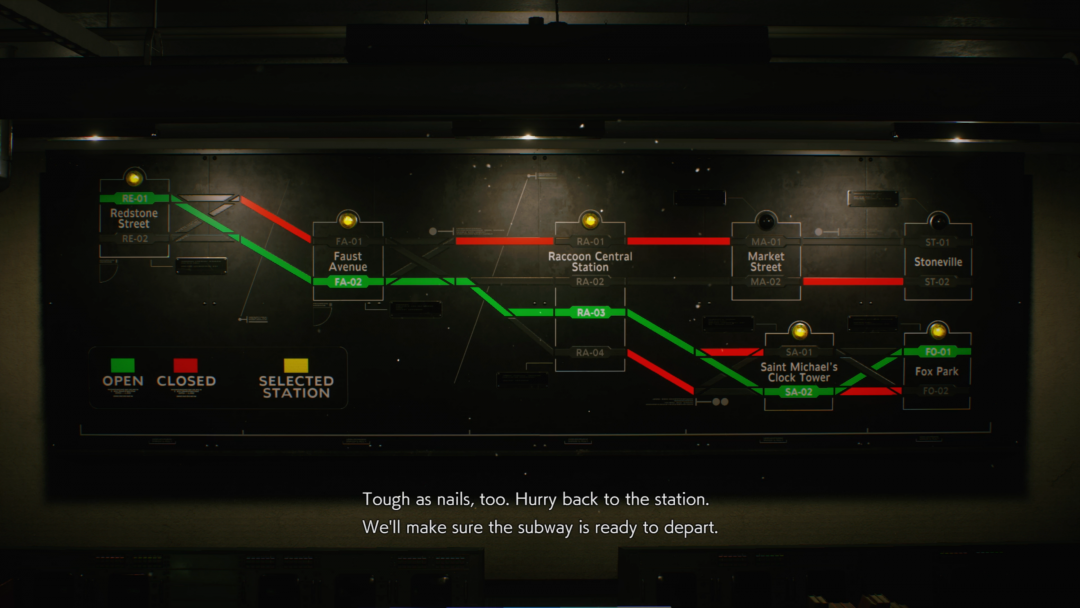 Once you’re in the Control Room, you need to do the Kite Bros Railway train lines puzzle. The idea is to map out the lines so that the train gets to your destination without passing through closed lines. The solution is, from top to bottom: FA-02, RA-03, SA-02.

When you head out the room, there’s a new zombie type to deal with. As with most enemies in this game, the best tactic is to shoot it and slip past while it’s staggered.

Now head outside and back through the donut shop towards the underground, dodging zombies and the Nemesis as you go.

If you want to get another Hip Pouch before you leave this area, you need to get the Blue and Green Jewels. Check our guide on the Coloured Jewels to track them down and use them on the Kite Bros Memorial in the safe room near the underground station.

In the next section there’s a cutscene, then you’ll be running from Nemesis. Lead him up the stairs and shoot the electric box to stun him. Now run through the room ahead while he’s stunned and interact with the vent three times to get through.