Now you’re down in the sewers and you’ll be facing up against some new enemies. Here’s the walkthrough for the next section of Resident Evil 3 Remake.

Check part one of our Resident Evil 3 Remake guide at that link.

Run through the first room and pull the door shut behind you. Once you’ve called Carlos, head through the safe room on your left and clear it out of items. Put away what you don’t need and save it if you want.

Make sure you grab the sewers map from the whiteboard. Once you’re done there, follow the path down and past the door that needs the battery. Drop down into the water and slide down.

Run straight ahead toward the Office. A new enemy called a gamma will slide out of a grate. Use a grenade and shotgun blasts to take it down quickly, then head to the office. 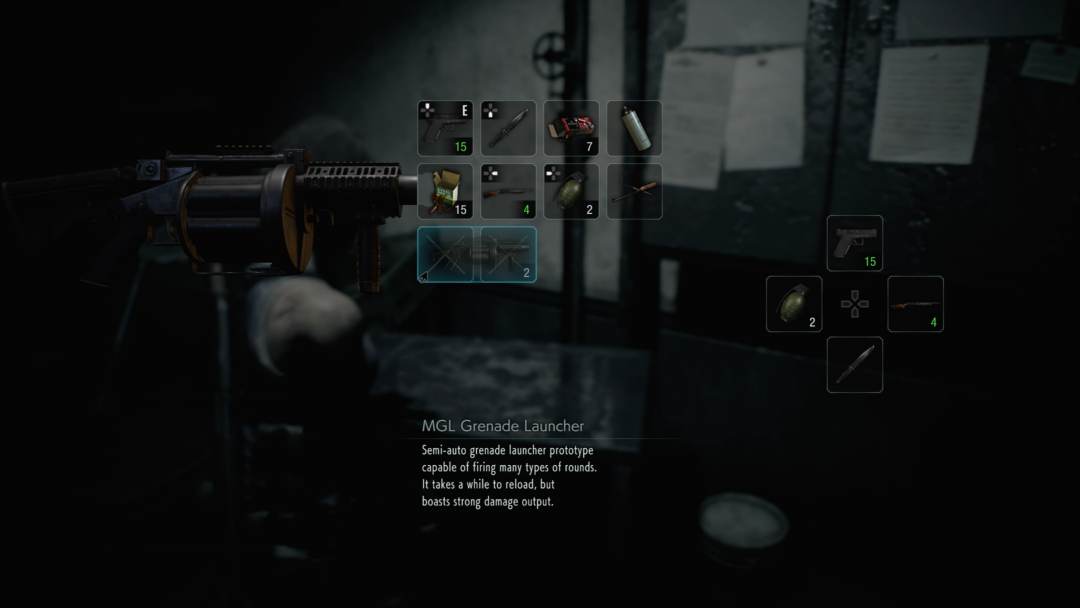 Grab the Grenade Launcher - it’s ideal for taking out the gammas. Put away what you don’t need, but keep your lockpick on you. Make sure you have at least two inventory slots free.

Go out into the sewers and head back, but take the path on your left. Use the grenade launcher on the gamma ahead.

Now head to the Lab, watching out for the other gamma that appears. Once it’s dead, head up the ladder into the lab. Grab the Battery Pack.

When you have everything you need, head back to where you slid down and climb the ladder. Kill the gammas that appear on the way. You can also check behind the dirty waterfall on the way for some ammo and other bits.

Use the Battery Pack on the door at the top. Kill the gamma that appears in the next room.

Grab the Hip Pouch for two more inventory slots and get whatever else you need from the room.

When you walk up the stairs, look behind you up high for a bobblehead to shoot. 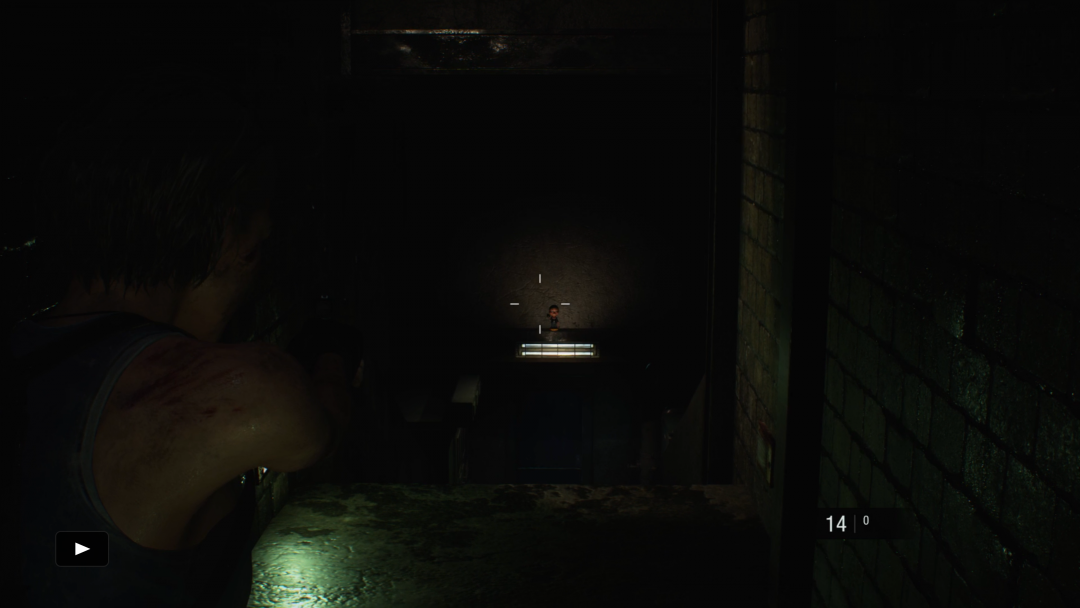 When you reach the top of the ladder the Nemesis will grab your head. He now has a flamethrower.

Run through the shutter ahead, dodging the zombies. There’s a safe room here where you can stock up and catch your breath. When you’re done, head up the stairs .

Ignore the zombies and keep heading up. Slip past or shoot them to stagger then if you have to.

Just keep running and heading up until you come to some planks, hold interact on them and climb across.

Keep following the linear path laid out ahead of you, jumping gaps and pressing on without stopping.

At the end you’ll climb a series of ladders and have one last opportunity to stock up and save ahead of a boss battle. 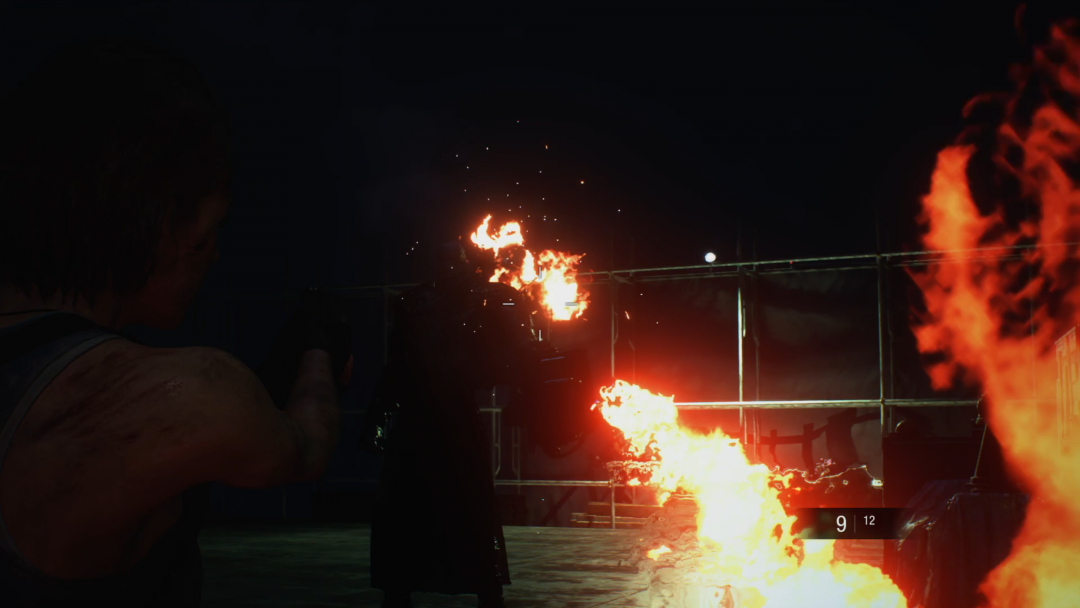 It’s a simple fight. Just stand behind cover and aim for his fuel tank. Shoot any generators he moves near and run away and reposition when he gets close.

The pistol will do for the fuel tank, but you can use the grenade launcher as well to stagger the Nemesis.

When you’re done, you’ll be back on the streets. Keep following the route until you climb onto a fire engine and over the other side. 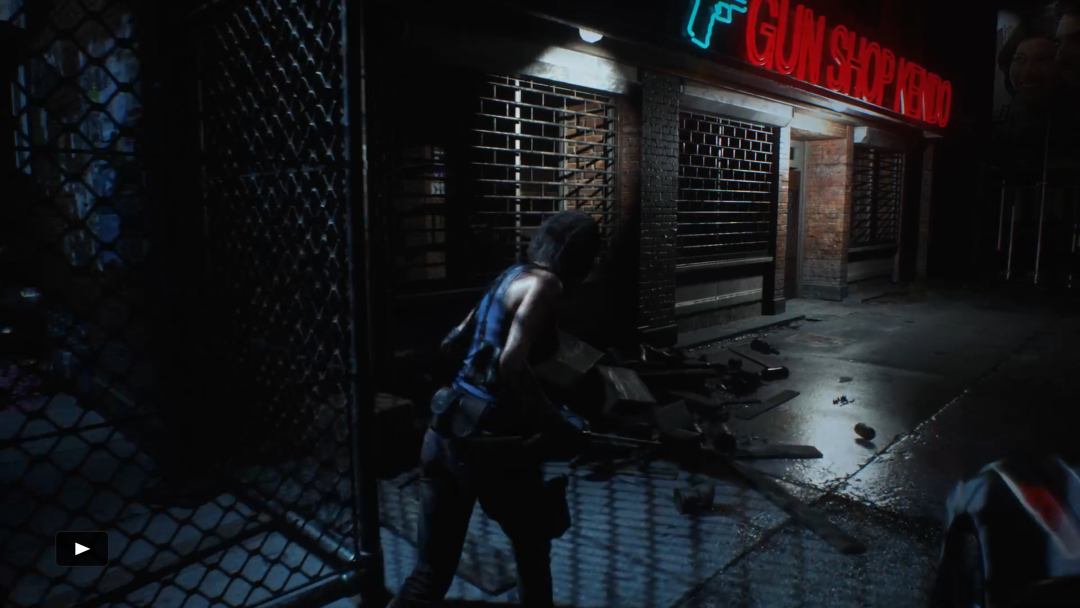 Once down, head into Gun Shop Kendo. Inside you’ll find the Semi Auto Barrel for the shotgun. Bear in mind it makes your shotgun take up two slots if you use it.

Grab whatever else you need and can carry, then head out the back to trigger a cutscene with the shop owner. Use the safe room nearby to rejig your inventory and save if you want to. Make sure you grab the Kendo Gate Key from nearby

Head back outside the shop and unlock the gate on your right with the key. You can safely discard the key after to free up a space in your inventory

Deal with the enemy ahead, take a left and go through the door at the end of the alleyway. There’s another parasite head in this building so be ready to deal with it.

If you have your lockpick on you, there’s a lockbox with some explosive rounds in it upstairs. Head outside once you’ve done that.

Once outside, old Nemmy will turn up again. He’ll chase you through another linear sequence with a rocket launcher. Just follow the path laid out and keep dodging when the laser pointer rests on you.

Eventually you’ll trigger another cutscene, after which you’ll climb some scaffold and up a ladder onto the rooftops where Carlos will call.

When you run towards Toy Uncle, Nemesis will shoot its mascot, causing it to fall like an Indiana Jones boulder. It will crush you if you don’t run back where you came from and stand in safety until it passes.

Once you’re past, run back to the underground where Carlos is waiting. After the cutscene, follow him down for, you guessed it, more cutscenes.