Former PlayStation front-man Phil Harrison has joined Microsoft as head of its European Games Studios following the departure of Peter Molyneux, but Microsoft has insisted he hasn't replaced the Lionhead legend. 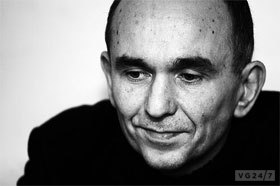 The news comes after the departure of Lionhead Peter Molyneux as the creative director of Microsoft Studios Europe last week.

Microsoft has claimed the appointment is "completely unrelated to Peter’s departure."

Harrison will lead the Microsoft Studios European organisation directly, and will "also influence the broader performance of IEB’s European business through strategic partnerships and by bringing culturally relevant entertainment experiences to Microsoft platforms, now and in the future."

Microsoft pegged Harrison's experience with mobile and social games as a plus,. He is now in charge of Lionhead Studios, Soho Productions and Rare.

"I am excited to be joining the senior team at Microsoft at a pivotal time for our industry,” said Harrison. “I am really impressed with the company’s long-term vision for growing the market for interactive entertainment globally and also with the incredible wealth of talent, technology and resources the company has available to succeed."

“We are honored to have Phil join a team that boasts a wealth of talent from across the industry,” said Phil Spencer, corporate vice president at Microsoft Studios.

“Phil is one of video gaming’s true visionaries, and his experience overseeing global studios and deep industry relationships make him the ideal person to lead our European efforts. Under his leadership, we look forward to continuing cultivating the best talent and growing our business in the region.”

“His addition to our leadership team will impact our global business in innumerable ways, as he aligns our studio development and growing portfolio of entertainment experiences in Europe to drive our continued growth worldwide.”

Harrison will take over the position vacated by Peter Molyneux, who announced his departure for 22 Cans during GDC last week.

A partner at London Venture Partners for the last two years, Harrison was involved with games investment after tenures at both Atari and Sony.

Phil was a front-facing figure at Sony for many years, eventually rising to the position of president of Worldwide Studios.

He personally announced many PlayStation initiatives, such as Home and LittleBigPlanet, and was a familiar face in Sony press conferences. He was part of the notorious "599 US dollars" conference at E3 2006.

He sensationally quit Sony on February 25, 2008, after 15 years at the firm, saying his time with the company had been "the defining journey of my life so far."

Harrison was quickly confirmed to be moving into a president position at Infogrames, where CEO David Gardner, and ex-EA Europe boss, claimed he would "build the future".

Harrison, Gardner and Bozek quit Atari together in April 2010.