Call of Duty: Black Ops 2 and Medal of Honor: Warfighter are out soon, and someone has their eye on that tasty little market. The Delta Six is an accelerometer controller gun controller that goes to retail early next year, and looks painfully similar to real guns. Its creator David Kotkin has discussed why it's brilliant. Check out what he had to say below. 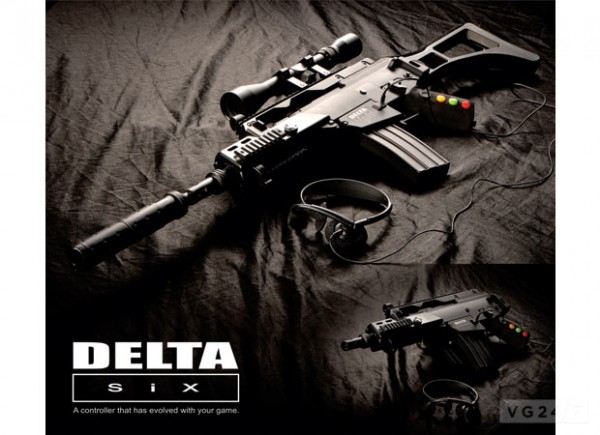 As you can see, the $89 controller looks very similar to real firearms, which we're sure will get parents, politicians, concerned fusspots and airport security rattled up when it launches next year.

Eurogamer reports that the controller must be tilted to aim although there is no sensor bar, so it's unclear quite how it works.

There is also recoil kickback, reload options and more, and the controller can be rebuilt into an SMG or Sniper Rifle. It seems fun if you're a gun nut, but traditional controllers still seem to make more sense.

Creator Kotkin disagrees, "This wins against a reg controller even with and Avenger adapter on it! We're more excited about Delta Six than any other project to date."

"The Wii and the Move tried but could not make a fun and innovative motion control for FPS games. So we had to. This is fun for adults, not for gamers younger than 21."

What do you make of this?