Head over to the Remember Me interactive journal page and check it out for just a few minutes, then read on.

It the idea that the world of a game needn't be confined to the gaming experience alone, and that's where live-action trailers, animes, comics, toys, novels and shows like Defiance come into play.

Game publishers are using transmedia in new and interesting ways to expand the universe of a gaming IP, and to allow everyone - regardless of their skill or interest in games - a gateway into that world.

It also helps create a deeper narrative, and lends additional insight into these worlds and their major players. The Remember Me interactive journal does just that, telling the story of Antoine Cartier-Wells, founder of the Memorize corporation at the heart of Dontnod's game.

The second the journal ends is when the first second of the game's opening cinematic begins, offering a seamless launchpad into the world, and the hope is that you'll enter it with a new-found appreciation for Antoine and the company he created.

As transmedia is something of a hot ticket at the moment, I decided to speak with the creators of the Antoine's journal, a video and social media company called BigBalls Films to learn more about how gaming and other media forms are uniting to create a singular experience using transmedia. 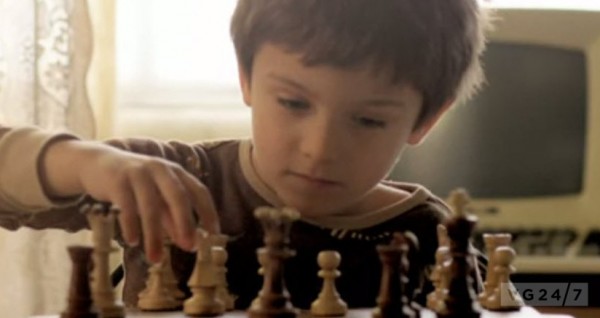 A born genius, Antoine goes on to create the SenSen device seen in Remember Me.

"It was maybe well over a year ago we started pitching ideas for Remember Me," head of strategy Lawrence Kao told me. "When we pitched to Capcom we had this crazy idea of 'Remember Me is actually a six-part story, and we're going to write the first five chapters'. The game itself will be the 6th one.

"They liked the idea and we went out to Paris to write with the various sci-fi writers that wrote Remember Me. We put together a story that started in 1984, all the way to 2084 where the game takes place".

For a long time now, Kao and his team have been managing Remember Me's social media channels, cutting the trailers and creating Antoine's journal to give players additional insight into the world of Neo Paris. During the journal he starts his SenSen 1.0 concept and eventually gets venture funding to found Memorize.

By the time 2084 rolls along, his son Charles has assumed control of Memorize and the story of Nilin, Edge and the rest of the Errorists truly begins. You can start at this moment with a solid understanding of the story, or read the journal, or follow the Facebook hub to get a deeper understanding of what's going on. No one is excluded.

Aware that transmedia has been around for decades, but cautious that game publishers are yet to tap into its true potential, I asked Kao if he felt that the games industry really is waking up to the power of transmedia story-telling, and how publishers might use this kind of approach moving.

"We're very careful and very conscious," Kao replied, "because there is both passive and active entertainment. Gaming has always been active, whereas television or film is very passive. The thing that we have to think about as story-tellers - whether you're a film-maker or videogame developer - is, when do you start crossing that line? 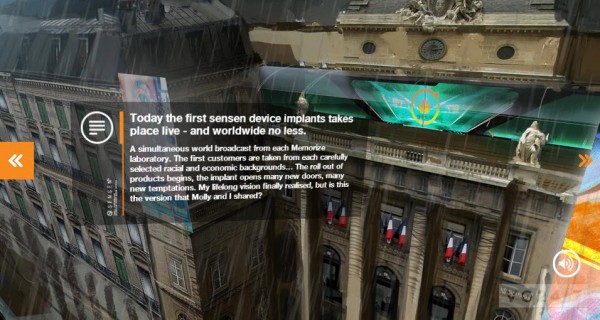 "When you really think about a fan or a consumer; they come home from work or they're at school, and in that state of mind, what is it that they want to be interacting with? Sometimes it is black and white with passive and active, or sometimes it's transmedia stuff, like a hybrid in between".

Kao explained that for game publishers - or any company - considering a transmedia isn't just a case of creating companion projects like a live-action short and expecting it to work without question. The challenge facing these companies is making it fit for the platform it's on. So if it's a Facebook page, it has to embrace all of the features of the platform, likewise with Twitter or YouTube.

"I think this might be more difficult with transmedia because I don't think people are quite sure if it's supposed to be passive or active yet," Kao added. "Whereas if you're using an existing platform - say Facebook or Twitter - you already understand it. You already know the rules. If a company is smart enough to adapt to that, then when you're creating these experiences, you have a much better chance of people interacting".

Kao's point is interesting because I recently interviewed ex-THQ exec Danny Bilson about his own transmedia game projects, which will encompass several movies and more. He was aware that unless transmedia projects exist to highlight an IP to new fans, then it isn't living up to its potential.

Bilson also told me that he simply couldn't understand the purpose of Halo 4: Forward Unto Dawn particularly, because it was made purely for the fans, and did little to entice new players to the series. At the time he told me, “Forward Unto Dawn? Yeah, I don’t know what the benefit of that was to [343 Industries]. Because- and this is my opinion – is that it was for the Halo fans.

"It didn’t introduce Halo to a new fan through that and it didn’t bring more people in. If you spend $10 million on that, what’s your return on investment? Is it more fans, or is it just getting people excited as a marketing tool? Then there’s a section of people who would look at it and say, ‘I loved the game but I thought that was crap’. 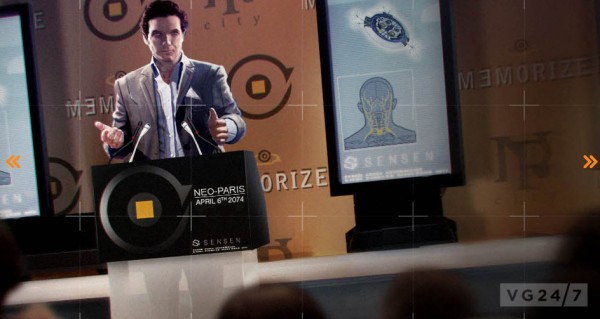 "I’m not saying that. I’m saying there’s all these variables, and I think the idea is to engage new people, and do so more deeply. It all comes down to the quality of the narrative in those things”.

Bilson had a good point, because transmedia has greater potential than simply telling side-stories or being something you get as part of a pre-order incentive. What he and Kao are trying to do is create projects that see the game and all attached media compliment each other. In the instance of Remember Me, the journal is the canon prequel and it gives rise to plot points in the game.

Similarly Bilson's movies will impact the plot of his games, and in turn the events of the games will change depending on the players, which will then alter the script of the movies apace. There is a real potential here to do something innovative in this space, and although Defiance was pitched as a malleable story - where games and the TV show informed each other, it simply didn't happen at launch.

In closing, it's important to point out that just last week we saw Microsoft announce a Steven Spielberg-directed Halo television series for Xbox One. Say you knew nothing about Halo; what are the chances that you'd check that series out and then convince yourself that the games were worth playing as well? Really, ask yourself that question.

I get that creating things like movies or books is a neat way of giving fans more value for their dedication to a franchise, but they're the ones already buying a company's games. They don't need any more convincing. At this point you have to ask yourself if the money spent on the show is being put to the best possible use, and if games companies really do see the true value of transmedia at all.

Think about it, because the transmedia space is only going to get bigger moving forward.