Red Faction: Guerrilla Remastered is coming to PC and consoles.

THQ Nordic announced Red Faction: Guerrilla Remastered today for PC, PlayStation 4, and Xbox One - or re-Mars-tered if you will.

No, we didn't come up with that pun, Nordic did. The game will go by the name of Red Faction: Guerrilla Re-Mars-tered Edition, continuing the tradition of interesting subtitles from the firm: Darksiders 2: Deathinitive Edition, Darksiders: Warmastered Edition.

The remastered version of the classic title will also be available on Xbox One X.

For those who haven't played Red Faction: Guerrilla, it takes place 50 years after the events of the original Red Faction.

In the game, players take on the role of an insurgent fighter with the Red Faction as the group "battle for liberation from the oppressive Earth Defense Force." 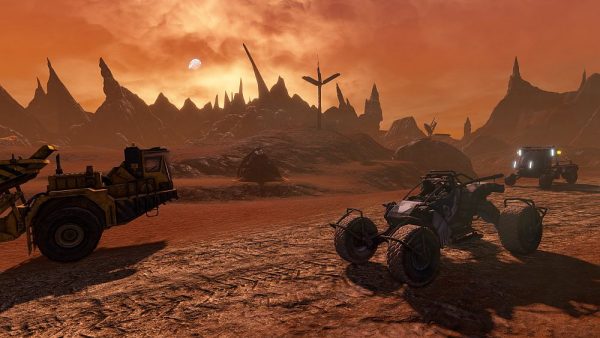 Red Faction Guerrilla: Remastered will be released in Q2 2018. More information on the release will be announced at a later date.