Own Red Dead Redemption on Xbox 360? Fire up the ol' Xbox One: it's waiting for you. 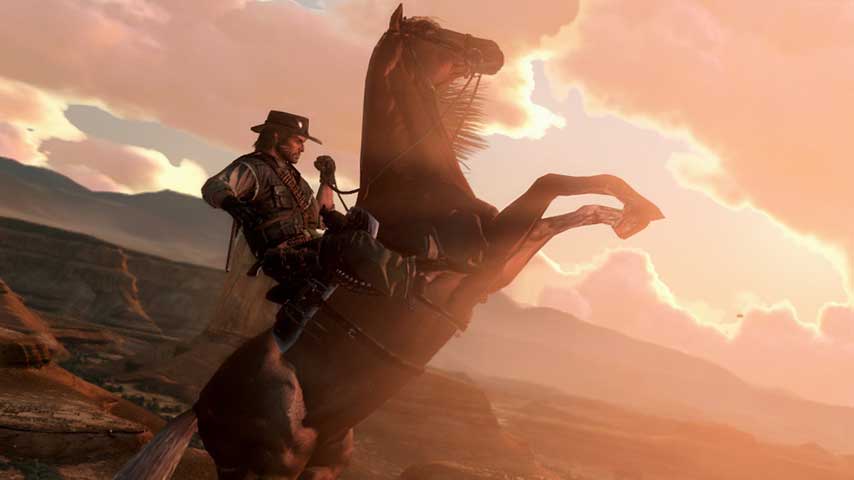 Red Dead Redemption has gone live as an Xbox One backwards compatible title. And the even better news is that the majority of its multiplayer DLC is free - that's the Myths and Mavericks pack, the Liars and Cheats pack, and the Legends and Killers Pack.

If you own Red Dead Redemption on physical media you can install to your Xbox One direct from your Xbox 360 copy.

If you own a digital copy - or pick one up now from the Xbox Store - you can begin downloading it. The Xbox One backwards compatible version of Red Dead Redemption is about 7GB, so you'll probably want to set the download going and wander off for the day.

If you can't see the download, or your console won't install from disc, try a full restart of your system; players all over the world have access right now and many have reported needing a reset to kick things off.

If you've never played this Rockstar classic it's really worth the effort; Red Dead Redemption got perfect scores at launch, with good reason. As well as a gorgeous open world sandbox and award-winning narrative, it comes with a full multiplayer suite unlike anything else out there - not to mention that zombie expansion if you grab the DLC.

The Xbox Store isn't your only option for picking the game up if you're a bit short of cash; we've rounded up the cheapest ways to buy Red Dead Redemption.