When Rockstar release a game, it’s a global event, and Red Dead Redemption 2 looks set to be no exception. This prequel tale of mischief and murder in the Old West is so hotly anticipated that even the monolithic Call of Duty brought its release date forward by almost a month to get in before the punch. Since there’s still a good while left to wait though, we’ve put together a quick FAQ of the biggest questions we’ve seen floating around online. Here’s everything we know so far about Red Dead Redemption 2.

What year is Red Dead Redemption 2 set in?

Red Dead Redemption 2 is set in the year 1899, 12 years before the original Red Dead Redemption. The game follows Arthur Morgan, a rough-and-tumble member of the Van der Linde gang who’re on the run from federal agents and bounty hunters after a bank heist goes awry in the town of Blackwater.

Blackwater makes an appearance in the first Red Dead Redemption, so from its inclusion here, we can expect this new game will at least visit similar locations to the first one - if not a lot of the same places. But knowing Rockstar’s insatiable appetite for trend-setting iteration, Red Dead Redemption 2’s open world will still have plenty of new bullets in its Big Iron.

In the recent third trailer, we caught more than a few golden nuggets of info between the moody overture and sharp cuts. Shown briefly was a younger John Marston - looking distinctly less craggy around the crow’s feet, but unmistakably black-haired and scar-faced.

The compromising position that we glimpse Marston in - caught in a headlock - suggests that we’ll meet a less hard-bitten man than we played as in the last game. John spoke about his time in the Van der Linde gang during Red Dead Redemption, mentioning that they robbed more than 40 banks in their pomp. With bank robberies mentioned in the official synopsis put out by Rockstar - and playing such a big role in another Rockstar game, GTA V - we can probably take it as given that there’ll be a stick-up or two in this latest game.

Rockstar didn’t invent open world sandbox gaming, they just do it damn well. Similarly, they might not have created the concept for battle royale, but if rumors are to be believed, the mode might just make an appearance in Red Dead Redemption 2.

The first Red Dead Redemption had a strong competitive multiplayer component, so it wouldn’t be a first for the series.

These rumours originate from a supposed leak of info from a Rockstar insider which detailed three main multiplayer modes: Battle Royale, Survive and Revive, and Money Grab.

Survive and Revive is a team deathmatch where you have a limited window to raise fallen allies from the dead, while Money Grab is a little bit like capture the flag. Players have to secure bags of cash and return them to base without being slain.

The validity of leaks aside, that a straight TDM or free for all multiplayer mode isn’t mentioned leaves the door open for “battle royale” to be a massive troll - but there’s always hope. 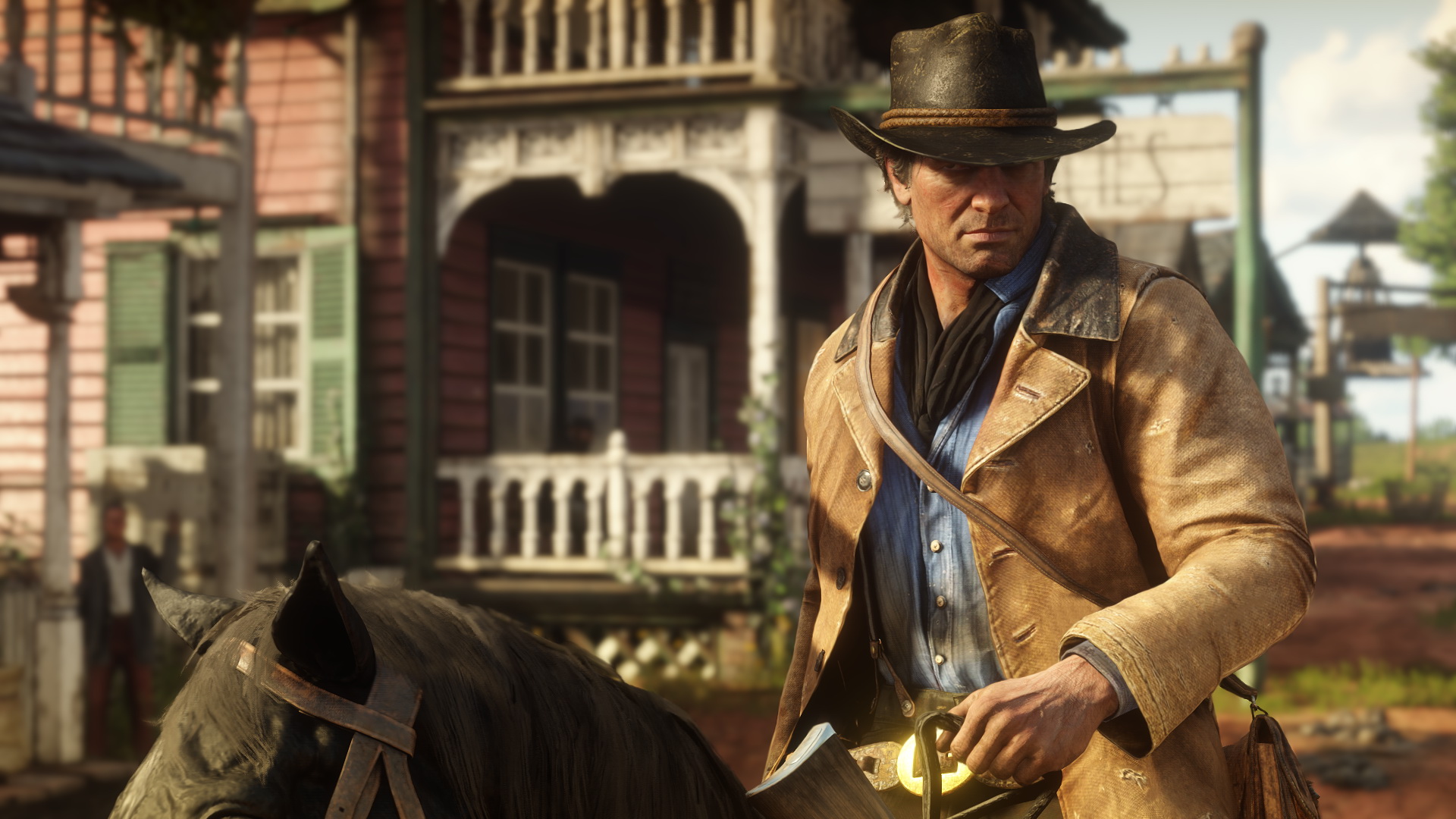 Speaking of leaks, the same story touched on a ton of different things. According to the insider, Red Dead Redemption will feature an equivalent to GTA V’s Strangers and Freaks series of whacky side quests, as well as more traditional Western pass times like fishing, poker and horse husbandry.

You’ll supposedly be able to experience these - and the whole game for that matter - from both first and third person perspectives, while roaming around on horses, trains, horse-drawn carriages, minecarts, and handcarts.

From the hands-off previews shown to some outlets recently, we know that horses will play a bigger role in Red Dead Redemption 2. You’ll be able to bond with your horsey chum, strengthening your relationship by spending time with it, feeding it, and stroking it’s soft little mane. The horse will then feel safer in your company, so it’s easier to control and spooks less.

As part of the same preview, Rockstar confirmed that the Honor System from the first RDR will return, and will affect how Morgan is treated by the NPCs and merchants in towns and settlements. The scale ranges from honorable to outlaw, and it’ll be interesting to see how this morality manifests itself in the final game. As reformed outlaw John Marston, it made sense that you could either try to maintain your integrity or relapse into lawless rebellion. As Arthur Morgan though, it seems like you’re still waist-deep in the degenerate lifestyle of a renegade. How “good” can a righteous playthrough be if you’re still robbing banks and killing people?

We also know from the hands-off demo that, based on your reputation from the Honor System, shopkeepers with alter their pricing and people will treat you differently. It’s possible that certain quests will only be available to upstanding members of the community, while others will require a less discerning gentleman, so to speak.

You’ll also be able to approach different situations in different ways, which will contribute to your reputation. The example used in previews has been where Morgan is looting a fishing settlement. When a fisherman appears and asks if Arthur would kindly put back the things he’s knicked, you can either whip out your six-shooter and gun him down, take the shoelace express and hightail it out of there, or menace the man into keeping schtum.

The time of day, location and any partners you choose to bring with you can also affect the outcome of quests. 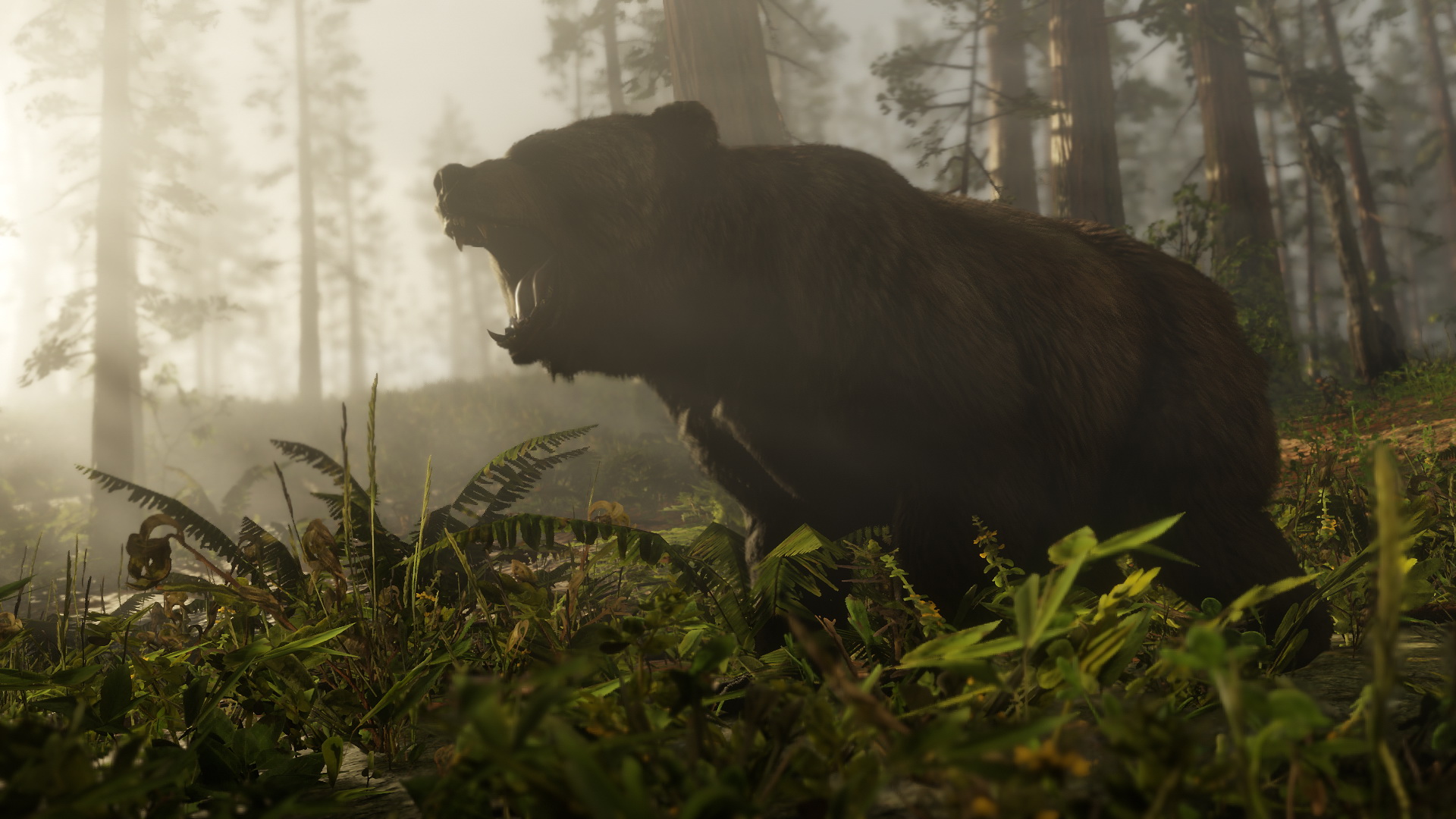 On top of all of this, the previews mentioned that there would also be an element of management to the gameplay. As one of Dutch’s right-hand guys, Morgan is in charge of running supplies to their camp. A morale system will mean that if everyone’s belly’s full, then morale is high. But if you’ve been skimping on rations then people will start to get grumpy.

One of the most interesting things that the first leak said related to Red Dead Redemption 2’s story.

Apparently, the same level of choice that’s available in side-missions will extend to the main story as well, which can change depending on the characters that you interact with - affecting both your future dialogue options and the objectives of missions.

It goes without saying that this is all unconfirmed though, and might never come to pass.

What we do know for certain from hands-off previews though is that Red Dead Redemption 2’s story will recount the tale of how the villains of the first game, Dutch and the rest of the Van de Linde gang, became the characters Marston turned to hunting down in Red Dead Redemption.

Rockstar themselves laid out what the plot will cover in a little more detail, in the synopsis they sent out along with the most recent trailer:

“America, 1899. The end of the wild west era has begun as lawmen hunt down the last remaining outlaw gangs. Those who will not surrender or succumb are killed.

“After a robbery goes badly wrong in the western town of Blackwater, Arthur Morgan and the Van der Linde gang are forced to flee. With federal agents and the best bounty hunters in the nation massing on their heels, the gang must rob, steal and fight their way across the rugged heartland of America in order to survive. As deepening internal divisions threaten to tear the gang apart, Arthur must make a choice between his own ideals and loyalty to the gang who raised him.