Razer has grown to much more than just a peripheral manufacturer, and rivals established gaming PC companies like Alienware. CEO Min-Liang Tan's insistence on quality and community is a major factor in this success.

As the comments on our earlier chats with its CEO have demonstrated, Razer is a brand that inspires passion. Fans are adamant that Razer gear is the best in the business; detractors can't see the point, often citing high RRPs and vague accusations of profit-mongering. It seems pretty clear that Razer doesn't just assign its price points arbitrarily; and although it's a profitable enterprise, every product you see on shelves is the result of years of effort and likely dozens of causalities - prototypes thrown out well past the point where other companies would have felt too committed to quit.

Even Min-Liang Tan, who loves every product the company produces. finds Razer's fanbase a bit mystifying.

The young CEO no doubt had high hopes for Razer when he founded it in the late 1990's, but he didn't expect it to get as big as it did; the company's themed product line names are a limitation Tan didn't expect to encounter.

Razer seems like a really fun place to work, and lets this attitude shine through
in its marketing and promotional materials, which has helped foster good
relations with its consumer base.

When designing the first Razer product, the Boomslang mouse, the team sat around trying to brainstorm a name for it. Some bright spark ( Tan said everyone who was there takes credit; he only knows it wasn't him) suggested a snake name, because "this is so kick-ass that it eats other mice". And what eats mice? Snakes. Hence the now-famous three-snake logo and the Copperhead, Diamondback, Deathadder, Orochi, Naga - and so on.

"We probably didn't expect that we would get so far, to do other products at other times, otherwise we wouldn't have done snakes and spiders and what have you," Tan said.

"We kind of live like, day to day. Even in our planning. It's a little crazy. One day we will be a real business. When we grow up. I know it's crazy."

One of the crazier things Razer does is licensed products. Sticking a brand on a peripheral might seem like money in the bank, but even hardcore fans are unlikely to part with the substantial investment required for an all-new gaming keyboard and mouse just because their favourite game is referenced in the detailing. Meanwhile, each licensed product goes through the same intense design process as a full new product release, making it an expensive endeavour.

I have a set of Mass Effect 3 Razer gear - Black Widow Ultimate keyboard, Imperator mouse, and Vespula mouse pad - which I picked up at reduced prices from on-sellers many months after release, when I was still deeply enthralled by the game's multiplayer and in sore need of a decent set of gear to sue in place of my tea-stained, crumb-filled everyday work gear. I like them - the mouse especially - and I mentioned this to Tan during our chat; he immediately put the discussion on hold to talk about the game's ending.

"What I liked about the Mass Effect 3 collaboration is that we managed to do certain things like not put the logo on it, and then call it Mass Effect 3. We used elements of it, like carbon fibre, the finish, the trimmings, the red - and I enjoyed that. I enjoy that collaboration - does it sell more product for us? Probably not. Most people buy a Razer product because it's Razer. Did we have fun doing it because I'm a huge Mass Effect 3 fan? Yeah, I love it. I did regret one of the collaborations we did, though," Tan added, but wouldn't go on the record as to which one. Trust me, though; he made a fair call. I actually couldn't even remember the product line he meant, which he seemed pleased by. "Okay, it wasn't so bad then," he said with relief.

The Cult of Razer 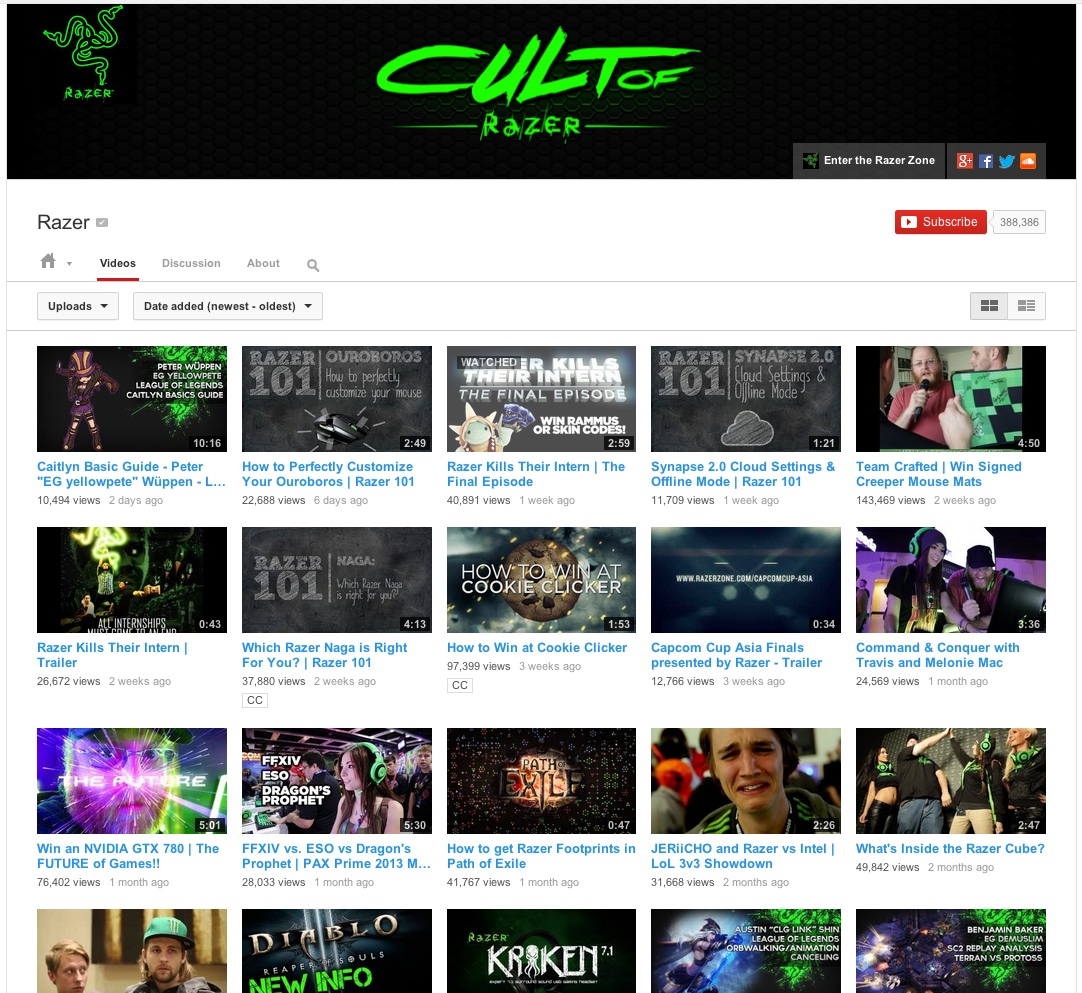 "The collaborations aren't commercial for us, either; we would probably sell the same. The StarCraft stuff did well. We enjoy working with the Blizzard team. But primarily we do that stuff because we like the game. And it's just really cool. Like, when we did the Star Wars stuff! It was like, wowwww, we get to work on Star Wars. I enjoy being able to work in certain universes. We're working closely with Brian fargo of Wasteland, Richard Garriott of Ultima - these are games that I play. These are games that I grew up playing and all of a sudden this guy is standing in front of me saying he's a huge fan, and I'm like 'Dude - I'm a huge fam', right? I'm want to take a photo and stuff like that - of course I do it. But I go, 'Oh, I just wanna put this on my Twitter,'" he said, deadpan.

"All of us are gamers at the end of the day and it's cool to work with some of these guys. It's incredibly cool."

So Tan's genuinely a gamer and a fan of gaming, and as one of the foremost experts in peripherals of his day, I was greatly interested in his opinion on Valve's new controller. Surely, of all the people I might be interviewing, he's in the best position to give me the nitty-gritties on whether haptic touchpads can really replace a mouse or even analog sticks.

It turns out, Tan's in no position at all to comment.

He really is; I attempted to bail Tan up over what sounded a little bit like confirmation that Razer is getting into the desktop business following the success of the Razer Blade laptop, but he carefully disarmed me and left me uncertain of what I'd heard, even after playing the audio back carefully. One thing is for certain - Razer isn't done making gaming systems, and isn't fond of the soubriquet "peripherals manufacturer".

Tan is one of the most accessible executives in gaming - and beyond. An active social media user, he interacts with the public on daily basis.

"I actually manage my own Facebook page myself, I don't have a team or anything like that," he told me. "I wish I did, then I would feel more important. I man it myself, I do my own Twitter. "

"If you put things in perspective and thing about most other gaming systems companies, we actually have as many SKUs as all of them. Because most of them have the 17", they have the 14", they may not even have a tablet. They may have desktops, which we don't have right now, but we ship a lot of these [systems]. Demand has been insane. We've fully shipped both in North America. Australia because of the constant lobbying and bugging from the fans this year I decided to give in and ship this in Australia."

Tan "gives in" a lot, as with the famous left-handed mouse, but he had a particular reason for bringing the Blade down under.

"Actually, honestly? I've got a soft spot for Australia because there were these two kids from Australia that when we launched the Blade Pro for the first time in New York they flew over to buy one, and when they got there it was sold out, because we sold out in 15 minutes. So these guys had gone all the way to New York. By the time they landed - they probably didn't time the whole thing too well and they were like 'It sold out? When's the next shipment come in?'" he said.

"And we - we thought we had a month's worth of inventory, so the next shipment was going to come in in about a month and a half. And we sold out in 15 minutes; we had nothing left. So these guys reached out and they said 'Guys, we just flew in here - I've only got enough money to stay here for three days', or something, I can't remember, they were only going to be there for three days for something else or something or other. And we made sure they got units.

"That was really cool. We've featured their unboxing video. Good bunch of guys. I know them by name now because I thought they were fun. We decided to just launch it here in Australia."