Can Silent Hill's fans ever be assuaged? We speak to Silent Hill: Downpour's producers on atmosphere, competition, soundtrack and that fabled first-person segment. 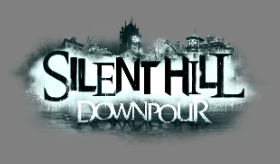 Being developed by Vatra Games in the Czech Republic.

Sees you play as escaped prisoner Murphy Pendleton exploring the southeastern side of Silent Hill.

This is the first time the score isn't composed by Akira Yamaoka. Instead, it's being handled by Dexter composer Daniel Licht.

For the hardcore, things haven't got easier with time: Silent Hill has moved on from its Japanese home of Konami Computer Entertainment Tokyo to be outsourced to western devs. California-based Double Helix made the last HD title, Homecoming, which didn't do so well in terms of reception.

But it's a plan that's clearly starting to bear fruit. UK studio Climax released the universally lauded Wii, PS2 and PSP game Shattered Memories in 2009, and now, Vatra Games, based in the Czech Republic, is making all the right noises about new title Downpour, releasing this fall for PS3 and 360.

And it's time to face up to some hard facts. Maybe the holy grail Team Silent game the die-hards constantly lust for just isn't a realistic project.

"Let me start by pointing out something which a lot of fans haven’t grasped yet: there was no homogenous ‘Team Silent’ that worked on all the Silent Hills," says producer Devin Shatsky.

In fact, the original creator and director of the first Silent Hill game, Keiichiro Toyoma, never worked on any subsequent titles in the series, instead moving on to Siren. The reality is, there were only three people that actually worked across all of Silent Hill 1–3: Hiroyuki Owaku, Masahiro Ito and Akira Yamaoka, and Yamaoka-san being the only member of those three that worked on SH4.

While the game's pedigree may be something of a myth, Vatra knows what its getting into bed with.

"Team Silent will make a SH game when Sasquatch returns to Bluff Creek, or Plesiosaurs once again inhabit Loch Ness."

"It's important for skeptical fans to remember that despite the games being developed "outside Konami," every title has been conceived and managed internally," says fellow producer Tomm Hulett.

"Konami takes a very active role in the creation of games that it publishes - we don't simply hand the franchise off with a blank cheque and then watch the schedule. Franchises like Silent Hill are important to Konami's success, so we make sure to have a hand in their creation."

Series fans seem to have the tendency to worry about whether or not gameplay will concentrate on fight or flee. Shatsky insists Downpour is aiming to have a fair balance.

"With Shattered Memories, we really wanted to create a sense of fear and helplessness by introducing creatures that you couldn't kill, so players were forced to run away," he says.

"While a lot of people really enjoyed that gameplay mechanic, we know there were still quite a few purists that wanted the combat experience as well. So with Downpour we’re aiming for the best of both worlds. Granted, it’s not an easy task."

The series has now lost famed composer Akira Yamaoka. Having been with the IP from the beginning - and created one of the best themes ever with Silent Hill 3 - Yamaoka's final contribution to Silent Hill was Shattered Memories. Afterwards, he left Konami to join Goichi Suda at Grasshopper Manufacture, and is now composing stuff for the EA Partners-published horror Shadows of the Damned with Suda and Resident Evil creator Shinji Mikami.

Why Does It Always Rain On Me?

The game's only trailer and dev diary to date.

But big games need big names: Daniel Licht, composer for TV show Dexter, is scoring Downpour. Shatsky says Licht was at the top of the most wanted list for composing Downpour's music.

"A few of us here at Konami, myself included, were big fans of Dexter and really enjoyed the music from that series, so needless to say Dan was at the top of our short list," says Shatsky.

"I’m just glad we got him, because the music he’s composed thus far has been phenomenal. Working with Dan has been a real pleasure, and his style is a natural fit for the series. I think the fans will be pleased as well, and that’s saying a lot."

"In more action-based horror titles, there are zombies or whatever everywhere. You’re constantly fighting them, and the fear comes from knowing the odds are stacked against you and watching that ammo meter drop.

"In Silent Hill, however, there’s a lot more walking around spooky environments wondering what could be around the corner. While we do have plenty of monsters and scare moments in Silent Hill, the player’s mind does a lot of our work for us."

Hulett continues: "A lot of the tension comes from you scaring yourself. If you’re constantly blasting zombies you never have a chance to calm down, look around, and let that dread grow again - you’re constantly on the go. Silent Hill games have a very methodical ebb and flow to their scares."

Shatsky promises that Downpour's horror elements will most closely resemble sibling Silent Hill 2, the usual fan favourite, but will stand on its own feet in terms of plot.

"It was the only previous SH that had a completely stand-alone storyline, with no plot elements tied to previous installments. When we conceived the story for Downpour, that was our one and only pre-requisite," says Shatsky.

"Downpour is no Homecoming - we won't be imitating SH2 by copying its key plot twist."

"We've said that it most closely resembles Silent Hill 2 in feel, and we've also noticed some fans being suspicious of this because, 'It's what they always say - does it really mean anything?' That's fair enough. However, Downpour is no Homecoming - we won't be imitating SH2 by copying its key plot twist," adds Hulett.

"In this case it's because SH2 was about the town of Silent Hill and a man who found himself there, rather than the cult or Alessa. The old Silent Hill team mentioned several times that the series was about "the town," and that it wasn't about a narrative that continued from game to game, but stories about people who ended up there.

"So this is the approach we're taking."

The horror genre has changed radically since Homecoming in 2008. Since then, we've seen a new canon Resident Evil and the introduction of what is arguably now the best horror series today: Dead Space. Shatsky says that action-based horrors like Resident Evil and Dead Space are aimed towards a mainstream audience, which totals up to "mass-market and more revenue."

"We’re fighting a bit of an uphill battle with Silent Hill, which leans more toward psychological exploration and atmosphere to create it’s tension. It will be interesting to see how things go in the next few years, but it’s obvious the trend has been continuing toward more action, more combat."

Hulett adds: "I don’t think any genre can be irreversibly locked in any direction; it’s natural for diversity to expand as time goes on. Every shooter isn’t an FPS, and every RPG isn’t linear and turn-based. If anything the continued existence of survival horror allows more experimental approaches to horror. Now have developers explored horror as much as they could have? Maybe not. But we’re certainly trying to show it can go places beyond shotguns and zombies."

Hulett says that, in regards to comments made by Konami president Shinji Hirano that Downpour will have "unique evolutions in gameplay," it'll try to have it "natural and intuitive" once more.

"The franchise has been content to stick with a very old-fashioned control scheme for a while now. Though it was more combat focused, Homecoming even stuck to these conventions in a lot of ways. The non-Wii versions of Shattered Memories dialed back to the comfortable standard, too," he says.

The first title in the horror series arrived on PS1 towards the end of the millienium, with the most recent Shattered Memories launching on Wii, PSP and PS2 in 2009.

"Hopefully with Downpour everything can feel natural and intuitive again, instead of forcing in old concepts for the sake of tradition. But we’re always sensitive to retaining that horror atmosphere. We aren’t abandoning things that work, such as fixed cameras; we’re just finding ways to use them naturally in a contemporary way."

And the perspective rumours? A listing led to chatter Downpour would be set in the first-person. No smoke without fire, right? Wrong.

"Shortly after the game was announced, detail-hungry gamers noticed Vatra's developer profile listed them as a 'first-person shooter' developer," says Hulett. "They jumped to the conclusion that this meant Silent Hill would become an FPS. I can assure everyone there is not, nor was there ever, a plan to make an FPS Silent Hill."

While the jump to first-person is too far for Silent Hill, though, motion is a different matter. Shattered Memories was the first motion-based title in the series, having released on Wii, and it's possible PlayStation Move and Kinect will be brought into the IP if it can be done in an appropriate way.

"Shattered Memories did a lot of really cool things," says Hulett. "I’d definitely like to incorporate motion control into future titles. The catch with things like Move, though, is making sure the experience is just as compelling with the motion control as without.

"But naturally you can’t use motion control unless there’s a compelling reason to do so - it’s a delicate balance and takes a lot of thought to pull off correctly."

And then there's the online question. Dead Space and Resident Evil have all implemented online play in some form, be it competitive multiplayer or co-op. It was only a couple of weeks ago that Capcom announced the co-op-focused Resident Evil: Operation Racoon City for release later this year. Could it work in Silent Hill? Again, it's down to the ideas, says Hulett.

"In the early planning stages of Downpour we'd talked about what could be done with multiplayer," he says.

"However, that isn't something we'd want to tack on just to have another bullet point. If we were to make a multiplayer Silent Hill, it would have to be something compelling and new. So we decided to focus on creating a great solo experience with Downpour. I certainly think it's possible to make a co-op horror title, but it's something that needs to be carefully crafted to succeed."

All the right noises. Its understandable players are skeptical of Downpour bringing Silent Hill back to its glory days, but it does seem Konami and Vatra are on the right track.

Silent Hill: Downpour releases this fall for PS3 and 360.