Rainbow Six: Siege developers recently talked about this idea, but we're only finding out now what it actually means. In a blog post, the developer explained how recoil currently works, why it needed to be changed, and what's the end result going to be like.

This all was kicked off thanks to a video from a player showing the L85A2 having misaligned sights, which results in bullets not always going where they should. After investigating what everyone thought was an isolated bug, the developers realised that this actually affects every weapon in the game.

According to the blog post, this issue stems from how the game creates the recoil effect. What Siege does is move the weapon sights from the centre when the recoil kicks in. "The weapon offset in first person created a parallax issue between the gun and the world," the developer explained.

"The gun you are holding is rendered at a fixed 50 FOV, but the world is rendered at 60 FOV for consoles and anywhere from 60-90 FOV on PC. Because of this, any amount of movement we do with the First Person visuals off the centre of the camera will immediately cause alignment issues with the weapon."

As you can imagine, this prompted the developers to implement a change. After first looking into removing this offset altogether, they realised that much of the recoil effect relied on this offset, and removing it would make weapons too easy to control. The team even tried to change the recoil of every weapon to account for the offset's removal, which exposed another problem.

Siege's old recoil system only allows developers to set one recoil pattern definition. "The first bullet would go directly where you are aiming," the blog reads, explaining how the old system worked.

"To calculate where the second bullet would go, the engine would select a random point within a set of parameters shaped like a diamond." 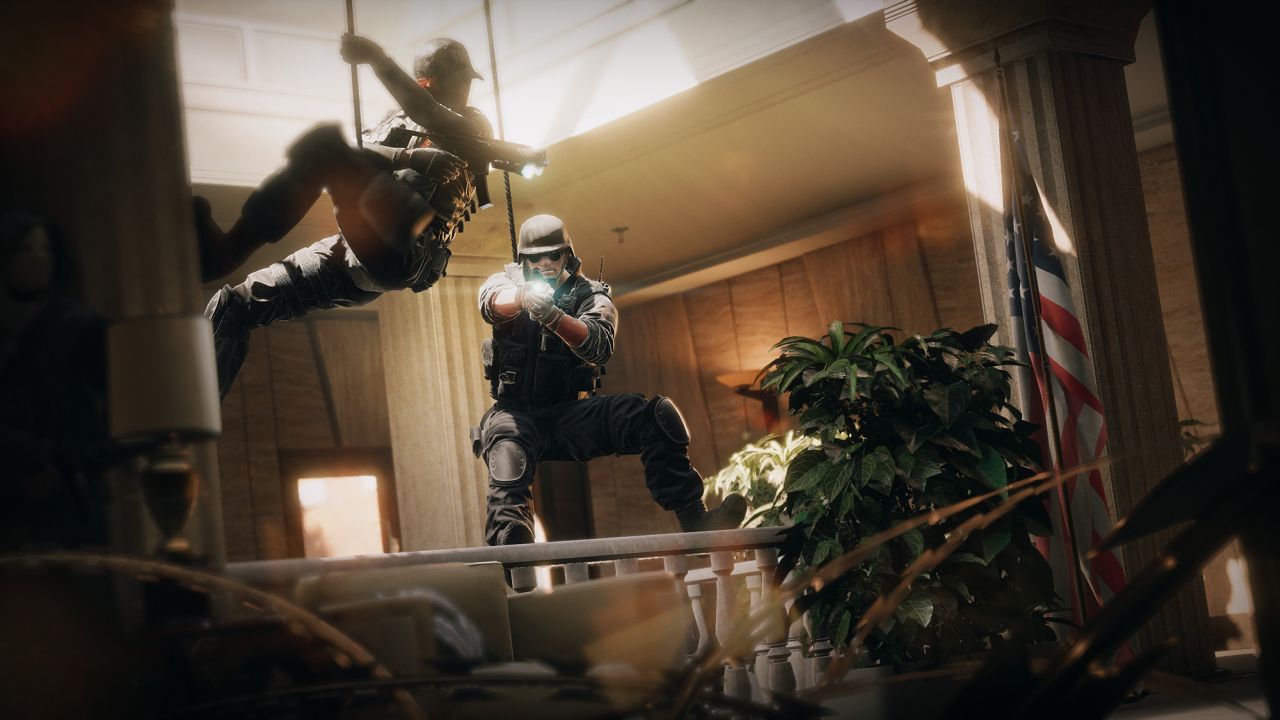 Obviously, this added a limit of randomness and made weapons feel unpredictable. The solution, which is currently available on the test servers, involves a new multi-stage recoil system. Through the new tech, developers can define multiple data sets at any stage of the spray. In other words, the second bullet will be governed by pull left/right values found in other competitive games.

In particular, it's very similar to Counter-Strike: Global Offensive, something many players pointed out on Reddit. It's created a bit of a controversy among the player base, where many see it as a bad change because of how different weapon damage works in both games.

Regardless, the new system means more recoil patterns to learn, and to make it easier for players, the developers split the weapons into families. Each family will share the same recoil pattern, with some small differences. This doesn't affect pistols, DMRs, shotguns and some low rate of fire SMGs.

Here's how they're grouped:

You can test the changes for yourself on the test server.