If you've wanted to give Rainbow Six Siege a try, you can do so for free this weekend.

PC and PS4  players and those with Xbox Live Gold on Xbox One can play Rainbow Six Siege free this weekend.

Starting today, the free weekend will provide the opportunity to test the upcoming Ranked Mode, including the Ranked Reborn Playlist.

You'll also be able to play every single mode including the newcomer playlist, and Reverse Friendly Fire. If you like what you play, all progress will carry over upon purchase.

Both characters will be available at the season’s launch for Year 4 pass owners, and available to unlock for all other players a week later.

The Rainbow Six Siege free weekend runs through Tuesday, June 10 at 12:59 am PDT. 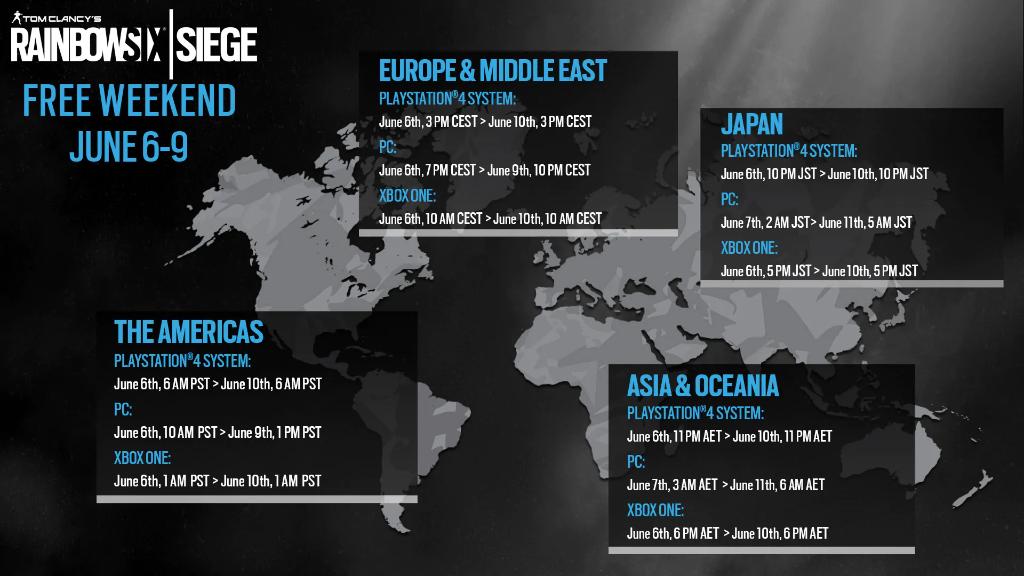