After a pretty conspicuous tease yesterday, Microsoft has officially confirmed that Ubisoft's multiplayer shooter will be arriving on Xbox Game Pass on October 22.

This highly competitive game, which has a thriving esports scene, is set to arrive on the subscription service next week – and it'll be playable on both Xbox One and Android when it lands... though trying to stay alive and operate on a level playing field on your phone may not be the smartest idea in the world.

If you choose to download the game via Xbox Game Pass, you will be able to get 10% off all in-game items. This includes the Year 5 pass – an add-on you can purchase to unlock new operators, get renown boosts, and more besides.

It appears that the version of the game you'll be playing if you download the title via Xbox Game Pass will be the Standard Edition. As such, you'll need to unlock Legacy Operators with in-game currency. 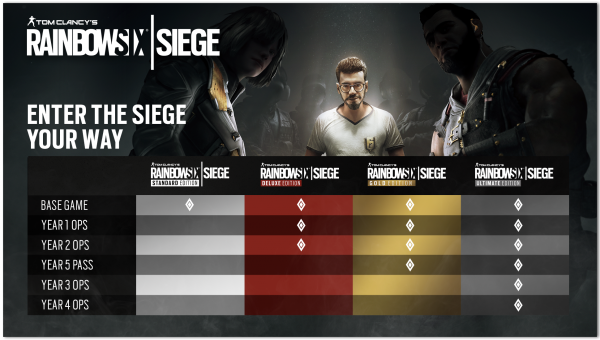 Rainbow Six Siege is due to get a free upgrade to next-gen consoles at some point in 2020: this update will add support for 4K resolution at 120FPS to the game. Whether Siege remains available on Xbox Game Pass until then remains to be seen.