Bethesda's just confirmed that the Anarchy Edition of RAGE will launch here in the UK.

The special edition, first confirmed during Bethesda's pre-E3 event in Utah last month, will come with the following:

GAME, HMV and Amazon have all been confirmed to stock the Anarchy Edition.

You can find the contents of the pack below. Those who have already pre-ordered the game will be automatically upgraded to the Anarchy Edition. RAGE is out on September 13 in the US and September 16 in the UK for PS3, 360 and PC. 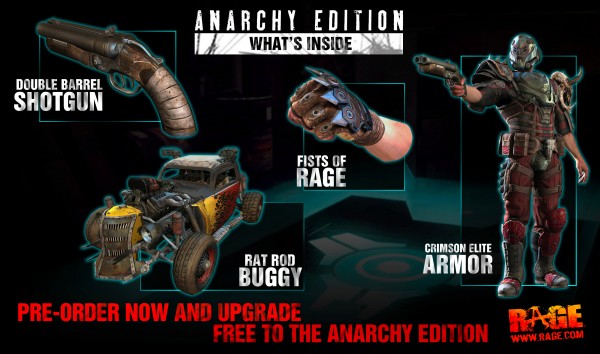