Unlike the first game, Rage 2 doesn't have any multiplayer options or co-op missions.

So why did id Software drop multiplayer features from the sequel, and what does it hope will keep players coming back to the pink apocalyptic shooter?

"We feel like we're delivering enough value for what players get," Tim Willits, studio director of id Software, told VG247. "We can have enough dynamic systems and deliver enough content and focus on the best things about the game. 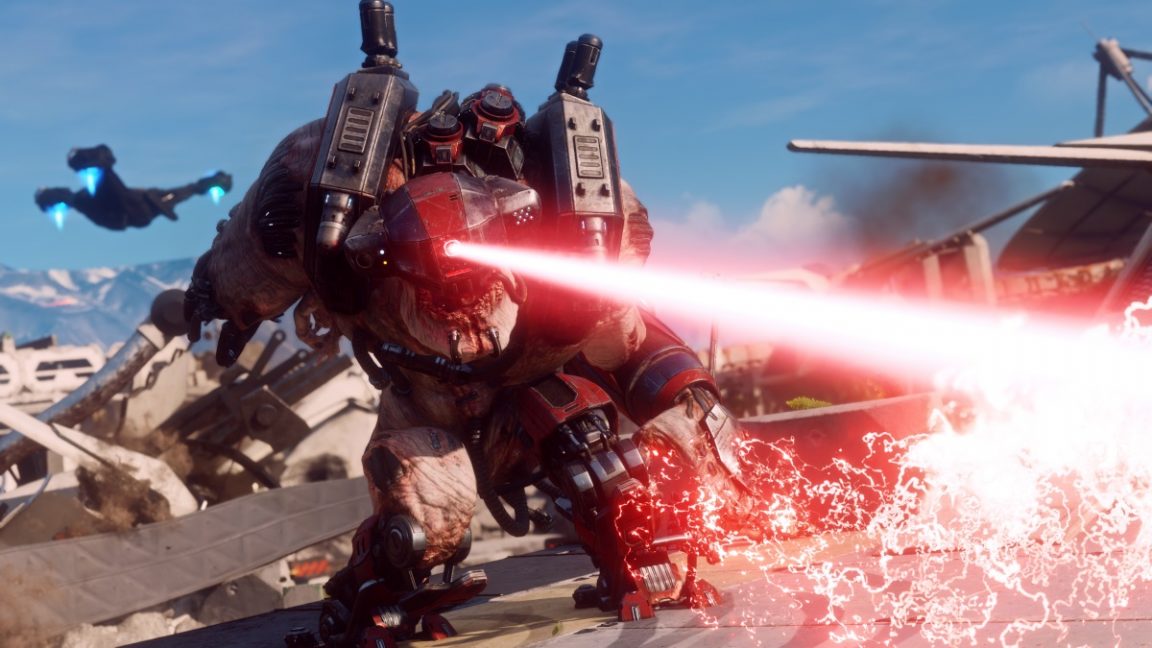 "You can do anything, you just can't do everything. So we focused on what works best for us," he said. What works best is purely single-player.

With no multiplayer to jump into once the main story is over, Willits is hoping a mix of paid and free DLC will be enough to keep players in the game. "We'll have some post-launch updates that will add experiences so you keep playing. You can finish the main story - if you want to finish it fast, which I encourage people not to do - and you can go back and do other projects. We'll have some free content and we'll have some paid content," he added.

There's no solid details on DLC yet because id Software plans to monitor player habits and build content around Rage 2 post-release.

"We are going to try to connect in the life of the game a little bit to give more support. We have a post-launch team that we're putting together now. We want to see what people like so we can shift quick. We try to keep track of what people are doing, where they're going, where they spend the most time."

The map already has locations where DLC will be added, and eagle-eyed explorers of Rage 2 will be able to spot those locations from launch - without being able to reach them.

"If you drive around the edges you'll see things that look really interesting that you can't really get to," he said. "You'll be like 'I bet there's going to be post launch content there...'

For more of Rage 2, check out our hands-on preview of the open world and story missions.