Following on from the PUBG Deadmau5 crate and the Spa Day crate, Twitch has now detailed the third one of these for Prime members.

Called the Jungle Crate, this box comes with two full outfits, all jungle-themed. The Jungle Crate also includes two weapon skins: the Croc Bite for the M16A4, and the Bengal Blade for the SCAR-L.

That's eight items in total, available completely free to Twitch Prime subscribers starting Friday, August 17. All you have to do is link your Twitch account to PUBG through the game's menu, and you're set. 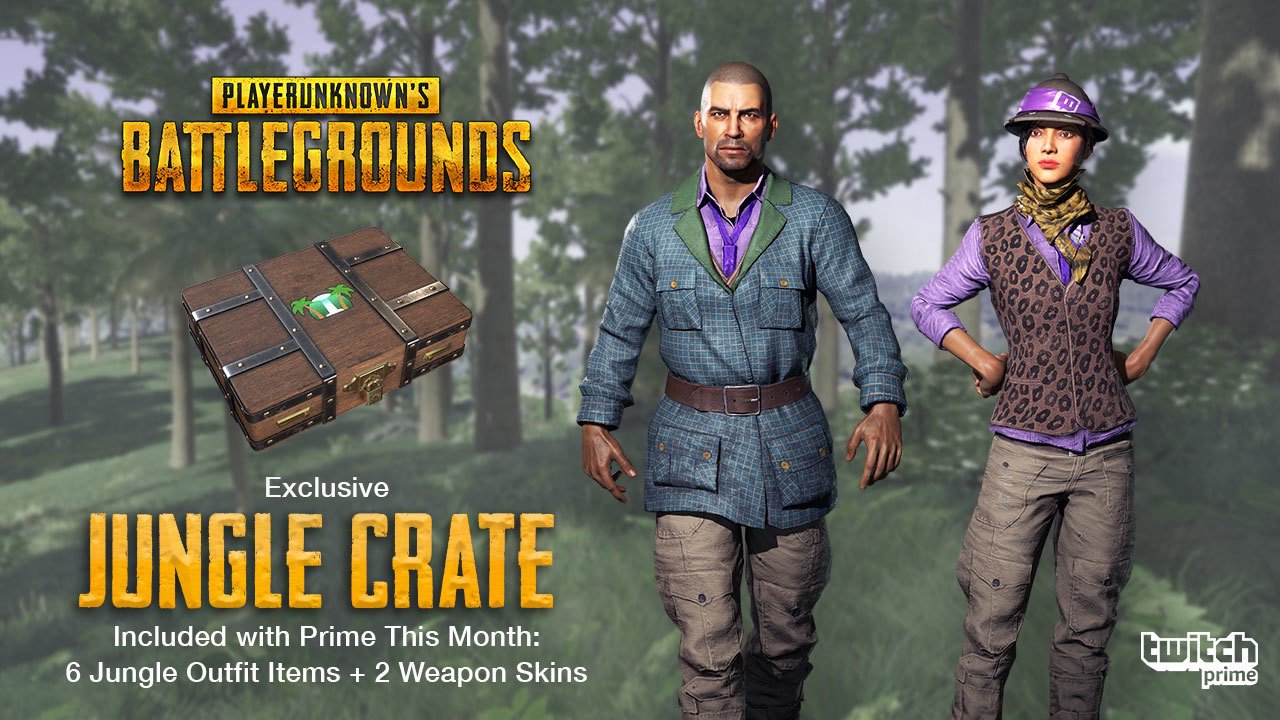 If you're not a Prime member you can sign up for a 7-day trial through here. Do keep in mind that none of these items are tradeable or marketable.

Here's everything included in the Jungle Crate:

Two more crates remain, to be unveiled at a later date.

In other PUBG news, the game's developer PUBG Corp. recently unveiled a months-long plan to fix the game.