It’ll only take you a few seconds to make out PUBG Corp.’s laser-focused design intent behind the game’s third map, codename Savage.

The smaller play space (4x4km compared to 8x8km), the way it’s split into three islands, and how quickly the first circle takes shape are immediately noticeable.

The goals are clear: reduce the time it takes to get into a firefight, remove the “boring” grind, and keep everyone closer together and moving faster to the centre. Savage is an apt name for this action-focused map.

Just making a smaller map wasn’t going to achieve those goals, of course, which is why the play area is already restricted before you’re even allowed to jump out of the plane. It’s also why the blue circle will catch you lagging because you’re not used to how fast it is on Savage. But perhaps the biggest change to PUBG’s core loop is one a certain segment of players has been asking for: the frequency and level of loot spawns around the map.

In all the hot zones I drop into, and some of the smaller towns on the outskirts, I am showered with rifles (mostly 5.56), level 2 vests and more helmets and ammo than I had seen before.

You may be used to racing for pistols and shotguns in PUBG's opening moments, but Savage has you picking your favourite rifle from a pool of pretty much all of them the moment you touch the ground. Many of these spawns are visible as you get closer to the ground, and you can easily position yourself to land on an M416 instead of an AKM. 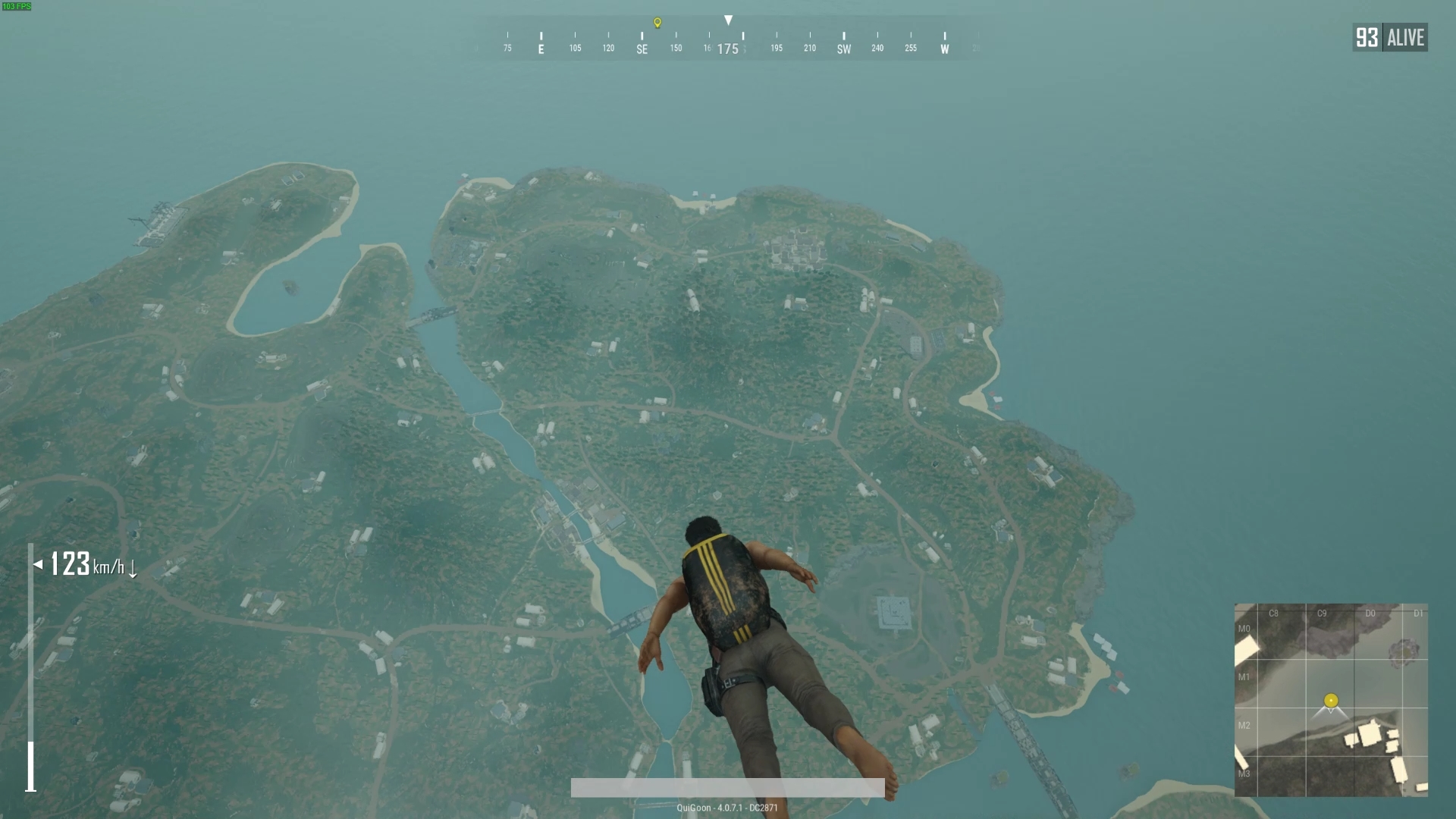 These first few fights are now more about drawing first blood or quickly picking a spot with good sight lines, rather than looking for ways to graduate from your meagre pistol.

The uncertainty that fills you as you inch ever closer to the ground and wonder if you’ll be lucky enough to land on an automatic weapon before your enemies do is not something you’ll get here. The rush I remember from those first few moments of most matches on the bigger maps, and the terror that builds up when I realise it may be too late, are all things that don’t cross my mind in my four hours or so on Savage.

Yes, Erangel and Miramar’s scarce loot can lead to disappointment, but it’s what makes these early moments so terrifying.

PUBG’s dodgy netcode is often to blame for making close quarter encounters – especially when many players are present – feel like scuffles more than calculated manoeuvres. PUBG is not a fast-paced action game. It’s not built as one. It’s a game with Arma-lite weapon mechanics, clunky movement, and a floaty jump. These aren’t things that make the sorts of fights that Savage provides fun. They make them unpredictable in the worst way.

This unpredictability is amplified by the rest of the map’s design. Regardless of which part of the circle you land in, the small size, number of players, and how quickly everyone must move means you’re never too far from an encounter with the enemy.

The mid-game part of PUBG is almost entirely gone. You’re not stalking others, carefully executing a flank, or lying in ambush at an exit. You’re not having to make tactical decisions on where to stop or which targets to engage. The only thing that goes in your head is whether you took too long to finish your recent firefight.

Even the search for better loot, which typically highlights the start the mid-game, may never happen. You’ll be in more fights quicker, and the plentiful loot in Savage means you'll end up with most of what you want without hunting for it.

Vehicles predictably play a much smaller role, but they do still have their use as mobile cover, or as means of snatching an air drop and quickly going back to safety. You can still loot outside the zone and use a car to get back in, but the map is small enough that you can get away with just running. Long vehicle rides where nothing happens for two or three minutes can't exist on Savage.

Savage is not a map for those who like playing the long game.

There are two very common situations I've been in several times on Savage, in solo and squads. Often, a player I am shooting at will be killed by another who comes up behind them. And if they aren't dead, they may abandon the fight when they realise they're on the wrong side of the circle.

Both of these happen all the time in PUBG, but the frequency with which they do here is why it slowly sapped the joy out of encounters. I am not expecting every fight in PUBG to play out over five minutes or anything, but the difference between older maps and Savage is stark.

Savage is PUBG’s best looking map. Its tropical island-inspired aesthetics make for a lightly saturated, more vibrant look. Its terrain does away with Miramar’s big, bumpy open spaces for Erangel’s more confined arenas, and it is all layered over by a new feature: dynamic weather.

Constantly changing, randomised weather conditions play a role in making things even more chaotic. Clear skies can slowly turn into a foggy, gloomy atmosphere that makes it harder to see other players. When rain is triggered, it masks footsteps of nearby enemies - though it's not as deafening as it was in Early Access.

I can't help but feel that a lot of what Savage is and isn't is a response to criticisms of the older maps. When you get past the obvious size and loot spawn differences, a few other details stand out. Buildings don’t feel lived-in the way Erangel and Miramar houses and barns do.

This may change down the line, but as it stands, structures skew more towards purpose-built arenas than abandoned homes you just happened to run through.

I am sure everyone has their anecdotes about being cheated out of countless clean shots by a rogue piece of furniture or some window's metal bars on the older maps, but there’s something to be said for giving objects and places a sense of purpose. Things are just too tidy and clean, and not as a result of more polish. 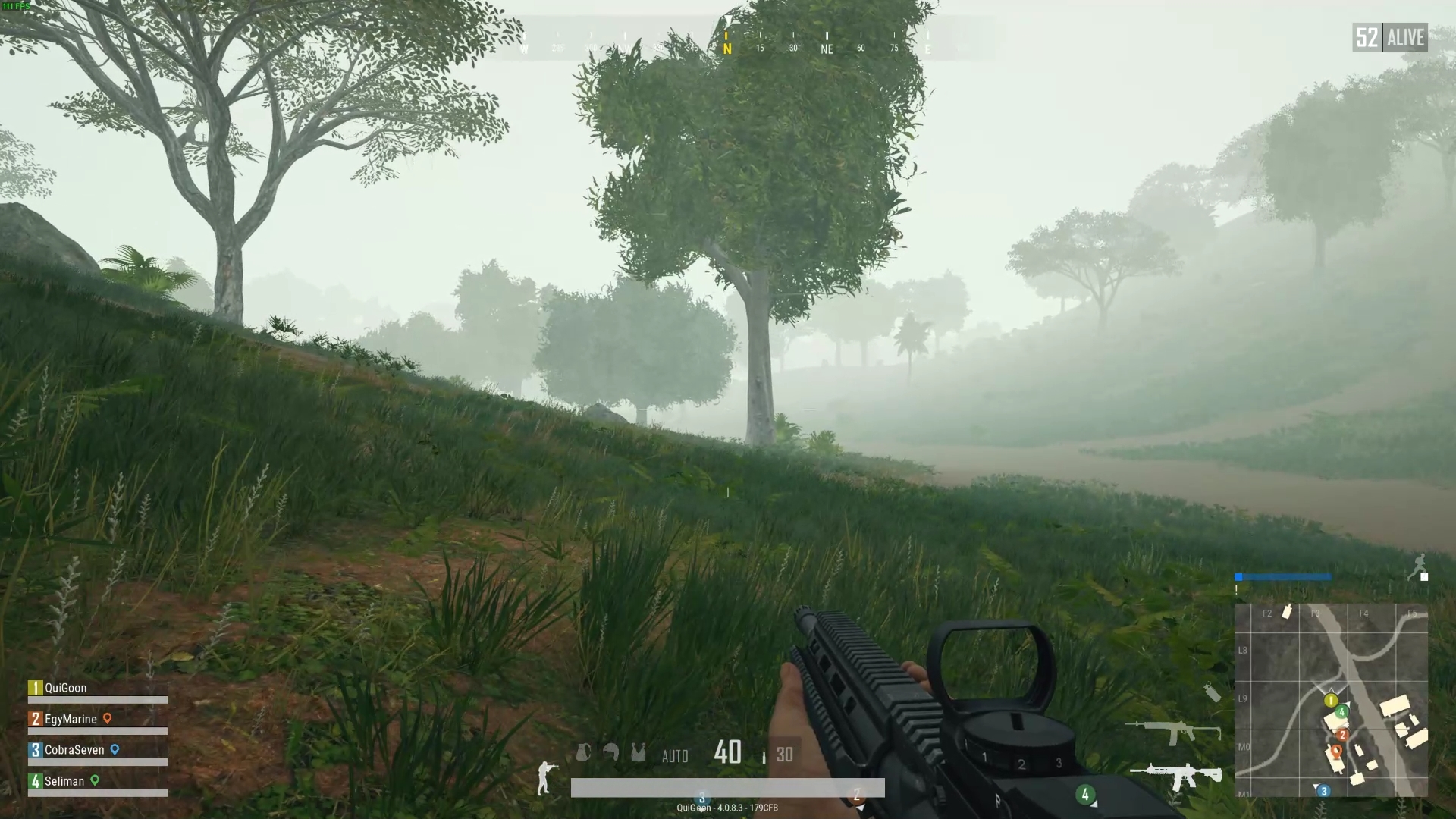 One of my problems with PUBG competitor Fortnite is that its rounds feel incredibly disposable. There’s no struggle, no grind at any point in a Fortnite game. Finding weapons quickly is a non-issue, and you never have to consider the most efficient or safest ways of travelling across the map. You just casually run around and pop a piece of cover anytime you get surprised by an attacker.

The payoff greatly diminishes when the risks and strife it took to get you there are non-existent. Battles are hectic, but there is nothing to contrast them against. No moments of quiet.

I am not advocating for a bigger map just so I can have a similar experience to what’s already available in Erangel and Miramar. I am happy to play on Savage as a once-every-several-matches distraction, but it’s far from my ideal PUBG experience.

The earlier maps allow for everyone's different playstyles to emerge. It’s why PUBG can be a game about hiding in bathrooms for five minutes until being forced to move, as much as it is about dropping School or Hacienda every round for the best loot and the shortest time to action.

What some may hate, others make use of. When the only path forward is predefined, things quickly become stale. The allure of constant action wears off quicker than the well paced shenanigans on the older maps. Some restraint is required, even if it inevitably makes certain parts a bit boring, because it is that downtime that makes the unexpected presence of an enemy player so exciting.