It was recently revealed that PUBG has now sold over 70 million copies worldwide less than three years after it originally launched.

The news comes from GamesIndustry.biz. Widely lauded as the original battle royale prior to the global explosion in that specific genre, PlayerUnknown's BattleGrounds has, according to PUBG Corp, shipped over 70 million units since its official launch in December 2017. It had been in Early Access for nine months prior to that, originally being available for beta testers in March of the same year.

According to the GamesIndustry report, this is the first time PUBG Corp has released sales figures since June 2018, at which point the game had sold approximately 50 million copies. While precise platform figures are not known, it's worth mentioning that PUBG came to PS4 six months after that figure was announced, which likely contributed at least in part to the extra 20 million copies sold since.

In related news, parachute follow returned to PUBG alongside the new C4 in a PC patch from last month. Meanwhile, PUBG's Sanhok is being remastered, and it's getting Warzone-style pre-customized weapons.

On that note, Call of Duty: Warzone recently got a new 200-player mode. Apparently counter-UAVs could be on their way to Warzone in the near future, too. 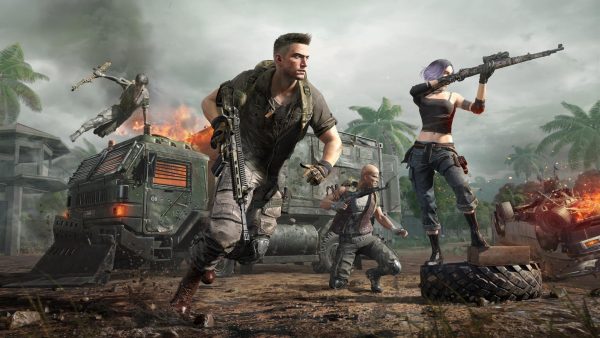 It's also worth drawing attention to Ubisoft's take on the battle royale genre, Hyper Scape. It was revealed earlier this month, and is a futuristic FPS battle royale being developed by Ubisoft Montreal. If you're curious, check out our Hyper Scape hands-on impressions.

It doesn't seem that the influence of battle royales on the industry is going to decrease any time soon. In fact, it was recently confirmed that Ubisoft is rebooting its open-world pirate game, Skull and Bones - which was originally shown way back at E3 2017 - and is apparently drawing inspiration from Fortnite to make it more aligned with a typical live-service game.