Following a brief soft launch in Canada, PUBG mobile is now available in the US and is coming to many more territories around the world. Here's how to download it on iOS and Android, as well as a list of the compatible devices.

After it hit the Canadian Google Play store last week, PlayerUnknown's Battlegrounds is now available in the US and a variety of other territories on both iOS and Android devices, presumably a move from Tencent to take the fight to Fortnite Mobile which recently launched in a closed beta state.

Developer Tencent say it's a fully fledged and faithful version of the PC game, and it still drops 100 players onto a murder island, tasking them with killing each other until only one ultimate victor remains. PUBG is the third best-selling game in Steam's history and has gleefully smashed a bunch of records, so its arrival on mobile is a pretty big deal.

If you want to try out the mobile version of PlayerUnknown's Battlegrounds all you need to do is head to the right store for your device: it's available on the iOS App Store and the Google Play Store right now - if you visit those links it'll pop if it's available in your territory.

If you just can't wait for it to come out in your region, there are ways to download apps from other stores, which we'll go into below:

How to download PUBG Mobile on iOS and Android

On iOS in the US:

On iOS in the rest of the world: 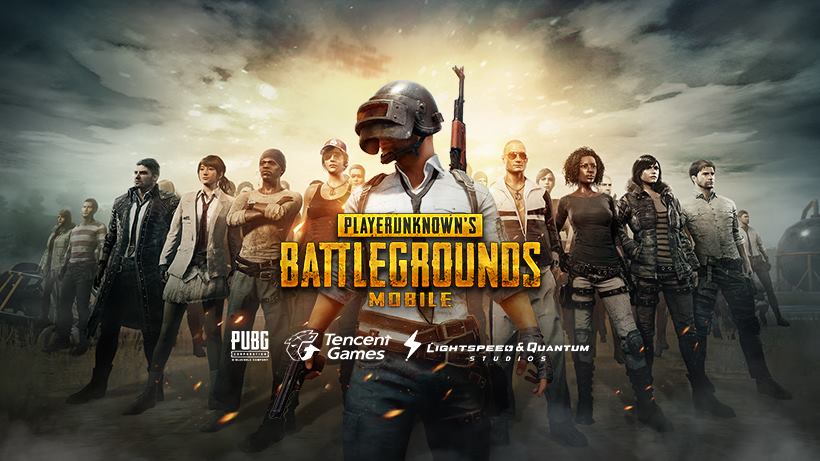 "A lot went in to controls and optimization to give players a smooth and intuitive experience," said Chen Jerry, Tencent's corporate VP. He went on to describe it as an "authentic" experience for PUBG fans.

On iOS PUBG Mobile requires iOS 9 or later and will reportedly run on any iPhone back to the iPhone 5S, although this may cause you to encounter unfixable bugs, so an iPhone 6 or above is recommended.

Android users will find support on 500 different Android devices, though you'll need one running Android 5.1.1 Lollipop or newer on a device with at least 2GB RAM.

The game takes up in the region of 900mb to download and install.

You might find that your first couple of matches in PUBG Mobile are remarkably easy, as you rack up kills and earn yourself a chicken dinner. That's great, but it's not because you're amazing at the game. PUBG is stuffed full of bots during your first few matches, to ease you in to it. As you get better, more human players are introduced over time and the challenge gets tougher as you take on other live players.