The Gunslinger Crate includes five gunslinger-themed clothing items, and two weapons skins for the R45 revolver, and the S686 shotgun. The crate is free to Twitch Prime members, but the way you receive them have changed slightly.

PUBG has implemented a new account system, which is going to be handling these sorts of promotions going forward. What this means is that if you linked your Steam/PUBG to Twitch before October 10, you'll need to repeat the process using the updated global account system. 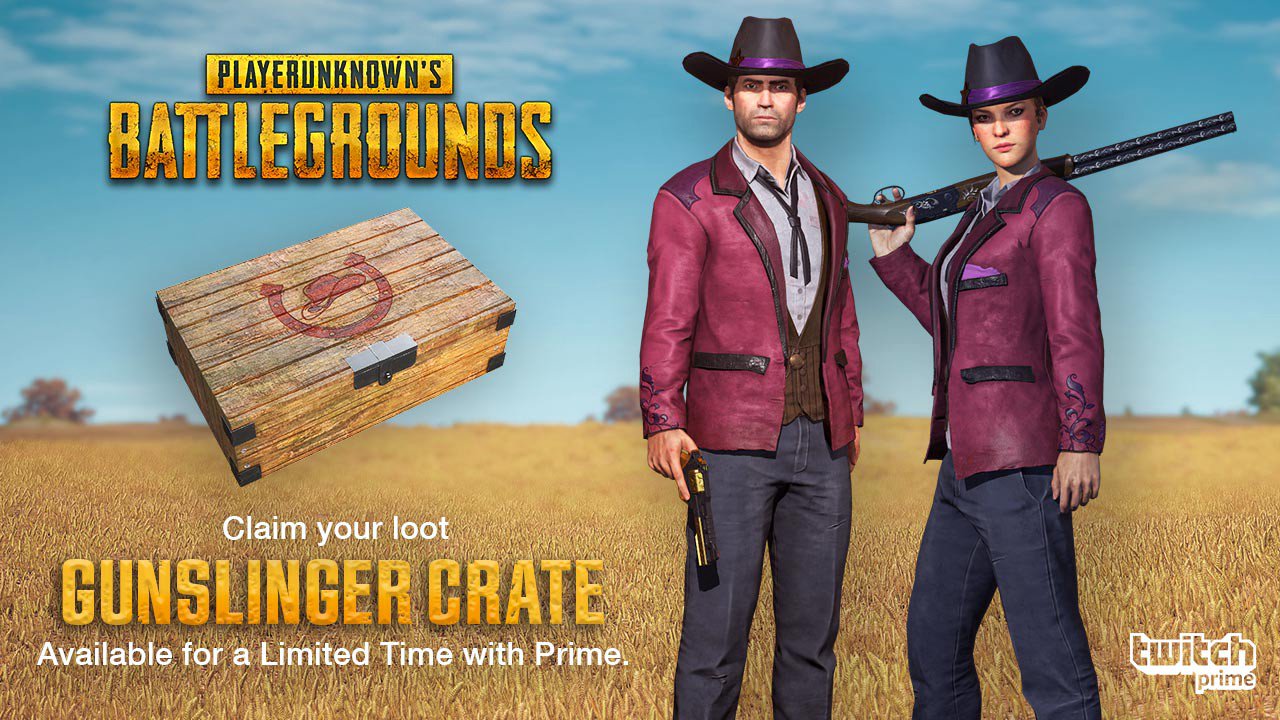 This can be done through the game itself, but it's going to open a web browser page for you to fill in the rest of the details. Without doing this step, you won't be able to receive the crate, even if you had Twitch linked to PUBG before.

The steps area simple enough, and you can always refer back to this page for all the details.

In other PUBG news, the game's new test patch on PC added the Skorpion machine pistol and a couple of quality of life improvements.