The most recent PlayerUnknown's Battlegrounds patch added an item that wasn't mentioned in the patch notes.

The PUBG patch, released about a week ago, brought a flare gun to the game.

If you follow PUBG datamine leaks, you'll recognise the flare gun from several previous leaks. Textures and sound files for the gun were found on a couple of different occasions, leading us to believe it was going to be added at some point.

Well, we can stop theory-crafting now because the flare gun has indeed made its way to the game, PUBG Corp. just didn't tell anyone about it. The flare gun is currently only available in custom games, which means only those with access to custom servers can create games where it can spawn.

You can join these games, obviously, but even then, you'll still have to find it, and it it's the rarest item in the loot table by far. So what does it do? Surprisingly, it is not used to set someone on fire.

Instead, you use it to call in a special airdrop that can contain healing items and boosts, or your typical air drop-only weapons. They'll usually come in pairs, so you could end up with an AWM and and AUG.

You'll know you called in one of those special drops because it'll be landing with the help of three parachutes, and is going to look very different from the red metal box you expect to see drop from the air. 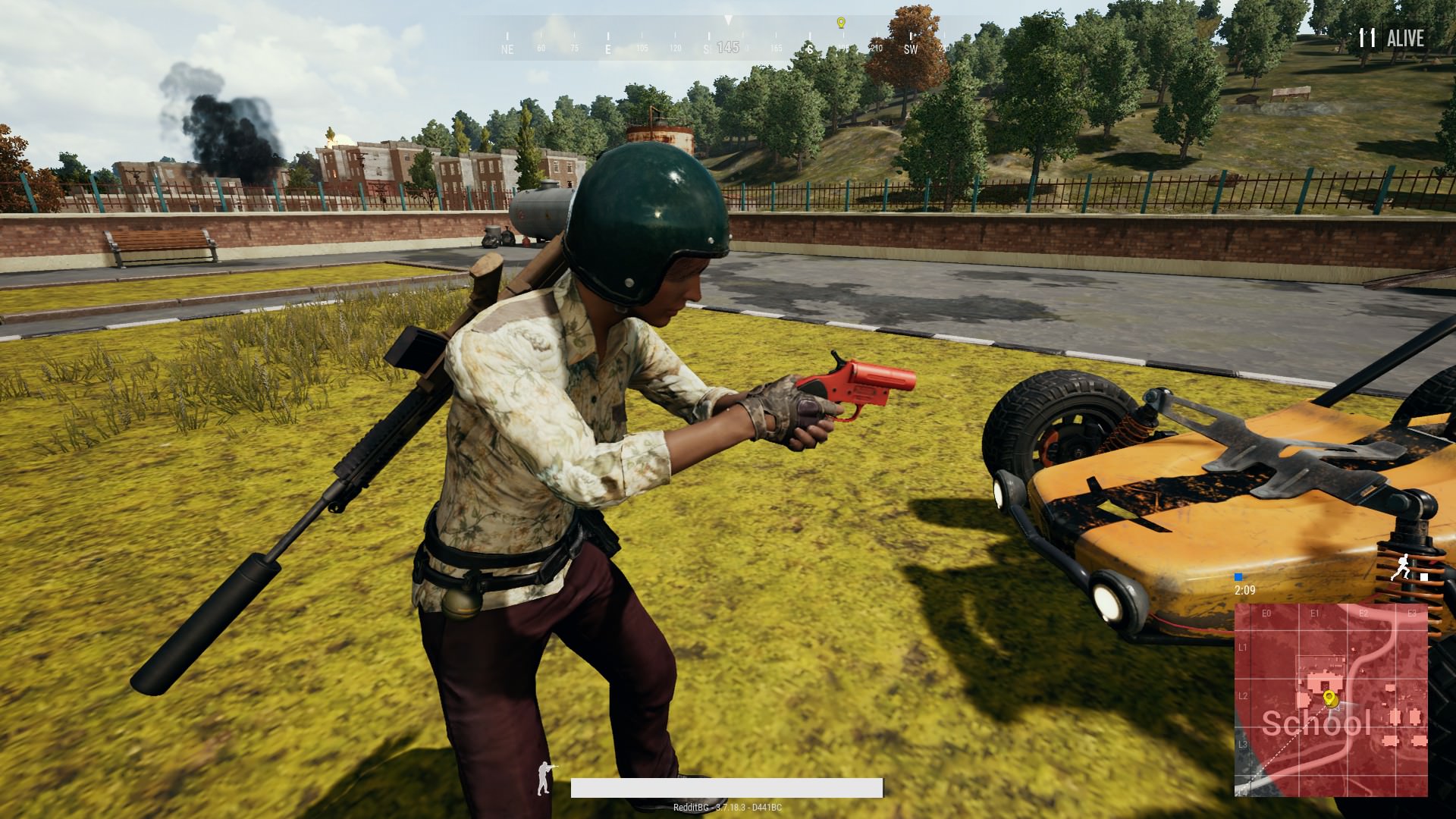 Needless to say, the potential for a game mechanic like this is immense. Imagine a game mode where you were allowed to call in your own air drop, but must still fend off other players who want to claim it for themselves.

Or what about a mode that makes acquiring the flare gun the entire point? In the recently published PUBG 2018 roadmap, Brendan "PlayerUnknown" Greene said that the team is barnstorming some new game mode ideas.

He did point out that it's still early days, but the point is that the intent is there and the flare gun could just be one way for these permutations to occur.

Watch Killer7's video demonstrating how it works here, and check below the video for a couple of in-game screenshots (via samwalton9).