Fans have known for a while that PUBG Corp had intentions to add bots into the mix, but that hasn't seemed to soften the blow. "We had a thread for the news that PUBG was adding bots into public matches with update 7.1 but I thought a follow-up thread was probably fine to share some feedback from fans," writes one ResetEra user.

"And, guess what, THE BOTS ARE FUCKING TERRIBLE."

There's a particularly lengthy Reddit post, embedded below, that claims the game is "officially dead and entirely ruined."

This game is Officially Dead and entirely ruined. There are over 70 bots in the lobbies I've played in. There is zero tension, it's boring as all shit. I have played this game more than most people by a significant margin. I really liked this game...but this..This isn't even Pubg, this is a disgrace from r/PUBGConsole

"Bots are stupid as shit and move in straight lines or stand perfectly still, they are no fun to kill and no fun to fight and you don't care at all about engaging them," the post reads. "This is the single most bullshit thing any company has ever done to a game post-launch."

Amidst all the raging bot hatred though, some players are viewing the change through a more opportunistic lens. Bang smack in the middle of a dozen berating commenters lies one brave, avaricious soul. "Hold on," they write. "Gonna go win my first match ever. Been waiting for this for years..." 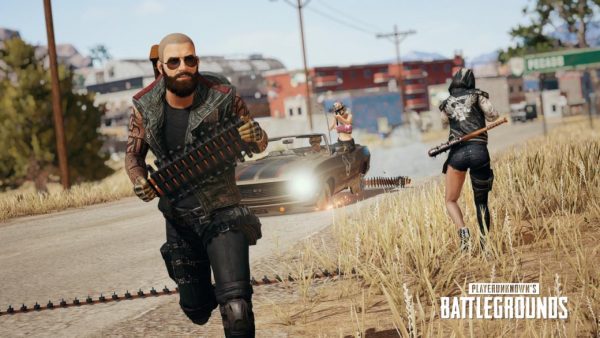 Another person reckons bots are great because now their little brother can actually enjoy the game without getting picked off almost instantly. Plus the bots won't appear in ranked so, really, all the hate is a bit much. They're just intended to make the game more approachable to casual players looking to have a laugh. Not the end of the world.

In related news, PUBG is available on Stadia now. Also, the PUBG Global Series is set to be replaced by online events.