PS5 and Xbox Series X are on the horizon - what could that mean for games that build their own simulated worlds?

That’s a question we asked Arkane Lyon when we got a chance to speak with the studio for its 20th anniversary.

“Visual fidelity is always nice, but, you know, well. If you ask me, I think Dishonored 2 and Outsider look splendid, so if I can have that running at 60fps in 4K on my console, I would be already pretty happy,” game director Dinga Bakaba said.

“I think everything that has been mentioned about fast loading is of course exciting. Minimising the downtimes during a playthrough, that’s really nice. If you’re going for something like an open world, streaming would be really nice, if it’s as fast as what we’ve seen.”

Current generation games have a bottleneck when it comes to memory, so developers have to make sacrifices to keep games under that limit. Next-gen will free developers up to use more memory, potentially opening the door for advances in other areas outside of graphical fidelity.

“AI, physics simulation, there are a lot of things you can do when you’re developing a game for those platforms,” Bakaba explained. “There will of course be a third-generation, like with all generations of games, there is a first generation that starts to touch the technology. But when we are well into this generation, it will be pretty exciting for us. AI, physics, all those things that definitely reinforce the interactivity of our games a lot. 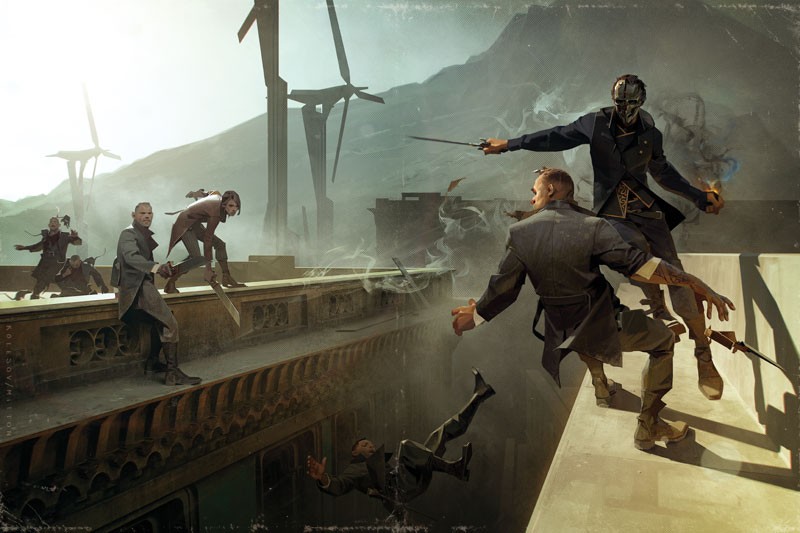 “We are excited to spend it, rather than - well, I was going to say, ‘rather than split our hair about how to make it fit the memory,’ but I think even with more memory, we’ll still try to get so much out of it that we will still split our hair. Don’t worry. You [will still] have three bald guys in the room. It will not change,” he joked. “But, yes. I think that’s really exciting. More agents in the world, more simulation, and for Sebastien [Mitton, art director] and his teams, also the ability to do a lot of things we weren’t able to. And that’s already starting now, in a way.”