There are two equally powerful PS5 consoles out in the wild, but with some key differences: price and whether there's a disc drive.

If you live in the U.S., Japan, Canada, Mexico, Australia, New Zealand or South Korea, you might be lucky enough to have already received your PS5. For those of us in Europe, the Middle East, South America, Asia, and South Africa there’s only a day left to wait before pre-orders are released and more stock becomes available.

Whether you were lucky enough to land a pre-order, or are considering buying one in the near future you might be wondering what the main differences are between the two PS5 consoles. This guide will also be handy if you've bought someone a PS5 as a gift, as you'll want to ensure that you aren't wasting your money by buying physical copies of games for a console that lacks a disc drive.

PS5 Standard vs Digital Console - What are the main differences?

Unlike the Xbox Series X and S, the two PS5 consoles are almost identical with two main differences: The Digital Edition doesn't come with a 4K UHD Blu-ray disc drive and is almost £100 cheaper. The Digital Edition is also a fraction smaller due to the lack of disc drive, so if you're looking for a slightly more compact console, it's the one for you.

Other than that, what's inside the two consoles is identical and you can still enjoy some quality 4K, next-gen gaming on either system. 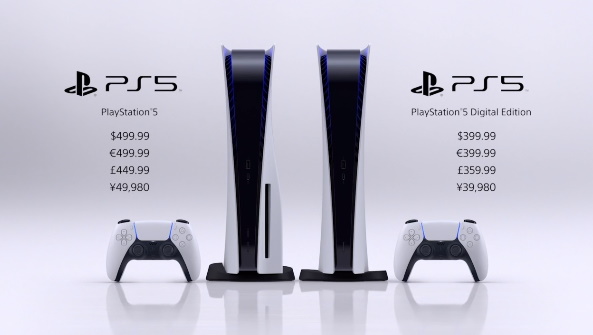 PS5 Standard vs Digital Console - Which should you buy?

This one is down to personal preference and budgets, though the expenditure sort of balances itself out. If you like waiting for deals online, the ease of buying a game instantly and don't mind a slightly heftier price tag for games, then you might want to consider the Digital Edition.

Buying physical copies of games is generally much cheaper, so despite the Standard Edition costing a bit more, you stand to save a good chunk by searching for deals from various retailers. You can also buy digital games via the Standard Edition so if you like having the best of both worlds and a lot of flexibility, this version is for you.

The other benefit is that if you're looking to use a PS5 as your main entertainment system, the Standard Edition will play DVDs and Blu-ray discs, making it a more functional member depending on your setup. 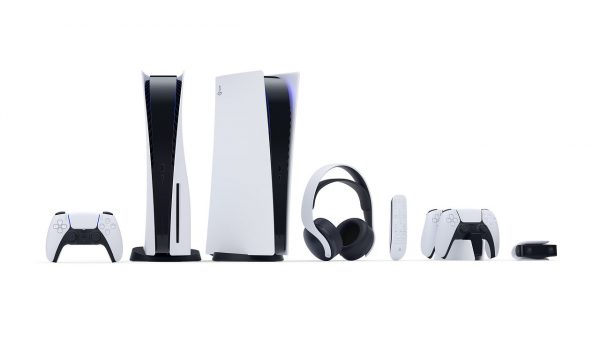 PS5 Standard vs Digital Console - Everything else you need to know

You'll also be able to play your PS4 discs on the Standard Edition PS5, letting you take advantage of backwards compatibility features instantly. The Digital Edition will only support games you have downloaded from the PS Store or from PS Plus. The Standard Edition won't support PS1, PS2 or PS3 discs, though.

Neither console will allow you to back up save data to a USB-connected device - you'll need a PS5 subscription to use cloud services if you want to backup your saves.

Finally - and I know I'm labouring on a bit here - it's worth hammering home that you cannot play physical copies of games on the Digital Edition - now or ever. If you've purchased a PS5 as a Christmas gift, check whether it's a Digital Edition or not before you head out to buy physical games. It might not be as much fun handing over a PS5 or store voucher for the recipient to purchase their games, but it's better than wasting your cash on games that cannot be used.

PS5 owners will also be able to access the PS Plus Collection from launch.

If you're still unsure about whether the PS5 is the right console for you, you can check out the VG247 PS5 review here.