Destructoid has been handed a screenshot of what appears to be the new PS4 controller. The site isn't sure about it, and neither are we, but there you go. It shows the rumored touchscreen or touch-pad depending on the rumor, and revamped twiddle sticks, and appears to be plugged into a devkit. The controller looks rather "thick" to us, but that could just be the picture angle. Judge for yourself. Sony is hosting a NYC event next week where it's rumored to be announcing its new console. 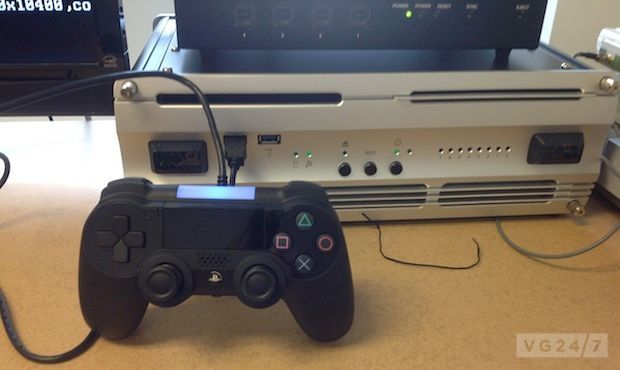