Welcome to our roundup of the best PS4 Black Friday deals on cheap console bundles and games.

Black Friday is almost upon us once more - the bargain hunter's favourite time of year, full of discounts and deals on your favourite games, consoles and bundles that allow you to get your hands on a bunch of lovely stuff for not a lot of money.

Once more, we've been scouring up and down the online shopping halls to bring you the best Black Friday PS4 deals for you right here. The best deal you can currently get your hands on in the UK appears to be this Playstation 4 500GB Red Dead Redemption 2 bundle with Doom, Overwatch GOTY Edition and 2 months of NOW TV Entertainment Pass for £269.99 from GAME.

Or if you're looking for a PS4 Pro then this 1TB PlayStation 4 Pro with Red Dead Redemption 2, Assassin's Creed Odyssey Omega Edition, Doom and 2 Months of Sky NOW TV's Entertainment Pass for £379.99 from GAME. 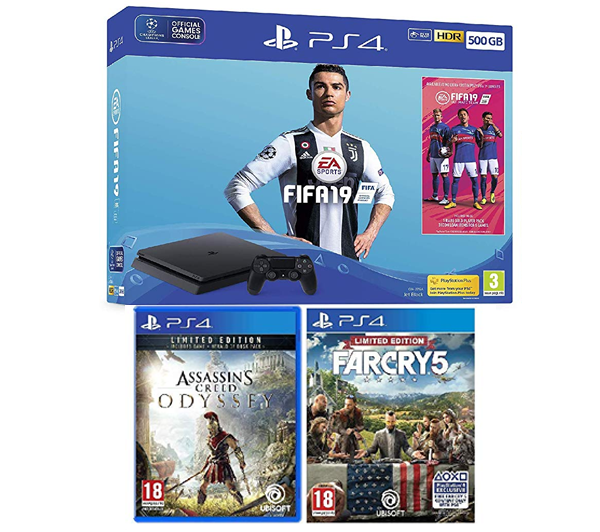 There's also a limited edition Days of Play 1TB PlayStation Slim with XCOM 2, Kingdom Hearts 1.5 + 2.5 HD Remix and Until Dawn for $354.99, also from Newegg. Meanwhile, Target has revealed that they will be offering a 1TB PS4 with Spider-Man bundle for $200 over Black Friday, so keep that one in your mind if you have a chance to go to the store at the end of the month.

With the Black Friday festivities being embraced by retailers around the world, you'll want to be sure you're saving money now before the big event proper, so keep this page bookmarked for the best deals leading up to and including the event itself and we'll do the hard work of bringing the bargains to you. 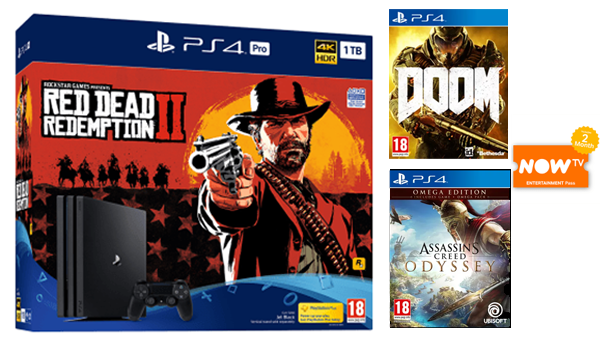 Black Friday proper isn't for a couple of weeks, but that hasn't stopped some retailers from beginning their discount festivities early, so there's already a few deals to be found on PlayStation 4 consoles along with a few games bundled with them. Naturally, with the release of the hotly anticipated Red Dead Redemption 2, many of the bundles feature Rockstar's Western epic. They may not all be at bargain basement prices, but you never know what's around the corner before the end of the month.

There are some huge recent releases to look out for as the Black Friday sales roll around. We expect things will be fairly quiet for the likes of Assassin's Creed Odyssey, Red Dead Redemption 2 and Call of Duty Black Ops 4 in the run-up to the big day itself, but we'll certainly have an eye out for any major discounts when the big day begins proper. For now, we've gathered together some of the best Black Friday game deals currently available and will continue to update this list as and when we spot something new. 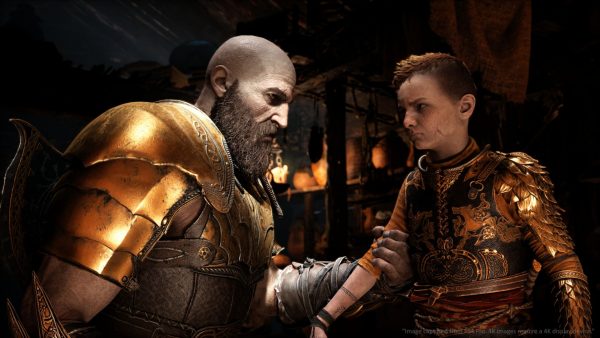 We're in a bit of a console life cycle mid-point at the moment; whereas last year the Pro and X consoles had only just been released, they've now been around a good year and a bit, so we expect deeper discounts on the Pro this year than previously. That being said, the rumours are certainly ramping up of next-generation consoles potentially being announced in the next couple of years too, so that could also influence some broader discounts during this year's sales too.

Last years highlights included deals on Call of Duty bundles, FIFA bundles and more including a highlighted deal of a PS4 Slim with Call of Duty WW2, Gran Turismo Sport, Hidden Agenda, and 1-year PS Plus for around £200. On games, we saw discounts such as Resident Evil 7 down to £15 and 12 months of PlayStation Plus subscriptions for around £35.

If none of the above deals takes your fancy, don't worry, since we'll be here updating the page as often as possible to make sure all the very best deals are represented as and when they appear. Then, we'll be here all the way through Black Friday itself, bringing you all the best deals around.

When is Black Friday? 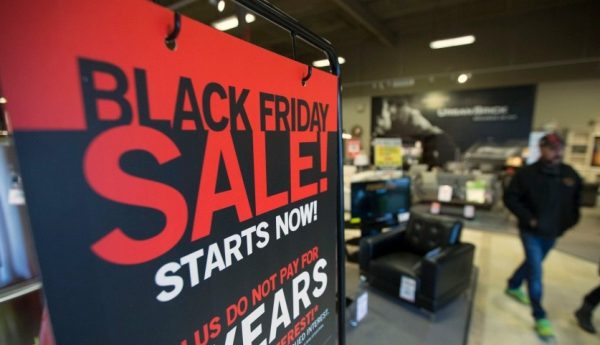 Black Friday falls on November 23rd this year, with Cyber Monday deals kicking in a few days later on November 26. Cyber Monday, for those of you who are unaware, is the second week-long set of sales, price cuts and special offers. the Originally this was set to the be online counterpart to the retail-only Black Friday but over the years, the lines have blurred and now it's just one big discount Smörgåsbord.

As for Black Friday itself, a lot of retailers start discounting their stock on the Friday before, so it’s likely that we’ll see some tantalising deals starting Friday 17 November, so keep checking in as we get closer to the big day. As we learned last year, though, there may even be retailers who push things even further back. Once we're into November, stay vigilant and keep your eyes peeled. Alternatively, just come back here since we'll be keeping our eyes peeled so you don't have to.