I come bearing good news, folks! April proved to be a much better month for video game accessibility than March. Which is lucky because that’s about the only good thing about the longest April there ever was.

Let’s begin with the best of the month, and the most surprising, shall we? 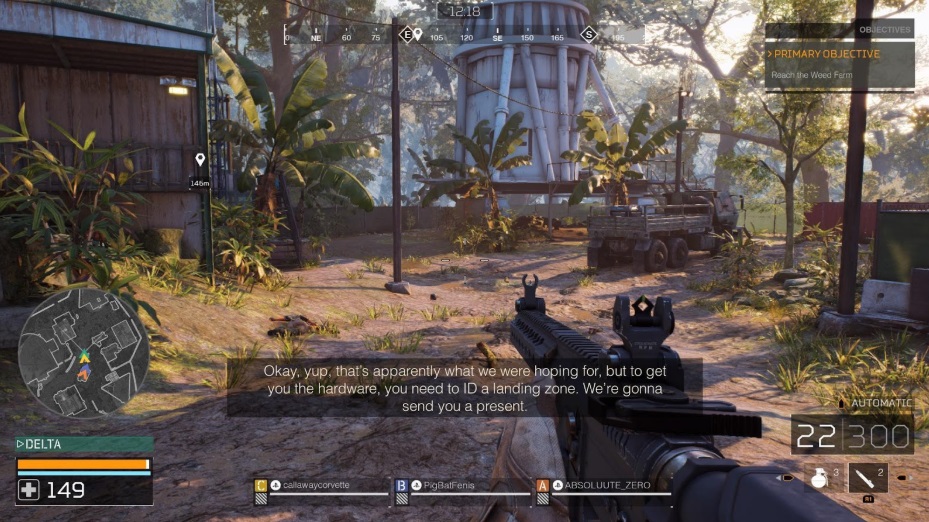 Predator: Hunting Grounds took me by complete surprise. After being thoroughly unimpressed with the accessibility in Illfonic’s Friday the 13th, I wasn’t expecting much from Predator. Upon launching it, I was shocked to see that not only did it have comprehensive subtitle options with text size scaling and background opacity options, but it had full controller remapping too! Something even the biggest titles can’t seem to consistently allow.

The executive producer of the game, Joshua Gertz, credited Tara Voelker and DAGERSystem with teaching him about these important things and it’s always a great feeling to see developers listening to the community.

While the subtitles could be better (they’re still a bit small at the largest size and players with vision problems may struggle to read the thin text style) there are numerous other features that make Predator: Hunting Grounds one of the most deaf/hoh accessible games so far this year. 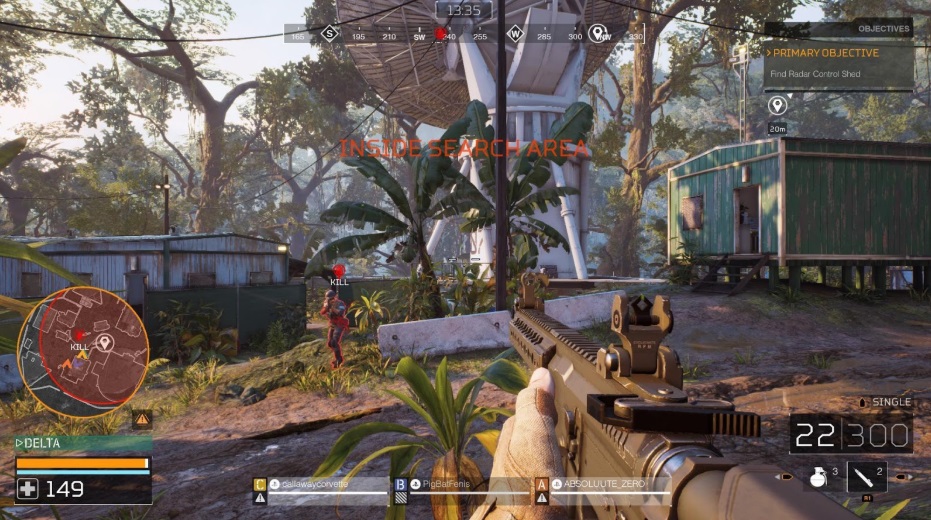 Predator has an Apex Legends-style ping system, making communication significantly easier than that of most online shooters. A small detail that will be a major boon to players with cognitive disabilities is the “KILL” text that appears over the heads of enemies. Finishing off the stellar accessibility features of this game are the enemy icons that appear both on the minimap and top compass bar, and the outline around enemies (and your teammates) even when they are obstructed from the player's view. 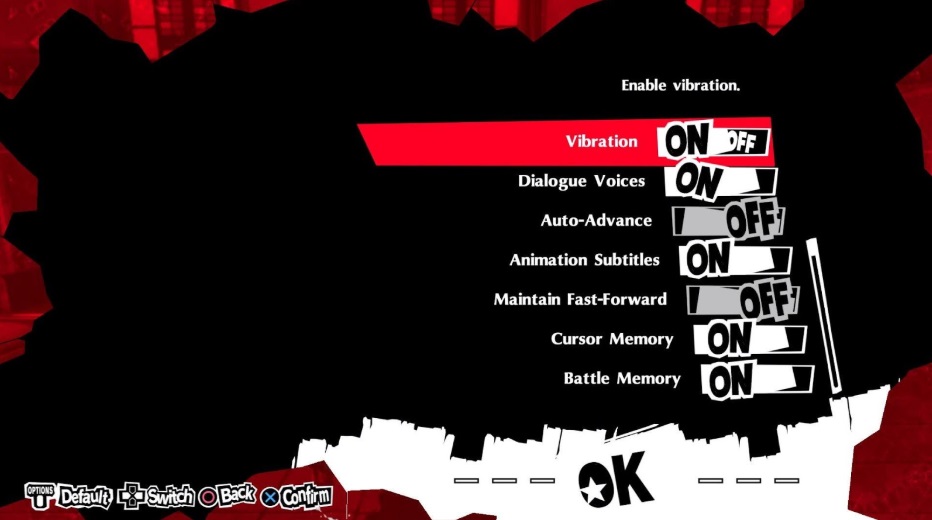 Players can choose to turn on or off not the subtitles, but the voices, and they also have the option to display animation subtitles. A really great option that I wish more games would allow is the choice of whether subtitle text plays as it’s spoken or displays all at once. 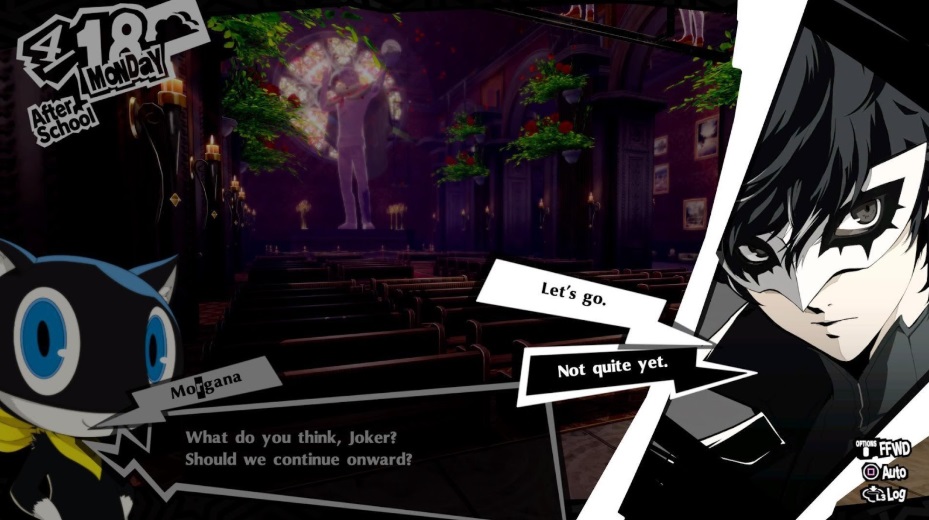 Both the dialogue text and dialogue choices are very well done, stylized in a way that eliminates contrast ever being an issue in reading the text, and in a font that is large and bold enough to be easily read.

While there is no controller remapping, the turn-based combat and single button inputs makes for a much easier game than the frequent “mash all the buttons and hope for the best” combat style of many games. 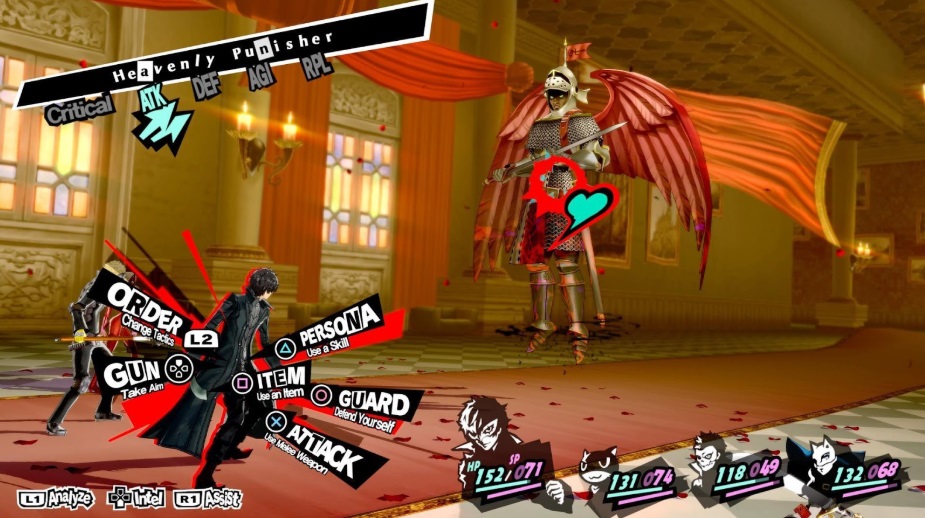 Even when players have to use bumpers and triggers, it’s not a multi-input setup. You tap the bumper and then tap the next button. While full remapping is ideal because there are many players unable to use some of the controller buttons, the lack of multi-button presses is great for players such as myself who have joint pain and occasional limited mobility.

The biggest release of April was the Final Fantasy 7 Remake. Fans of the FF series and the 1997 original have been waiting for this one seemingly forever which is what makes its decent accessibility feel that much more rewarding. 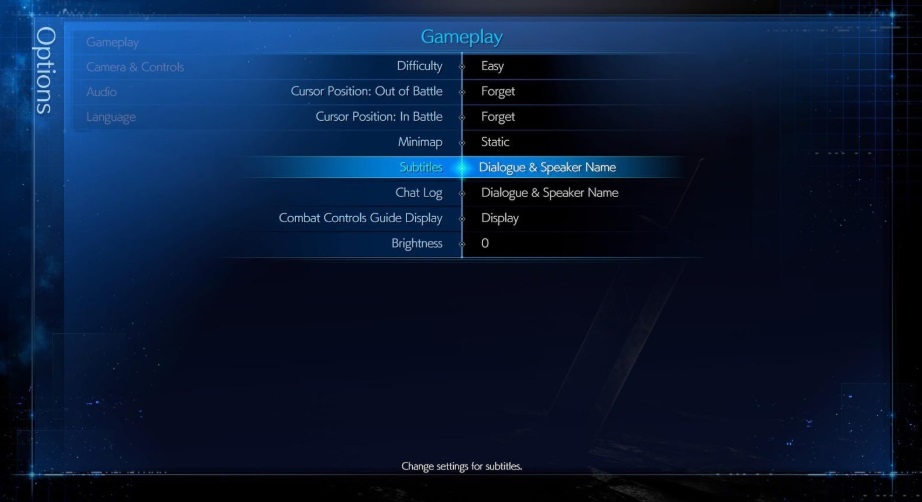 Players have the option to display subtitles for both the main dialogue and the ambient chatter with or without a speaker name. The ambient chatter subtitles is such a welcome feature for deaf and hard of hearing players, as it allows for a significantly more immersive experience and is something far too many games overlook. 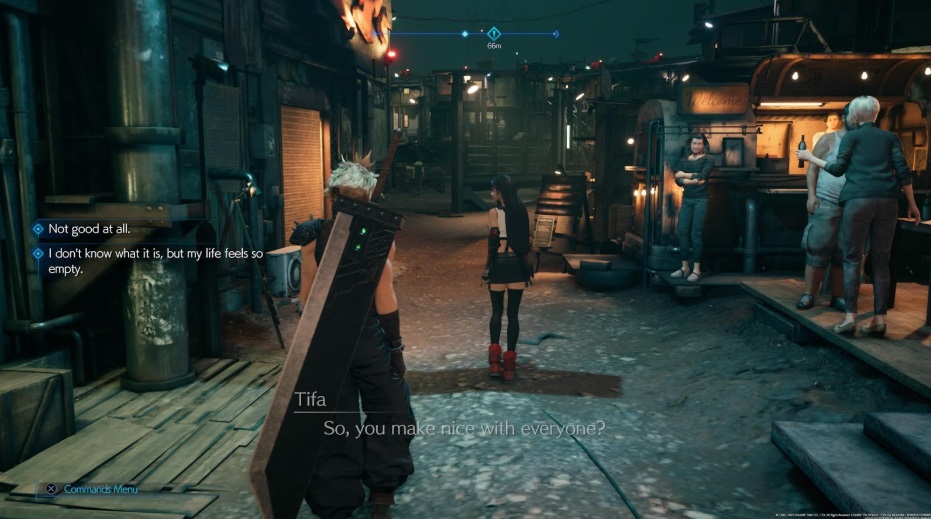 Where the subtitles fail is in their lack of a background for the main dialogue text paired with the very thin font choice. I found the text difficult to read quite often as I was moving Cloud throughout the world.

For me, the biggest failure is its lack of a minimap and/or waypoint guidance, especially in the maze-like streets of the slums where it’s incredibly easy to go the wrong way even though, according to the one location indicator on your compass bar, it appears you’re headed in the right direction. This is an annoyance at best (playing on a PS4 Pro should not leave me opening the map and having to wait a few seconds for it to load) and a barrier for players with cognitive disabilities at worst. 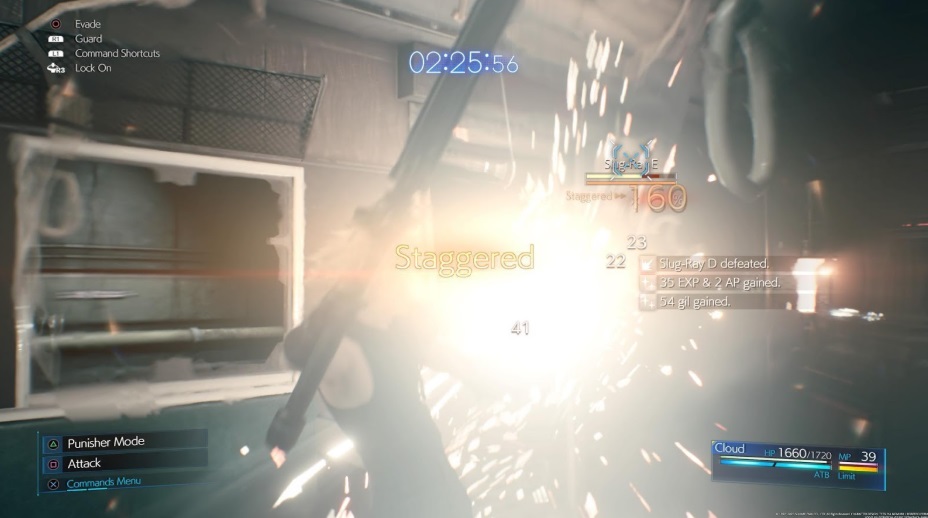 The highlight of Final Fantasy 7 Remake for me and my creaky hand joints is the auto-targeting during combat. This greatly minimizes the button mashing players will do, as they don’t have to worry about guiding their character and hitting the combat buttons.

The last welcome feature is the option to play in Classic mode. 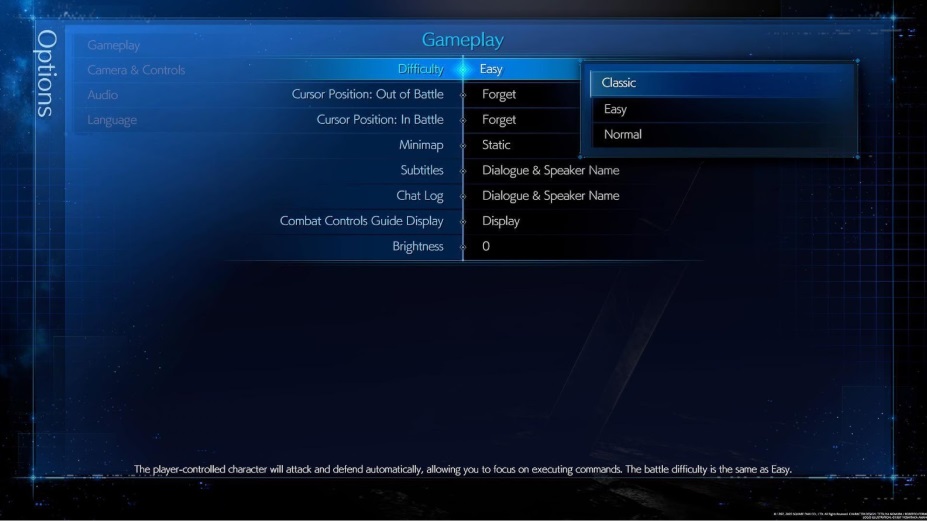 While in Classic mode, combat is automatic and while this is not a good replacement for controller remapping by any stretch, it removes a barrier for many players, which is what accessibility is all about.

The other remake that launched recently is Resident Evil 3 and unfortunately, the lack of accessibility is far scarier than the game itself, which comes as no surprise as previous RE games leave me wondering if Capcom is even aware accessibility is a thing.

As I mentioned in my deaf/hoh accessibility review over at Can I Play That?, the game starts off bad and doesn’t get any better. 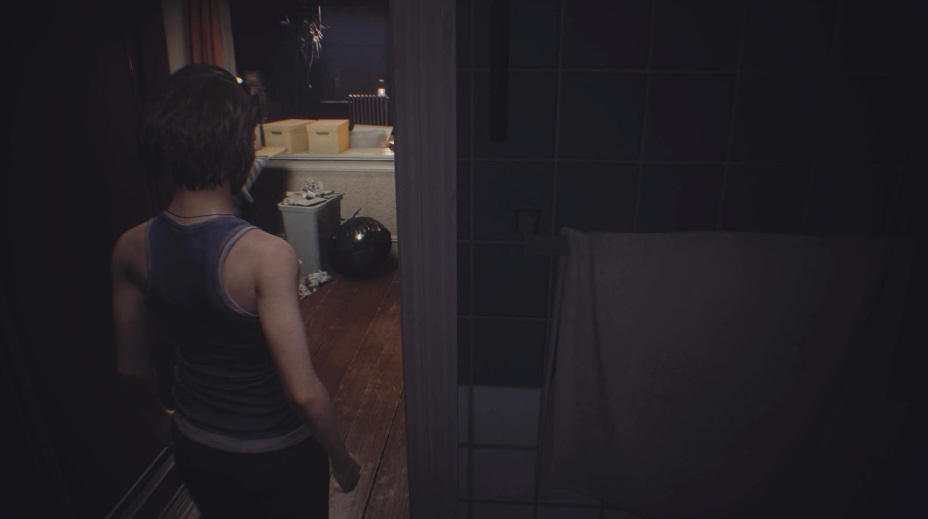 There’s a phone ringing right at the opening of the game but absolutely no visual indication of said ringing. When Jill finally hints to the fact that something is happening, her dialogue easily leads one to believe that there’s someone at the door and not a ringing phone. 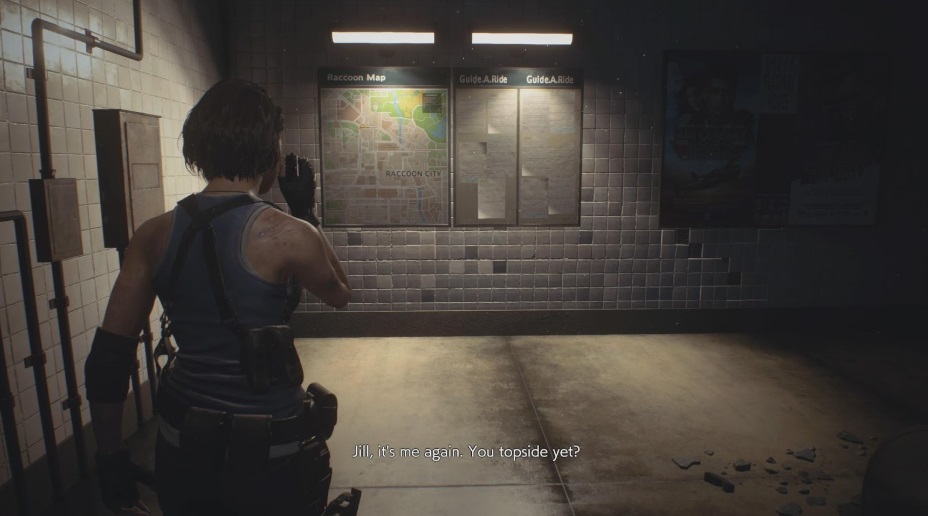 The subtitles are really not great either. Players can’t change the size, there’s no background for them, making contrast a problem with legibility, and, most annoyingly of all, there are no speaker labels. This is an issue considering that most communication is done via walkie talkie and deaf players will have no clue who is saying what. It makes the story a whole lot less interesting when the dialogue is impossible to follow.

The biggest issue in RE3 though is Nemesis. Specifically, the fact that the only clue that he’s about to kill you is an audio cue. If you can’t hear him approaching, too bad for you. Considering that he is pursuing you through nearly the entire game, this oversight renders it nearly impossible to play for deaf and hard of hearing players.

The one silver lining of RE3, as compared to other games in the RE franchise, is that its more linear style makes the fact that there are no visual cues for any enemies in the game somewhat easier. It’s rare that anyone, aside from Nemesis, is going to take you by surprise as you make your way throughout the world.

Speaking of games that are not surprisingly accessibility disasters, Totally Reliable Delivery Service came out recently. Like Capcom, tinyBuild leaves me wondering if it is aware of accessibility as a concept. Hello Neighbor was one of the most inaccessible games I’ve ever come across for deaf players and Totally Reliable Delivery Service is essentially the same, but for players with limited mobility. 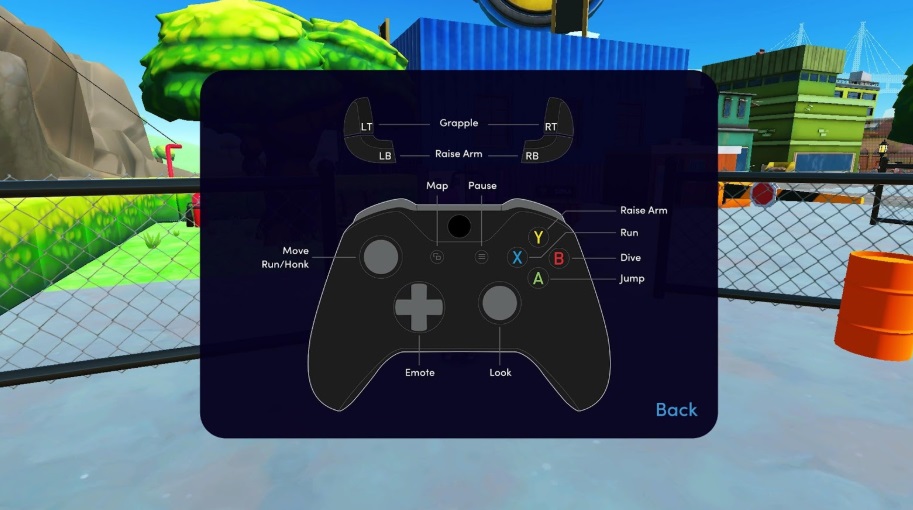 The gist of the game is this:

You use the left and right bumpers and the left and right triggers to lift packages and then deliver them to various locations using the left stick while continuing to hold all four triggers. This setup will cause hand cramps in those with the most nimble of fingers. 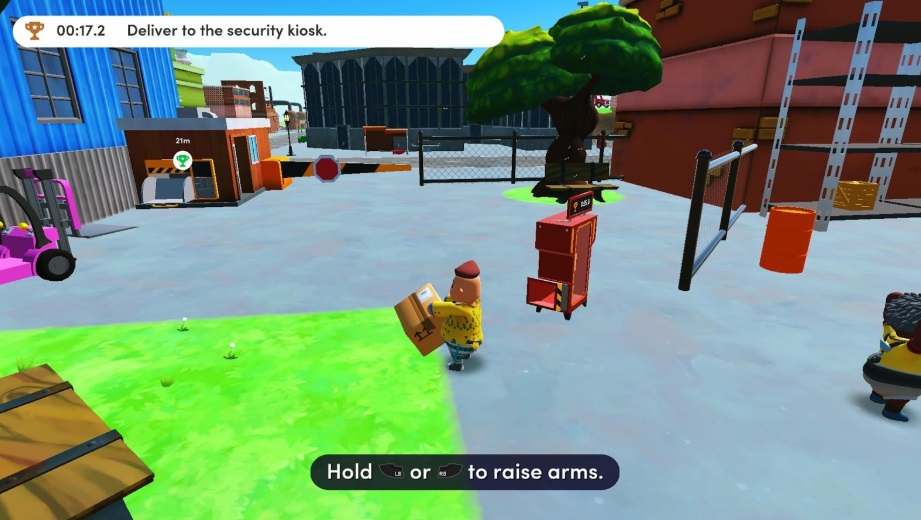 I get that this is the point of the game. It’s supposed to be hard as hell to do well. That doesn’t mean wall off your cool little game for an entire population of eager players. At the very least, there needs to be an option to toggle a press of those necessary buttons instead of holding them. You still get the fun ragdoll physics troubles, just without the inevitable hand cramps. The only way this game was playable for me, and even then, only for a few minutes, was with my Xbox Elite Controller and mapping the back four paddles to the triggers and bumpers.

I keep hoping with every tinyBuild game that I really want to play, they will get some form of accessibility right, and they keep on bringing the disappointments.

You know what’s not disappointing? Games that release updates with accessibility improvements like Fallout 76 did with its Wastelanders expansion. 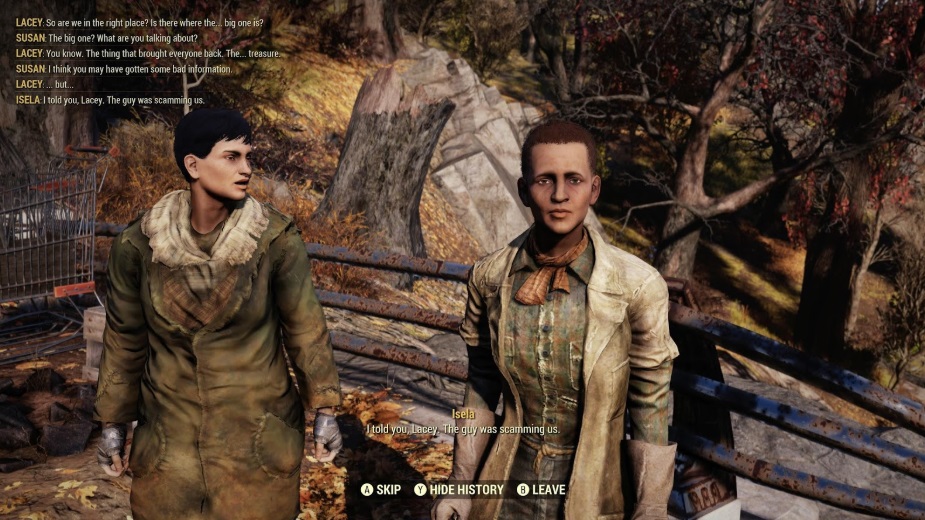 While the addition of a dialogue history didn’t improve the quality of the subtitles (they’re still tiny, beige in a very beige game, and generally illegible) they do help both Deaf and hard of hearing players as well as those with cognitive disabilities keep track of the dialogue and follow the new and improved story. 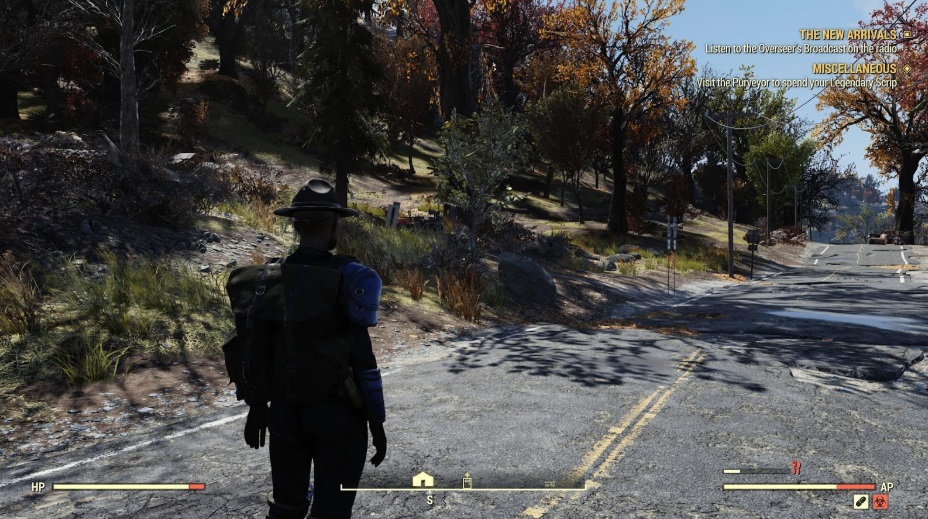 Unfortunately, there’s still the problem of some radio broadcasts not being subtitled, such as the new one concerning the Overseer. Upon learning of her location and finally getting to meet this woman I’ve been chasing for so long, I didn’t actually get to learn much because the instruction to “listen to the Overseer’s broadcast on the radio” didn’t come with any subtitles.

Last up for this month of remakes is the Trials of Mana remake, which as with Predator, took me delightfully by surprise. Having never played anything in the Mana series before, I adore the feeling that Dragon Quest and Octopath Traveler had a baby that resulted in this game. Aside from noting the general issue in so many games of the subtitles not being as good as they could be, I have a reading lesson for you, courtesy of the late Susan Banks, co-founder of Can I Play That? 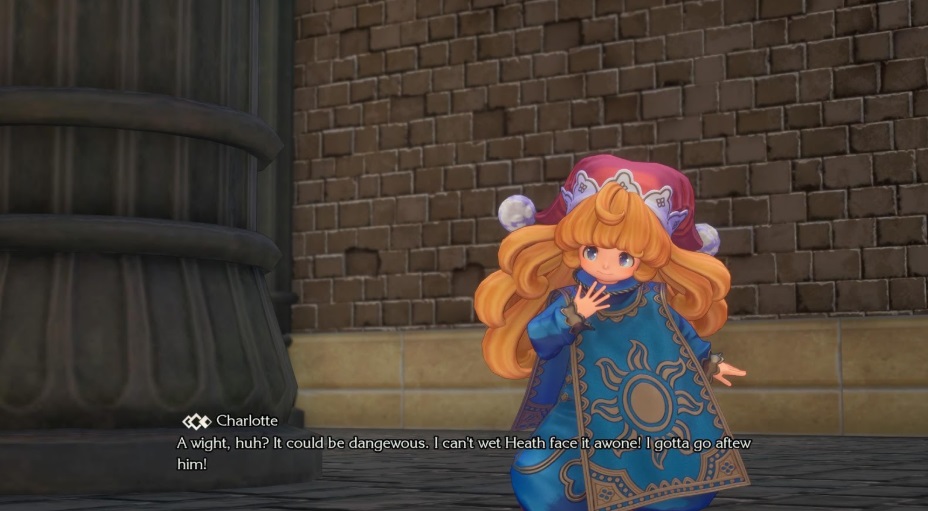 The character Charlotte in Trials of mana is written with an accent/speech impediment in which she pronounces her Ls as Ws. Now, a native English speaker would very easily interpret the above: “I can’t wet Heath face it awone!” as “I can’t let Heath face it alone!” because they sound the same, right? It’s an easy assumption. But what if you’ve never heard these words spoken and you learned English by spelling alone, not sound?

In her review of Octopath Traveler, Susan discussed why these alternate spellings can be very problematic for deaf people. This is especially a problem in situations with spellings like the ones shown above, where the alternate spellings are actually different words in English. So while I understand this is done for effect and as a fiction writer, am guilty of doing this myself, it’s not an ideal practice from an accessibility perspective and could be remedied by offering the proper spelling of the words in parentheses beside the mis-pronounced word. 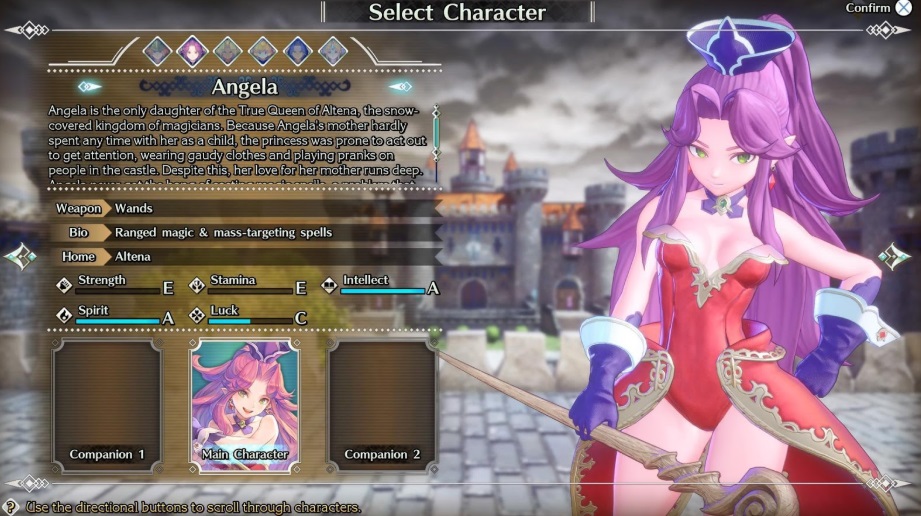 The text of Trials of Mana as a whole is pretty difficult to read and the inconsistent presentation styles of dialogue subtitles aren’t a whole lot better. 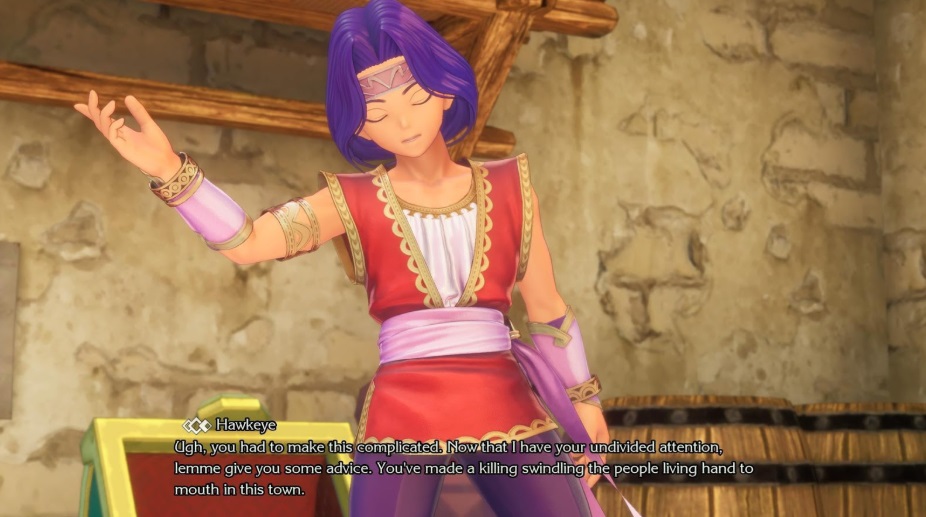 The text is far too small and there needs to consistently be a background and speaker name with the text as opposed to some of the time, in certain situations as it currently is in the game. 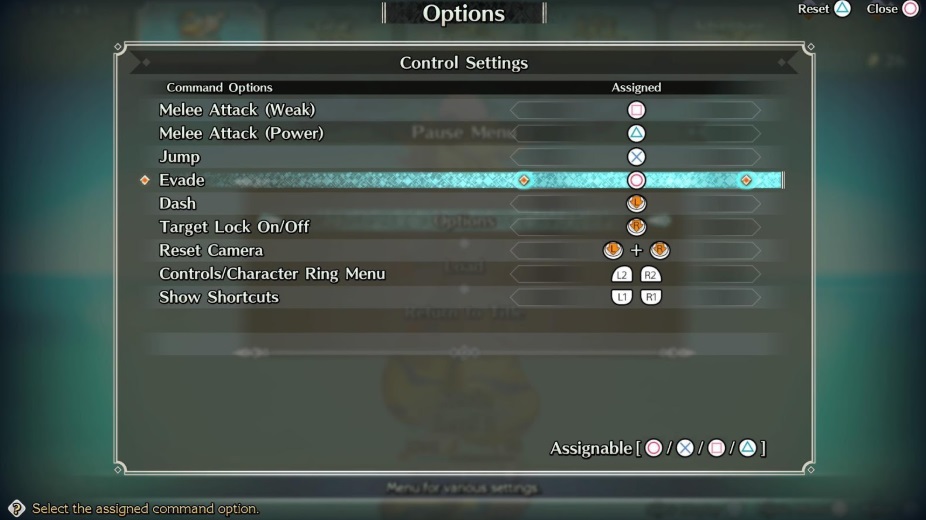 Controller remapping is limited and therefore not entirely helpful, only allowing players to remap buttons from buttons of the same class of buttons. Face buttons can only be remapped to other face buttons, triggers can only be remapped to other triggers or pairs of triggers, etc. Unfortunately, this will be a barrier for many to this incredible remake of a classic game.

And there you have this month in game accessibility. All in all, April was a much better month for inclusive gaming than March but there’s still a lot of progress to be made and work to do!