Figma, an ever-expanding series of extremely detailed figurines based on pop culture characters, is adding Overwatch's Genji to the fold. Pre-orders are up now.

Last month, we reported on Figma's addition of a slick-looking Bloodborne Hunter figure headed to store shelves at the beginning of next year. This time around, it's Overwatch - specifically, cyborg ninja man Genji - that's getting the Figma treatment. 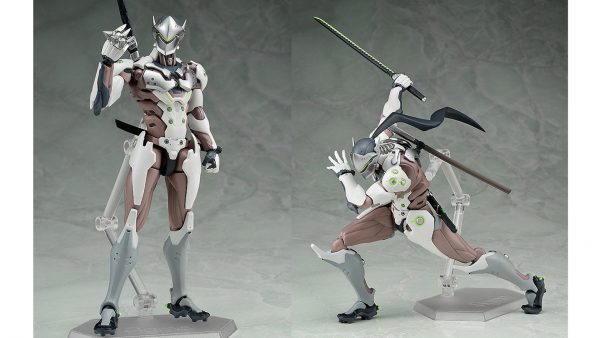 This intensely detailed figurine stands just over 6-inches tall and comes with two sets of weapons (katana and wakizashi) along with some mid-action pieces representing shurikens. Genji is massively poseable (as the majority of Figma figures have been to date) and extremely detailed.

The Genji Figma is available to pre-order now for £50.40 / $64.99, though the window to pre-order will close on November 15, with the figure expected to ship in the middle of next year.