Which starter is the coolest once evolved? Here's all you need to know.

If you're struggling to pick a Starter Pokemon in Pokemon Sun & Moon, we don't blame you: These are always the hard choices.

We've actually covered the starter Pokemon in general over on another page, but some of you are concerned with not what the Pokemon you pick is like but more with what they'll finally look like and how they'll finally perform.

Pokemon Sun & Moon's starter Pokemon do change a fair amount. Rowlet begins as a Grass-type and flying-type hybrid, but after it's evolved twice it drops its flying-type in favour of being a ghost-type Pokemon (rest in peace, Rowlet). Litten the cute little fiery kitten has a high special attack rating early on and looks like it'll specialize in fire-based special moves, but after evolving it looks like a buff anthropomorphic wrestler and gains Dark as a second type. At this point it focuses on physical moves, as you'd expect for a wrestler.

These are just some of the changes -- so, what can you expect for the trio once you've evolved them twice? All three starter Pokemon will reach their final form at Level 36 as long as you don't interrupt their evolution. Here's what they become. 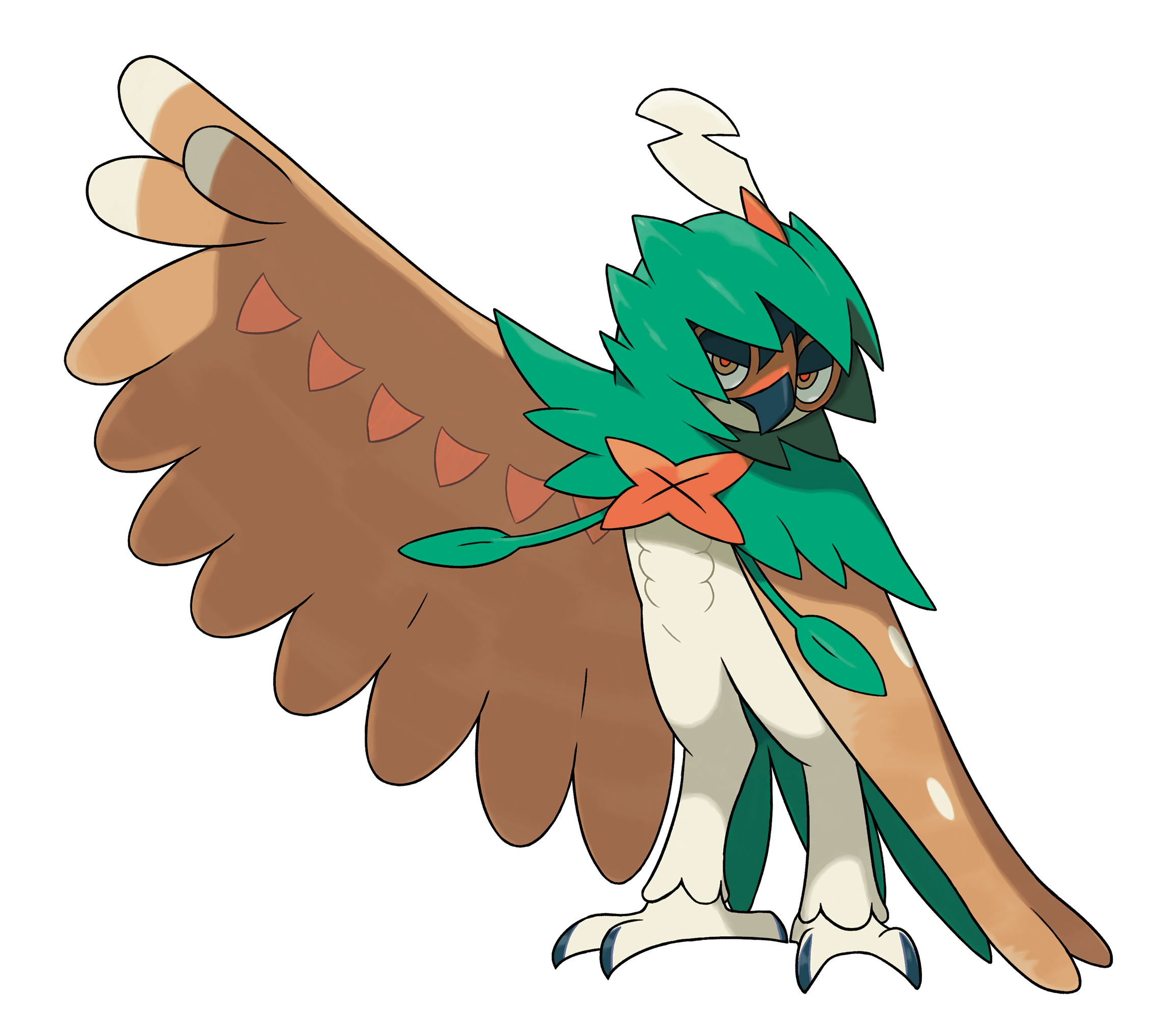 While its first two evolutionary stages are grass-type and flying-type, Rowlet's final form Decidueye drops the flying-type classification in favour of ghost-type. This of course has a significant impact on how Rowlet trainers will play with their starter in the late game.

Decidueye is a fairly interesting choice for ghost-type purely because its stats are fairly evenly distributed in all areas, and in particular because its highest single stat is for physical attack - ghost Pokemon are usually focused on special attacks instead. Decidueye even has access to some fighting-type moves, making it a strange mix indeed.

Decidueye comes with an ability to match this focus on physical attacks in the form of Long Reach. This move means that when you use physical attacks they won't actually count as having touched the enemy, avoiding any negative status effects that might come with touching them. The move that'll probably see the most use for Decidueye is actually a support move, Spirit Shackle. This is an all-new move for Sun & Moon for Rowlet's line and not only deals damage but also 'shackles' the target to battle with ghostly power - meaning they can't escape. In team battles this could prove a very powerful move indeed. 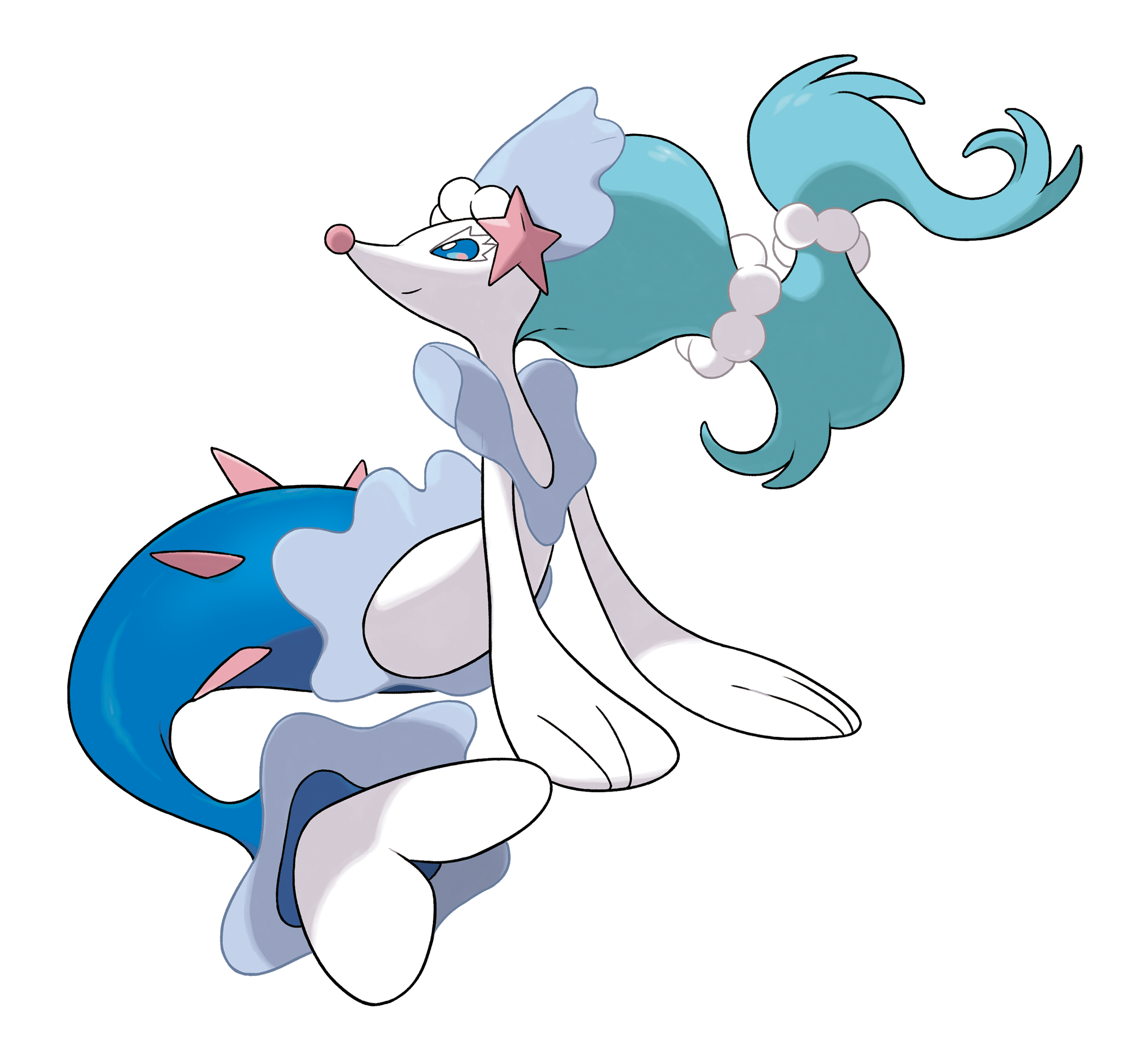 Several of the Popplio line's moves are impacted by this ability, and even more moves that are affected can be learned via TM or via breeding and eggs. The star of the show is the Sparkling Aria move, however, an all-new move for Primarina and Sun & Moon. Sparkling Aria sees Primarina burst into song and emit bubbles. This move will heal burns but also do significant water-based damage.

In proper competitive play it's sounding like Primarina won't be an overpowered option but could still have a role as a hard-hitter thanks to its excellent Special Attack ability. 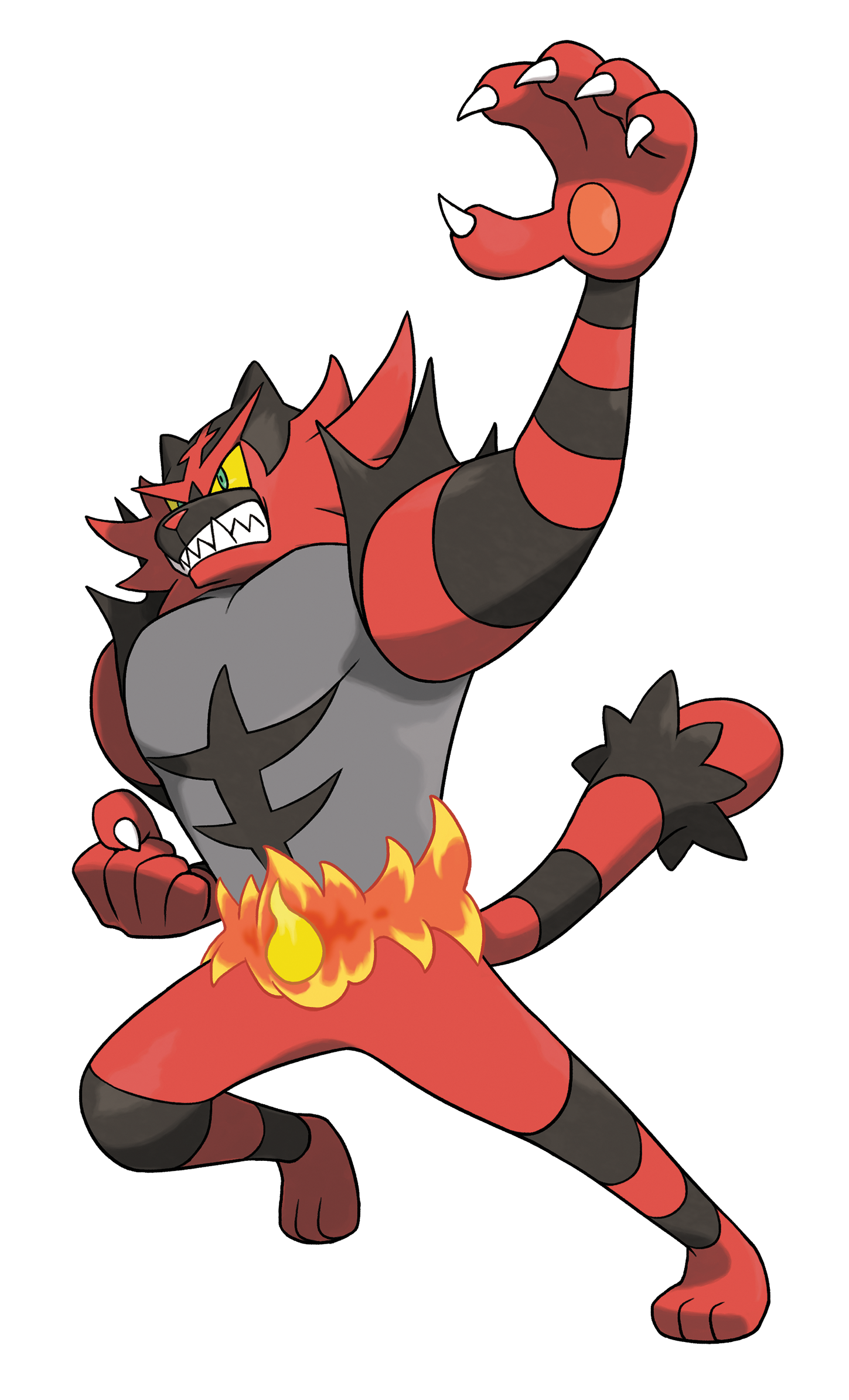 Litten's evolutionary line changes quite a lot over the course of the game. It gets faster and has a big jump in special attack from Litten to Torracat, but when it evolves to Incineroar it becomes even slower than in its first form and instead gains a dark-type as its second type and a huge boost to physical attack to match its wrestler physique.

Incineroar is the only of the three starter lines to not get an all-new ability to itself, instead carrying two tried and tested older ones. In exchange it gains a plethora of powerful dark-type moves when fully evolved including Darkest Lariat, which ignores enemy stat changes and Throat Chop, which puts a stop to sound-based moves for two turns - handy for battling Popplio's line.

Incineroar looks like a professional wrestler, and while some might be disappointed with the shift in focus from what Litten at first looks like it'll be, this Pokemon is a bulky tank of a battler, thus the slow speed. It has the sheer power to annihilate anything if you're careful, though it will need to be properly supported.

As briefly touched upon in the stats below, each of the starter Pokemon in Sun and Moon also have their own unique Z-Moves once they reach their final form.

Z-Moves are powerful new moves where your trainer does a little dance and your Pokemon follows suit with an incredibly powerful move - the catch being that in order to use them your Pokemon needs to be holding a specific item. On top of that you can only use these mega-moves once per battle. They're last-resort stuff, but they can make or break a battle.

For the starters, they're as follows: