Pokemon has had its share of weird and wonderful peripherals and accessories over the years. The Poke Ball Plus is arguably the coolest one ever - even if its actual uses are limited gimmicks.

I don't say it's the best Pokemon peripheral lightly, either. I carried the Nintendo DS Pokewalker device around with me for quite a while back in 2010. At the turn of the millennium I strapped a giant yellow microphone to an N64 controller for Hey You, Pikachu. I even endured the uniquely crap monochrome mini-games on the Pokemon Mini. Finally, and perhaps most important, as the chap behind VG247's insanity-sapping Pokemon Go guide, I still carry a Pokemon Go Plus around with me pretty much everywhere I go. With all that considered, heed this: the Poke Ball Plus is the coolest dumb Pokemon accessory Nintendo has ever produced. 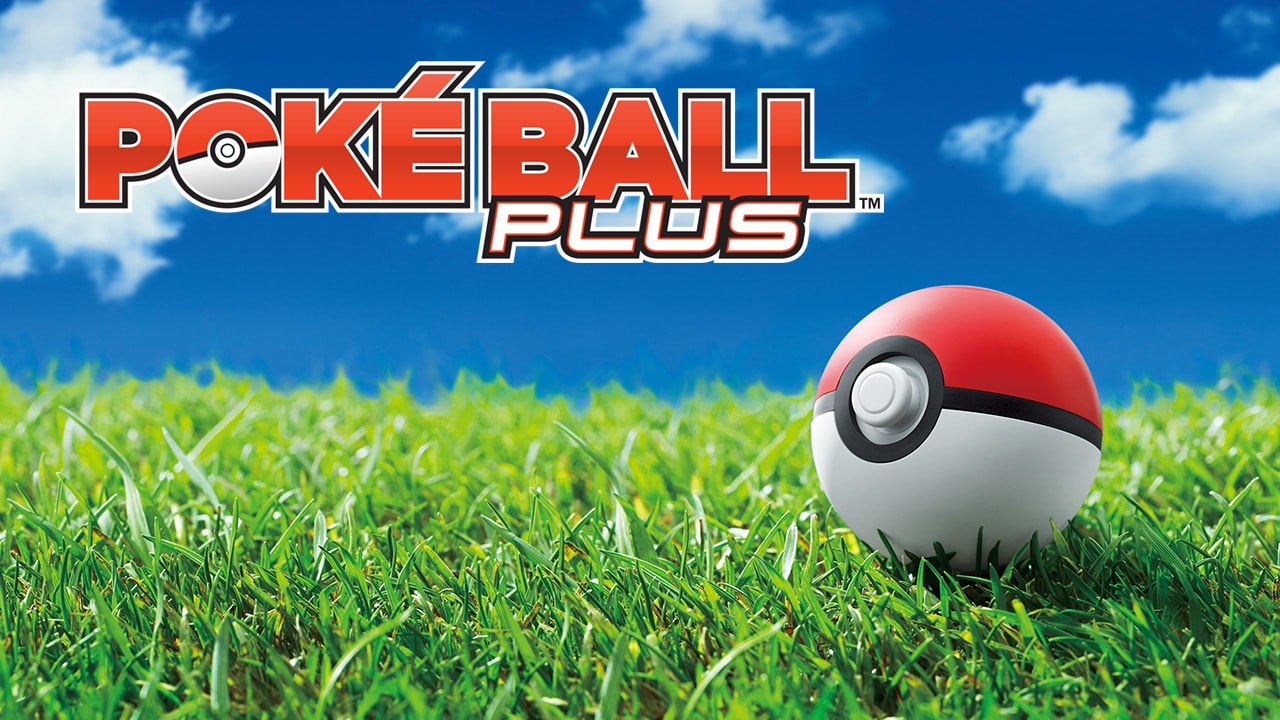 At its heart, the Poke Ball Plus is two things. First and foremost, it's a controller for the Nintendo Switch that functionally is pretty much identical to a Joy-Con. It's been built with Pokemon Let's Go Pikachu and Pokemon Let's Go Eevee in mind, and one thing that game prides itself on is how they can be played simply and easily in a one-handed manner. This can be done with a single detached Joy-Con, but the Poke Ball Plus feels like the ultimate expression of this idea.

Here's how it works: the Poke Ball Plus essentially has four inputs. There's an analog stick on the front of the device that handles movement, and this stick can also be clicked in and functions as your 'A' or Confirm button. A larger button on the top is reached with a finger and acts as 'B' or Cancel, and finally the Poke Ball has an accelerator for detecting movement. Nintendo has demonstrated all this very well in a diagram I've taken from their website, which I'll embed below.

Accessing extra menu options in Pokemon Let's Go is accomplished with a simple shake of the ball, while tossing Poke Balls in game to catch Pokemon is handled by performing the appropriate movement in the real world. Let's Go doesn't support the hardcore curve ball trick shot Pokeball throws from Pokemon Go, but it does support directional throws to catch Pokemon that try to dodge your catching, and this peripheral is good for that purpose.

I was ready to ditch the Poke Ball Plus fast when I started Pokemon Let's Go. I had a slightly frustrating experience with it at E3, but I found things quite different in a more natural setting. Lazing around in a sofa with nightmarishly poor posture, it just feels right. It's all about that feel, too - as a little cute device it feels rock solid. My classic test for the durability of gadgets are how well they'd cope with being lobbed full-pelt at somebody's head, and if you were to launch the Poke Ball Plus like a little cricket ball it'd definitely bloody hurt your target and come off none the worse for wear. It's well-built.

It feels tactile, and that feeling is all enhanced by several brilliant little touches - the LED ring of light that lights up and mirrors Poke Balls as displayed in game, the subtle little rumble, and the brilliantly hidden speakers that let out the signature cries of Pokemon you catch and release, plus little barks and other bits of audio feedback in battle. It's a great little controller.

It has its downsides and limitations, however. The Poke Ball Plus doesn't actually register as a regular Switch controller, so a game has to be specifically built with this unique peripheral in mind. That means it works with just one game right now - and we're on a prayer as to if next year's big Pokemon game will support it in the same way.

It's also a gimmick - make no mistake that other than flashing, making cute, nostalgia-stoking noises and allowing you to take Pokemon for a 'walk' away from your Switch (with limited benefits) this peripheral offers nothing that a Switch Joy-Con doesn't. It's great fun if you're a Pokemon fan, however, and the fact it comes with a Mew to download into your Pokemon team in Let's Go is an added bonus.

The secondary function of the Poke Ball Plus barely needs mentioning - it can also function with Pokemon Go as a Pokemon Go Plus. Functionally it's identical - though it is much less a discrete way to interact with Pokemon Go when your phone isn't out than the Go Plus. That aside, the addition of Pokemon Go Adventure Sync has made the 'Plus' functionality in Pokemon Go far less essential.

Even with all that noted this is a terribly fun peripheral, though. It looks, feels and sounds like a Poke Ball, and for a bit of couch role-playing as a Pokemon Master, it's ideal - though only the most hardcore fans need apply.