There aren't many video game franchises out there that can support multiple huge mobile games - but Pokemon is one of them.

While Pokemon Go was the game that caused a huge splash and made waves in news headlines, others are highly successful nevertheless, including Pokemon Masters, which last month hit its first anniversary since launch.

Pokemon Masters has something of a different focus to most Pokemon titles. While the critters that you bond and battle with are key, it also features an all-star cast of Pokemon Trainers and Masters from around the Pokemon series, pulling inspiration for those characters from all of the myriad forms Pokemon has taken over the years - anime, manga, and of course the video games.

That's where it gets its title - it's not just about you becoming a Pokemon Master but also about meeting, getting to know and battling all these other Pokemon Masters. This unique angle has allowed Masters to stand apart from the other mobile Pokemon games, leading to great success - aside from the enormous Pokemon Go, it's the most profitable Pokemon mobile game to date.

To celebrate the one-year anniversary of the game, we had a chance to have a brief chat with Yu Sasaki and Tetsuya Iguchi, the producers on Pokemon Masters at DeNA, the experienced mobile gaming developer that partnered with The Pokemon Company for this game. Here's our chat. 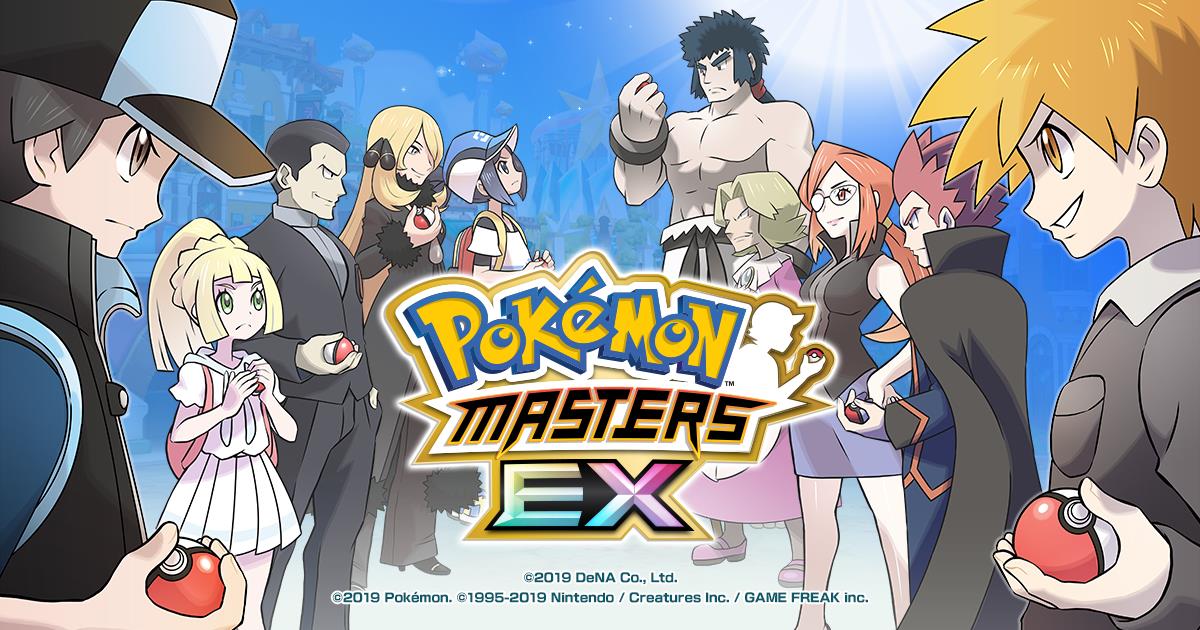 VG247: We're now one year into Pokemon Masters. How are you feeling about where the game is at and what it has achieved in that first year?
Yu Sasaki: We're extremely proud of what we've achieved in the past year. During this time we've introduced new features and game modes such as the ability to hatch Pokémon Eggs, the Champion Stadium, Battle Villa, Legendary Arenas, and Legendary Events.

The game is much different than it was when it first launched, which is why we thought it would be appropriate to re-name it as Pokémon Masters EX. That being said, we're not done yet. We are always looking to improve the game to reflect the wants and needs of our passionate players.

VG247: Pokemon Masters is now one of the most successful Pokemon games on mobile in revenue terms. What do you think it is that sets the game apart and has contributed to that success?
Tetsuya Iguchi: As mentioned earlier, we'd like to believe that the close connection we have with our players is one of the reasons for the game's success. We regularly monitor our social media channels to see what players are saying. We encourage them to keep engaging in our communities and providing feedback. We also have an extremely supportive partner in The Pokémon Company.

VG247: How are you finding the process of balance? There are a lot of variables in Pokemon, and you guys have said you want people to strategize and use diverse teams... but the natural power creep of this sort of game can often work against that - people can focus on the latest and greatest things. So how is that process going?
Tetsuya Iguchi: We want Pokémon Masters EX to be a fun and inviting experience for all players, new and returning. As such, we've tried to make a lot of quality-of-life improvements so players can spend more time playing and less time worrying about catching up. For example, when a sync pair joins your team now, their moves are already unlocked, along with a level cap of 100.

As you've mentioned, we also try to encourage users to use all different types of sync pairs, and think this is necessary with game modes like The Champion Stadium, where each battle has different advantageous types.

Trying out new sync pairs is really where we think a lot of joy in the game comes from: seeing how their moves work, what their sync move looks like, and how they complement the rest of your team.

VG247: When you introduced the stamina system, I think it's fair to say the player response was somewhat mixed. How do you feel about where you're at with the current stamina implantation? Are there any plans for changes?
Tetsuya Iguchi: The intention of the stamina system has always been to let players level up more efficiently and spend more time on strategic battles. We are receiving valuable feedback from players and will keep improving the players' experience.

VG247: One of the elements that really sets Pokemon Masters apart is the focus on the characters as much as the Pokemon. But that provides an interesting challenge, like developing characters like gym leaders that have very little screen-time in the core Pokemon games and in the anime. Can you talk a little about that process and how it works building and adding to these characters?
Yu Sasaki: You make a good point that the core appeal of the Pokémon franchise will always be the Pokémon. That being said, Pokémon battles are all about the bond between the Pokémon and its Trainer - and when you really think about it, there are a plethora of memorable Trainers throughout the Pokémon world. 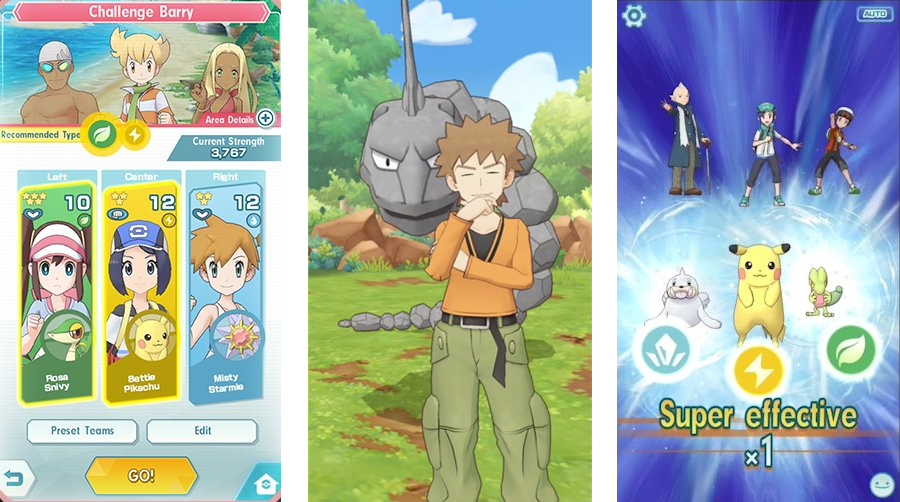 Bringing them together on the island of Pasio was what really intrigued us when we began development of this game. We wanted to bring a fresh perspective to Pokémon battles, and felt that including Trainers in battle and seeing what they could bring to the table would add a dynamic element to the gameplay.

VG247: Given that this is the first anniversary, that's a big milestone - how are you now feeling about the lifespan of the game? How far into the future do you have plans? How many more anniversaries can you see the game continuing for?
Yu Sasaki: We are very satisfied with how far the game has come, but know that there's still much to do, as we always want to keep our players engaged with new experiences. I can't speak specifically to how far in the future our plans are, but we would surely like to see the game continue for many more years to come.