Incense is a valuable freebie or purchased commodity in Pokemon Go - but use it wisely. 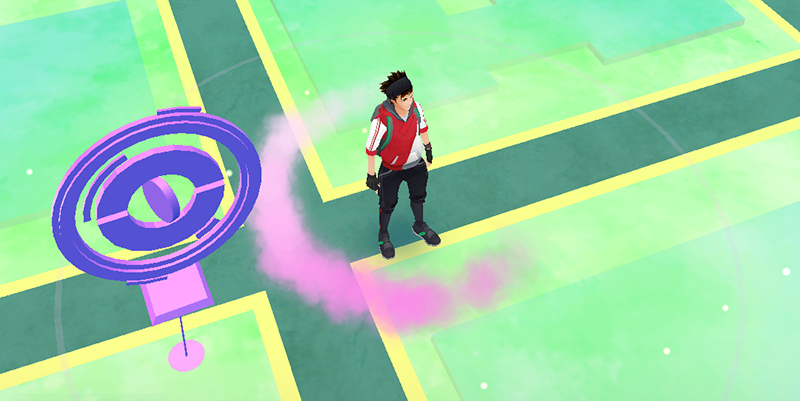 Incense is one of Pokemon Go's most vital and valuable trainer tools for catching more Pokemon and rarer Pokemon, especially now that developers Niantic have removed the step locator and closed down third party Pokemon trackers. Incense is a limited resource though, so you want to make sure you get the most out of it. Let us guide you how to do so:

Pokemon Go - Incense versus Lures: Which is better?

While Lures are used at Pokestops to give everybody nearby a net benefit, Pokemon Go's Incense item is a vital tool for any budding trainer - but it's also a tool that's easy to use incorrectly.

Lures are useful because they can turn a particular area into a Pokemon-catching paradise for everyone around a particular Pokestop, but incense specifically attracts Pokemon to you and you only.

Additionally, rarer Pokemon that you otherwise might not encounter in an area very often will be forced to spawn by incense. It also makes those naturally nearby appear more frequently, which is useful if you can see some of your most-wanted Pokemon on the nearby list but can't track them down.

Pokemon attracted by Incense will be surrounded by a swirl of purple gas that's meant to represent the scent of the incense you popped. These Pokemon are only visible to you, so there's no worry about competing with other trainers in the area either.

There's one key trick with Incense that can make or break your experience with it: Incense spawns 1 Pokemon every 5 minutes while you're standing still, but Pokemon will spawn every 1 minute or 200 meters when you're moving.

This means that, yes, popping incense while you're at home or at work not up to much actually isn't very helpful - you'll get at a minimum of a single Pokemon for every 5 minutes - 6 total while the incense is active - but that's it. If you've got a decent pace walking while using incense however you can catch far more and also catch a wider variety as you move through areas with different Pokemon available.

The fastidious fans over on the Silph Road Pokemon Go research group subreddit have reported that Incense has become noticeably more potent and attracts rarer Pokemon in the wake of the first August update, though there's a dispute on if this is actually the case or not.

Catching Pokemon nets 100 XP if you've already caught one before and 500 XP if you haven't. This makes Incense an ideal way to level up, too - combine smart incense use with the XP-boosting Lucky Egg item and our strategy of walking a Pokestop lap while evolving lower-end Pokemon to maximise your XP gain over a half hour period.

How to get more Pokemon Go Incense

If that isn't enough incense for you, it's also available from the in-game shop for 80 coins, with bundles of 8 available for 500 coins and bundles of 25 available for 1250 coins. At a basic level 100 coins will set you back $1, though the more you buy the cheaper it gets right up to a ludicrous 14500 coins for $100. Spend wisely - and when you do, make sure you use your incense correctly!