Jessie and James will be returning to Pokemon Go, and you will also be able to catch a Shiny Celebi with Special Research.

To celebrate the upcoming release of  Pokemon the Movie: Secrets of the Jungle, Jessie and James will be returning to Pokemon Go, and you’ll be able to encounter Shiny Celebi by completing limited-time Special Research. 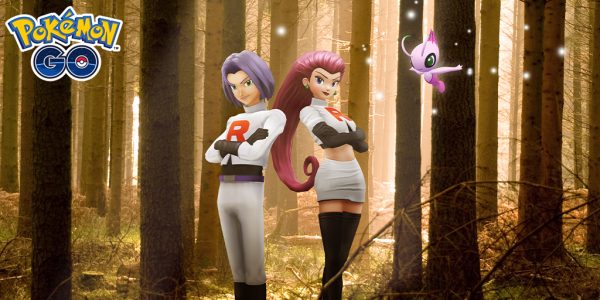 The duo will be returning in their Meowth balloon for a limited time on December 25 with a different Shadow Pokemon than the last time they appeared.

Explorer Pikachu will also make its debut in the wild and in raids from December 14 -21. During this time, you may even encounter a Shiny Explorer Pikachu.

During the Pokemon Spotlight Hour on Tuesday, December 15 from 6pm to 7pm local time, Explorer Pikachu will be appearing more frequently in the wild, and you’ll receive twice the Candy for catching Pokemon.

Also on December 14, Hoothoot, Nuzleaf, Drilbur, Cottonee, Dwebble, and more will be appearing more frequently in the wild. If you’re lucky, you might encounter a Durant.

Lickitung, Mawile, Flygon, Rufflet, and more will be appearing in Raid Battles, and Igglybuff, Smoochum, Elekid, Magby, Bonsly, and Rufflet will be hatching from 5 km Eggs. You might even find a Shiny Rufflet.

And don't forget about the Community Day weekend which takes place December 12-13.

During this time, Pokemon featured in Pokemon Go Community Day events throughout 2019 and 2020 will be appearing more frequently in the wild and in raids.