Niantic has started to issue ban notifications to users who have used certain third-party apps or pieces of software. 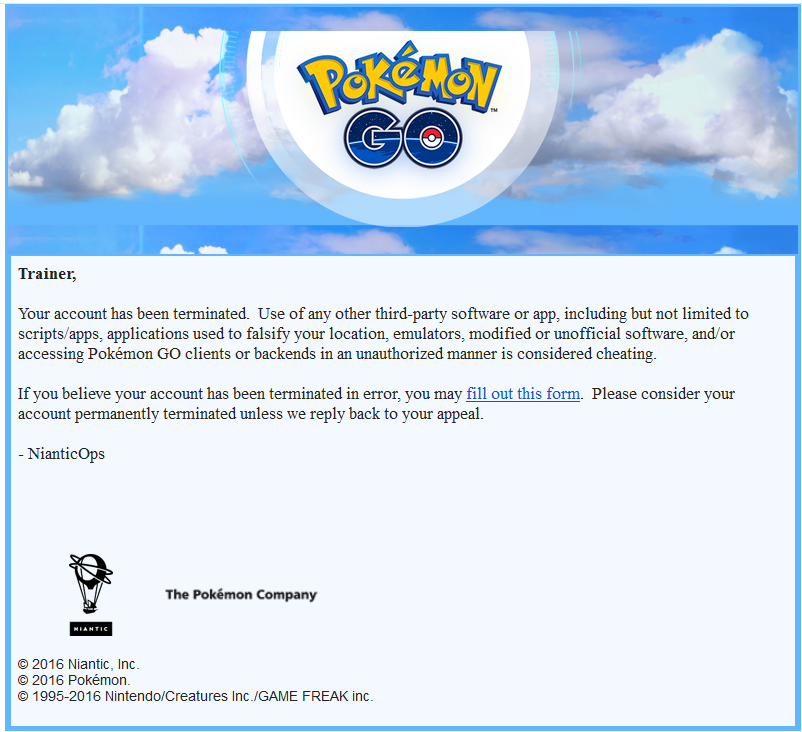 The image above was posted on Reddit by user zslayer89. "If you feel you were wrongly banned, the notification comes with a link to try to appeal your ban", they said.

Using third-party apps, which have consistently been shut down by Niantic, goes against their terms of service. Many users have turned to these systems because Pokemon Go's in-app tracking was proving insufficient.

It recently became clear that this was likely to happen, but this is the first we've heard of users actually receiving notifications from Niantic.

Many users in the Reddit thread are now worried that they will be banned without cause. Reddit user TheRisingBlade summed up many people's concerns: "I'm just worried that the one website i logged into once, for 30 seconds (some IV website), is gonna get me banned..."

Some users are reporting in the thread that they have received the e-mail, but are still, as of right now, able to log into their accounts.

In any case, it seems that Niantic is following through on their desire to crack down on the use of third-party apps with Pokemon Go.