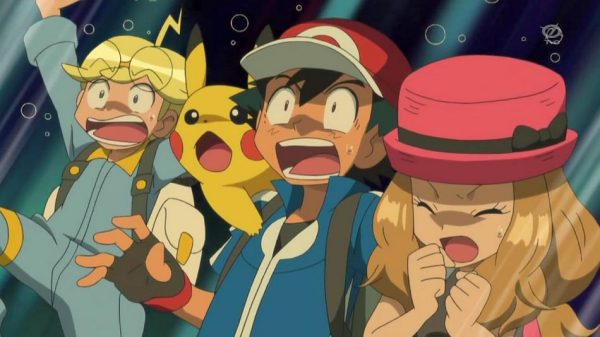 The popularity of Pokemon Go during its debut week was unprecedented. Within three days of release, in the US alone, it had more active users than Twitter, topped the App Store, the Google Play charts and raked in millions of dollars.

Apple even confirmed recently to Polygon it was  downloaded more in its first week than any app made available through the App Store. Although the company didn't share any figures, you know the number had to be huge: by July 14, it had over 21 million daily users on both formats, making it the “biggest mobile game in US history."

According to the firm, usage of Pokemon Go peaked on July 14 a week after release with downloads peaking day-of release.

It is estimated that over 25 million smartphone users the app on July 14, and remained rather steady the next few days before the decline.

And despite all the hoopla in the media and word of mouth, downloads of Pokemon Go were largest on July 7 when it launched in the US.

"Pokemon Go achieved the same thing in a single week."

"Plus, the game is not yet available in all countries of the world, with some major countries yet to enter into the hype cycle."

So while the data says "yes, it has peaked," SurveyMonkey Intelligence said there’s still "every chance" the game will attract millions of users and continue to make millions for Niantic Labs and The Pokemon Company "for months, and even years to come."

Since the data compiled only focuses on the US, the number of users and downloads worldwide aren't taken into account.

Pokemon Go was just made available in Japan two days ago, Canada on July 17, and 25 European countries plus Greenland on July 16. It was rolled out slowly, so as not to cause servers issues.

Even if the data is showing a peak currently, once trading is added and other generations of Pokemon are included, daily users will take off once again. 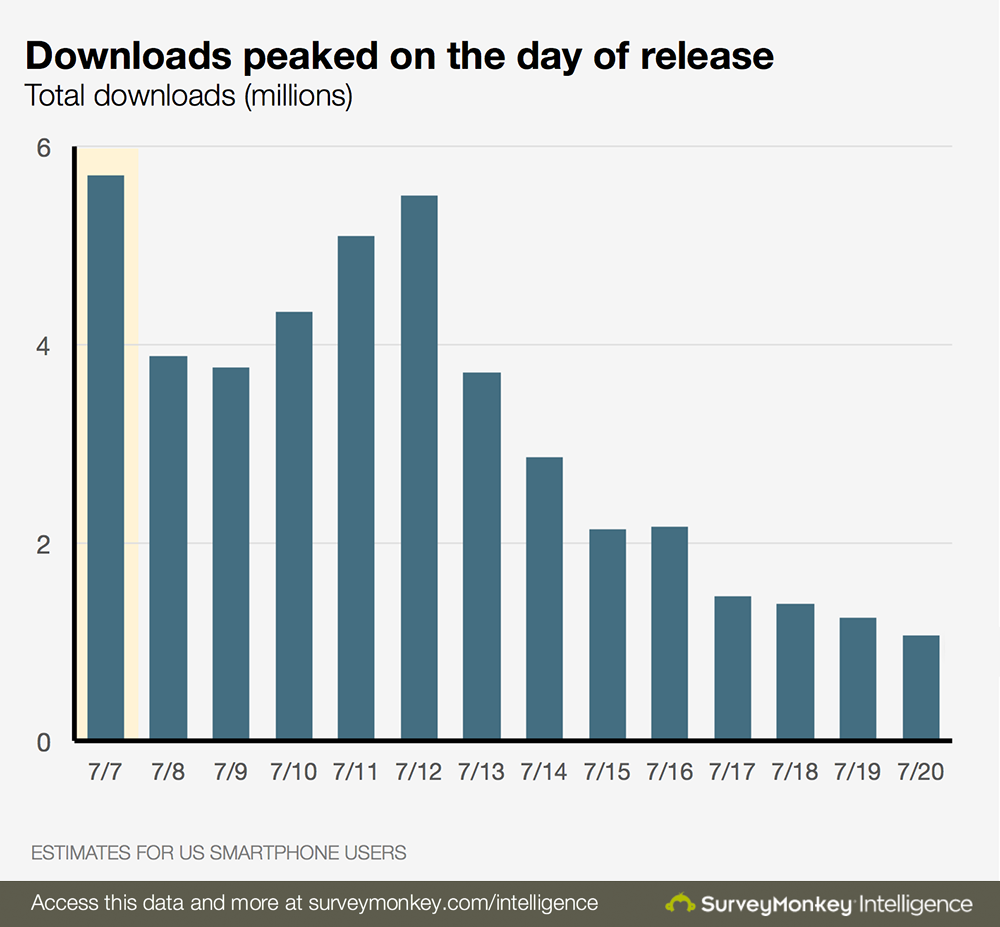 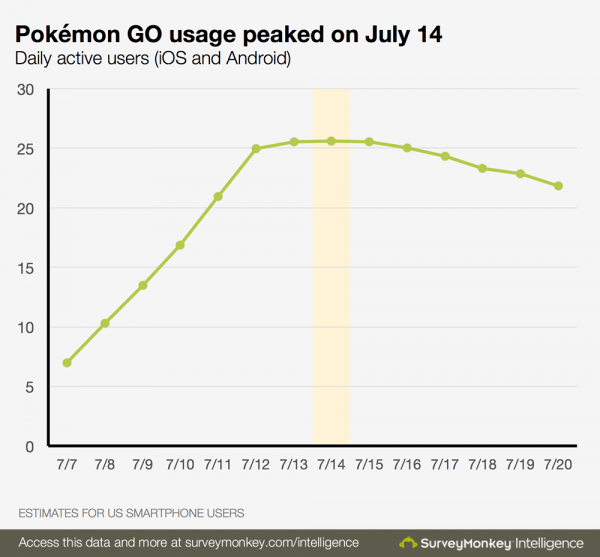