On March 22, Pokemon GO players can participate in the second-annual Eggstravaganzam which is an Easter event of sorts.

This time out, players will have more chances to hatch an even greater variety of Pokemon found in 2 km Eggs. These eggs will only be available from PokeStops during the event. Once it ends, that's it.

Pokemon that normally hatch from 5 km or 10 km Eggs, such as Wynaut or Ralts, will be found in 2 km Eggs until the event ends on April 2 at the same times. 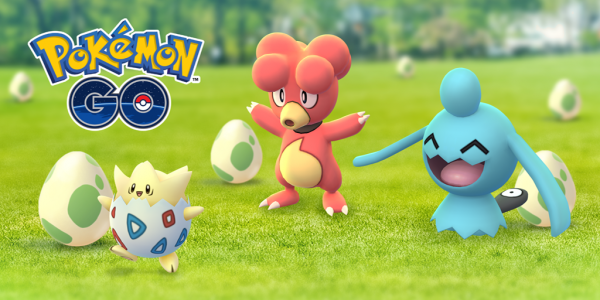 There will also be an increased hatch rates for Pokemon such as Pichu and Togepi.

Also, every Egg hatched during the event will include bonus Candy, and double Stardust is available throughout the event.

The in-game shop also has special boxes which include Super Incubators and Star Pieces.