PlayStation VR titles were a big part of PlayStation Experience again this year.

Sony showed off plenty of PlayStation VR titles at PSX 2017 over the weekend, and even hosted a panel dedicated to the peripheral earlier this afternoon.

We've posted some PSVR highlights below along with trailers where available. Some of the games listed below have been previously announced, but there are a few newbies as well.

Various titles are also on the show floor, and include: Anamorphine, Golem, Gungrave, Knockout League, League of War: VR Arena, Moss, Shooty Fruity, and The Persistence. In all, there are 19 PSVR titles available to play at PSX this weekend.

One of the bigger bits of VR news out of the show this week, was Golem finally being handed a release date. It's out on March 13.

Announced in 2015 by independent studio Highwire Games, Golem revolves around an injured child with magical gifts, and allows the player control and battle golems. It looks really cool.

Find out more on other PSVR titles heading your way in 2018 below. 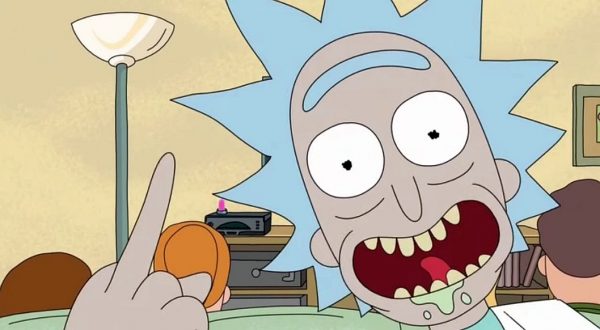 Rick and Morty: Virtual Rick-ality will be released on PSVR in 2018.

Previously released on HTC Vive and Oculus Rift, the Owlchemy Labs-developed Rick and Morty Simulator: Virtual Rick-ality allows the player to “touch Rick’s stuff," jump through portals and do other crazy as hell Rick-type things.

Players can also flip knobs, press buttons, wear hats, throw and break stuff, drink detergent and other un-safe things which can cause you to die.

There's also the ability to raise a pet, fix an intergalactic car, feed monsters, and eat normal things like fruits and vegetables.

Should the player decide to combine objects in the Combinator, new ones will pop out, and Rick's instructions can be either heeded or ignored. He'll probably utter a catchphrase or two at some point.

As Morty, you will also control a Youseeks, which are creatures summoned by activating a Modified Meeseeks Box.

No word on whether existence is just as painful to a Youseeks as it is to a Meeseeks.

Shooty Fruity is a mix between a job simulator and shooting. As a grocery store employee, players will scan items at checkout, serve food in the cafeteria, and pack produce. At the same time though, they will need to defend the store from mutant fruit attacks.

While busy doing all of the above, players will need to complete daily shifts at the store and purchase new weapons from the breakroom. Weapons include everything from grenades to shotguns, and the loadouts can be customized.

Shooty Fruity will release for PSVR, Oculus Rift and HTC Vive on December 19.

Developed by Artifact 5, Anamorphine puts players in the role of Tyler, who has hit rock bottom in life. It's described by the studio as an "introspective journey" which shines a light on "mental health and how we deal with trauma, guilt and depression."

The goal is to discover what happened to Tyler by journeying through memories of his relationship with his wife Elena and her depression. Escape his reality, or face it and figure out how to move on as Tyler's subconscious twists the game in unexpected ways.

Anamorphine will release on January 16 for PSVR, HTC Vive, and Oculus Rift.

For those who don't own a VR headset, you can pick it up on PC and PlayStation 4. It will also arrive on Xbox One sometime after it launches on the aforementioned platforms.

Knockout League is an arcade-style boxing game which features plenty of moving and dodging with your body. You know, like a boxer.

It features 1:1 punch movement which can be used against a variety of characters with different fighting styles.

Knockout League will release for PSVR in 2018 and it's also available for HTC Vive and Oculus Rift through early access.

Remember Gungrave? Well, it's back - but on PSVR. The virtual reality version of the 2002 shooter was announced at TGS 2017 back in the summer, and since a new video wasn't released for it out of PSX 2017 (as of press time), we've posted the TGS video below.

Gungrave was originally released on PlayStation 2 by Red Entertainment. The VR version is in development at Iggymob, and while it's based on the original game, it takes things a bit beyond Gungrave: Overdose, which released in 2004.

Gungrave supports both first and third-person gameplay, and releases in 2018 for PSVR, Oculus Rift and HTC Vive.

Developed exclusively for PS4 and PSVR by Firesprite, The Persistence is a first-person horror game set in deep space.

"In the year 2521, a scientific vessel called The Persistence arrives at the site of a collapsing star 17,000 light years from earth. While conducting a major experiment, a horrific incident occurs mutating many of the crew. As The Persistence is pulled into the gravity of the collapsing star, the ship's computer, 'IRIS' wakes remaining members of the crew from cryogenic sleep - one at a time."

The Persistence is procedurally generated, and every time the player dies from a calamity, a new character is awoken by IRIS - and even the layout of the ship will change. Every life will play out differently, and there will be different enemies to face, items to find and power-ups to collect.

Players can enlist their friends to help out by connecting to the game through a smartphone or tablet. Doing so, friends can hack into the ship's computer to control doors, freeze or distract enemies, disable traps and find hidden items.

The caveat? Sometimes, the "friend" playing on the phone or tablet gets rewarded if you die. Choose your friends wisely.

The Persistence will release in July 2018. A trailer from March is posted for the game below.

Designed in collaboration with Justin Roiland's Squanch Games, the game is double the size of the two studios' original Accounting, so prepare yourself for even more cartoon violence, gore, suicide, and tax work.

You can pick up Smith & Smitherson Accounting+ for PSVR next week on December 19.

Vacation Simulator, as you can tell by the trailer, is just as silly as everything else from Owlchemy. While at the beach, you can toss hermit crabs at bots, eat hot dogs, and according to the description, even get sunburned.

Vacation Simulator will be launching on Vive, Oculus, and PlayStation VR in 2018 with more information available at a later date.

Killing Floor: Incursion was also announced for a PSVR release in 2018.

Announced in 2016 for Oculus Touch, the VR title is a cooperative shooter set in the Killing Floor universe.

Players take on the role of an elite Horzine Security Forces soldier who along with allies must team up to fend off the Zed hordes. The game contains an “array of weapons” such as guns and blades.