It's PlayStation 4's fifth anniversary and Sony has marked the occasion by listing some interesting stats.

Stats listed by Sony for the fifth anniversary of PlayStation 4 include the top five best-selling games, the most popular DualShock 4 color, and by reiterating the system has shipped over 86.1 million units life-to-date.

You can look over the stats listed in the infographic below, but in case you're on mobile, we've also posted bullet list.

Along with the stats, Sony also announced a new Call of Duty: Black Ops 4 bundle will arrive in stores November 27.

It comes with a 1TB system in black, matching DualShock 4 wireless controller, and a copy of the game on disc for $299.99. 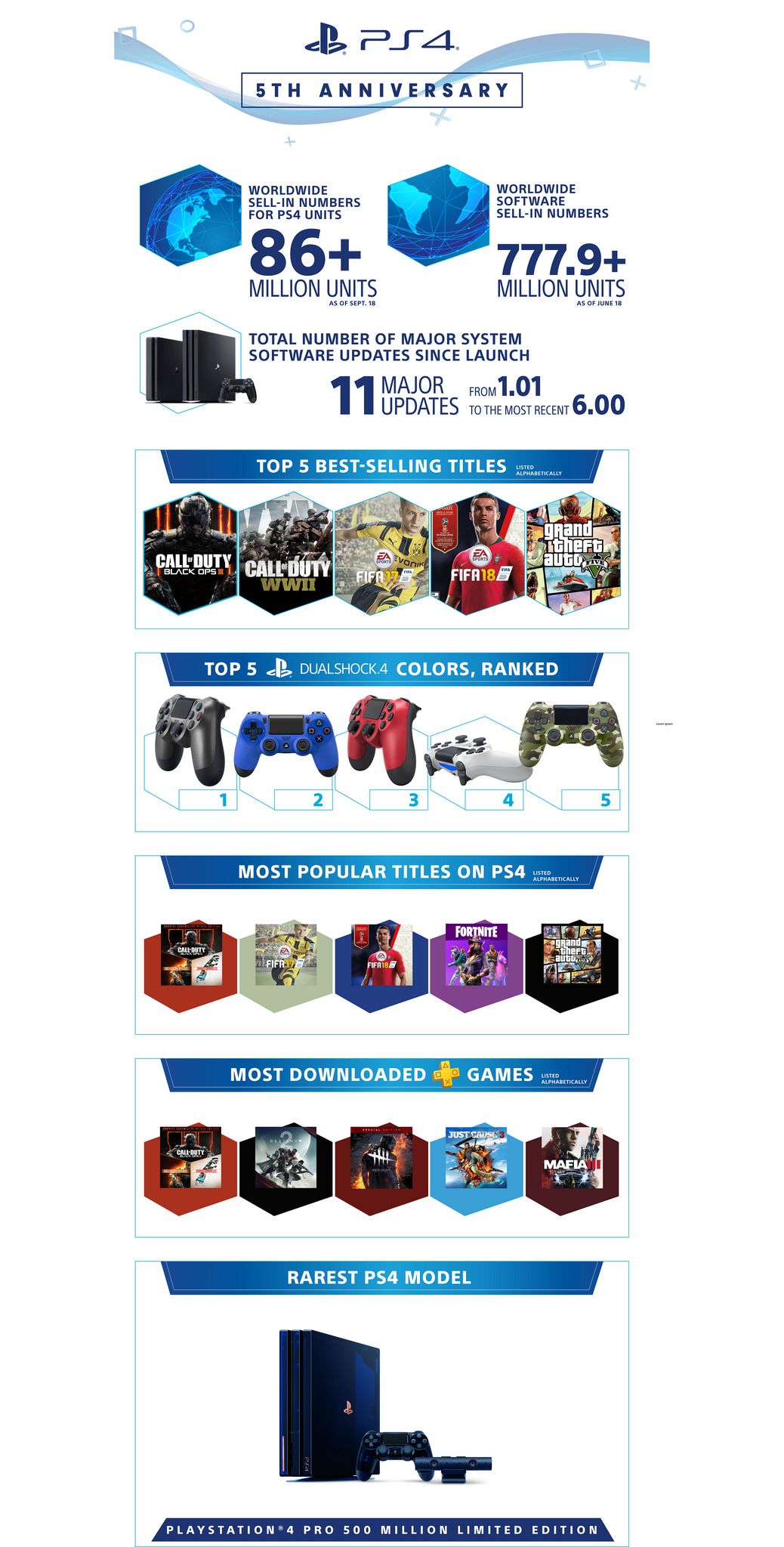